10 Most Adorable Moments on Carmilla | The Mary Sue

“How Dear You Are to Me”: Ranking Carmilla‘s 10 Most Adorable Moments 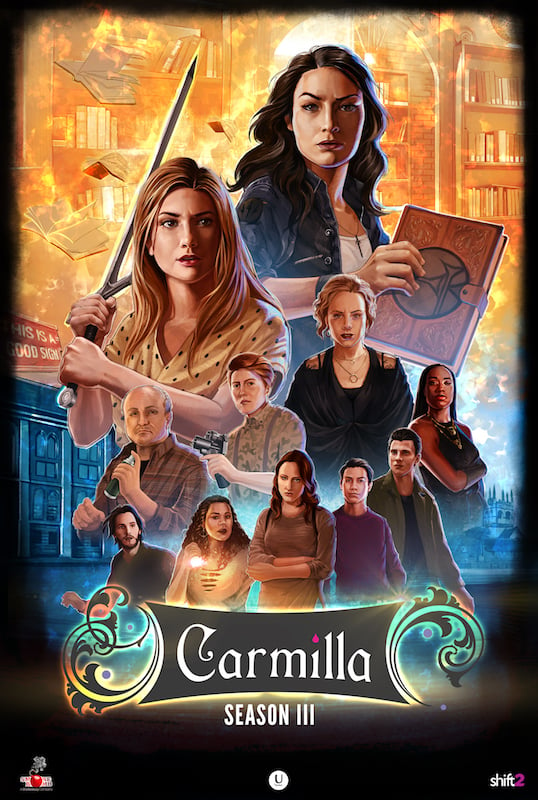 Spoiler Alert: This article spoils events of both Carmilla Season 1 and Season 2.

If you were a huge fan of Buffy the Vampire Slayer or Anne Rice’s Vampire Chronicles, but thought that the homoerotic subtext between certain characters (Lestat and Louis for life!) should just be text, then Carmilla might be the show for you.

Carmilla is a Canadian webseries based on a 1871 novella written by J.. Sheridan LaFanu that is considered to be the first example of vampire fiction by some scholars. The show follows the trials and tribulation of Laura Hollis (Elise Bauman), an enthusiastic journalism student at Silas University, a school that is basically Hogwarts set in the Welcome to Nightvale universe as she investigates the mystery of her missing roommate. And along the way, she meets and falls in love with Carmilla (Natasha Negovanlis), an apathetic philosophy student and messy roommate, that happens to be a vampire and the adopted daughter of Silas’ Dean, who is responsible for all the weirdness going around. The show is filled with romance, (mostly offscreen) fantasy action, pop culture references, sentient libraries, fish god cults and has a bit of a Lovecraftian vibe without all the racism and anti-Semitism.

Carmilla season 3 premieres today, September 15 on the KindaTV YouTube channel and will conclude the saga of star-crossed lovers and evil mothers/higher education administrators. Here are some of the show’s most adorable moments so far to get you hyped up for the final season. 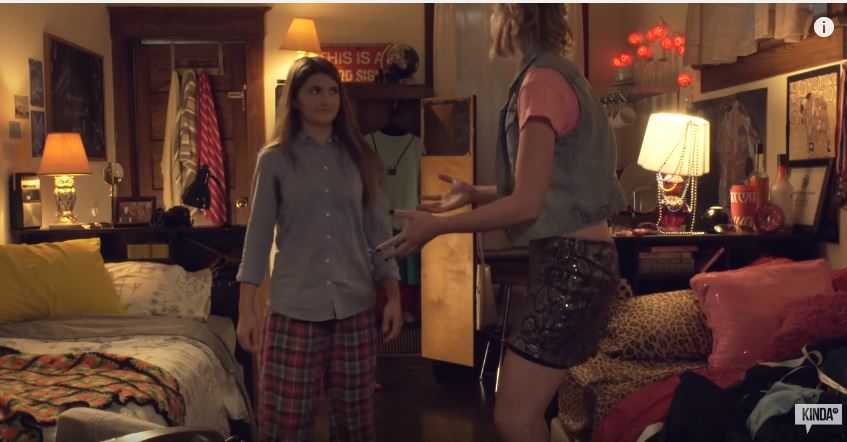 A fun thing to do with TV shows is compare the characters’ fashion sense and general look in the first and last episodes of a series. (Somehow Picard got hotter over seven seasons of Star Trek: The Next Generation.) And Laura is downright adorable in Carmilla‘s first episode, rocking a button down shirt and pajama combo as she sets up her Twitter account and digital journalism project. She is also very passionate about discovering the mysteries of her new university, including a sentient library catalogue, who is later revealed to be a sexy British man. 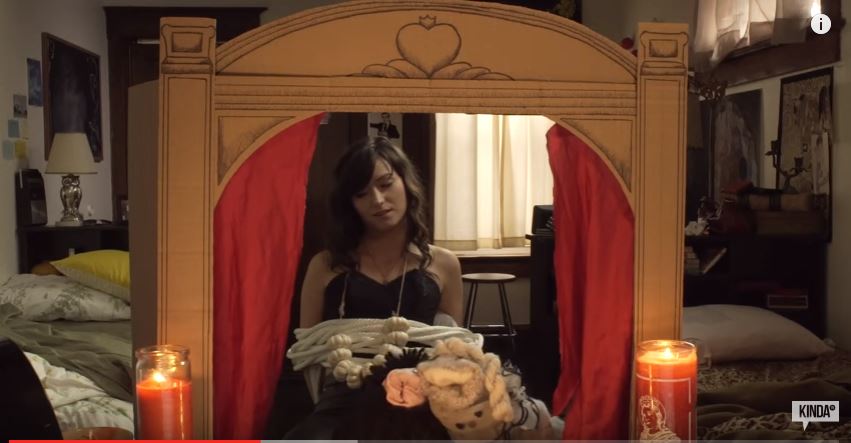 Fans of Carmilla are affectionately known as Creampuffs. (You can even buy a Snapback to show off your Creampuff status.) This is one of the many dessert-themed terms of endearment Carmilla uses throughout the series, usually delivered in an apathetic, slightly condescending manner.

“Creampuff” was first used at the end of “Advanced Interrogation Techniques” when Laura and her Scooby Gang—mad scientist LaFontaine (Kaitlyn Alexander), resident advisor/baker of cookies/cleaner of every surface Perry (Annie Briggs) and English Lit TA/Amazon warrior Danny (Sharon Belle)—were trying to get some answers about missing girls from Carmilla. Except she didn’t do the kidnapping and was just a pawn in her mother’s schemes.

This cues up the “creampuff” line and a whole episode dedicated to Carmilla’s backstory told with sock puppets, which kind of become inappropriate as it gets more and more tragic. Carmilla’s mom used her to seduce girls for sacrifices to keep her powers, but she fell in love with one of her marks. With the help of cute little puppets, we found out more about Carmilla’s life and character in a single episode than in the 19 previous. (Also, maybe Carmilla likes Laura and was flirting with her—not trying to eat her—at a party a few episodes before?) 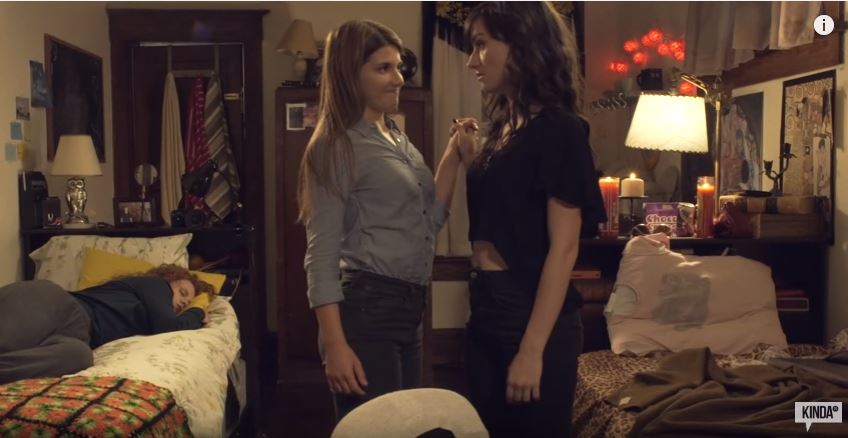 Speaking of flirting, the fact that Laura and Carmilla are destined to be a couple is blatantly showcased in “Blame Enough for All” where they share some alone time after LaFontaine is captured by Will, an evil vampire masquerading as a frat bro. (There’s so much to unpack there.)

They share a nice, quiet moment where Laura asks Carmilla what it was like to be a teenager in the 1690s. According to Carmilla, it involved drinking, staying up all night, and dancing. And then they waltz like it’s the end of the world. There’s an extra layer to this old-timey dance as Carmilla observes that the waltz was “sex in the 1690s”. Oh myyyy! After 30+ episodes of build up, Laura and Carmilla finally share their first kiss in the Season 1 finale. The episode starts by memorializing Carmilla’s heroic death as she wielded a sword that sucked her life force away to take out her mother, the Dean, for good. Laura gets super sentimental and refers to her as “my bad roommate” as the things which once made her loathe Carmilla early on are what she misses most. That’s kind of what love is.

Happily, Carmilla is revived with a healthy dose of blood, and Perry uses her impeccable timing to get the rest of the cast out of their dorm room so Laura and Carmilla can finally get their big damn kiss. Or multiple makeouts in this case, even if Laura is a little freaked out that Carmilla can shapeshift into a giant cat that happens to be her Twitter avatar.

There’s a lot going on, is what I’m saying. 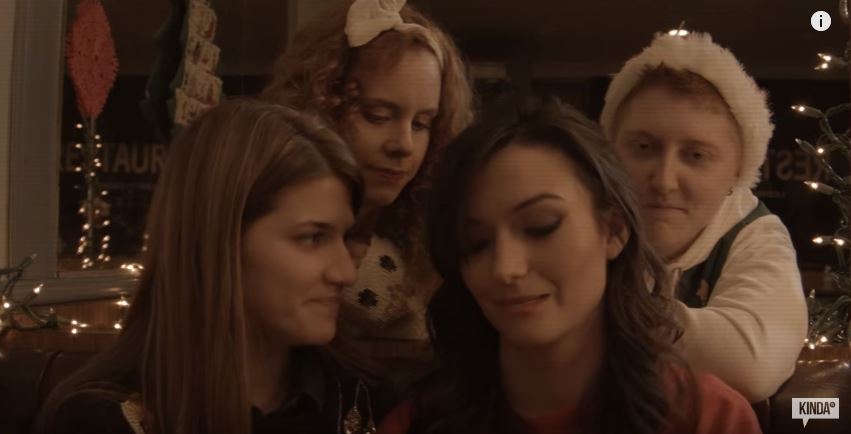 Laura is a huge fan of British television, like Doctor Who, and the Carmilla Christmas episode (set between seasons 1 and 2) is an homage to the Brits’ unique sensibilities: a standalone episode featuring creepy witches, gingerbread, and abandoned diners.

It’s also the only episode set outside Silas’ campus, and occasionally it’s nice to stay away from the weirdness and carnage for a bit. I am totally kidding about that. The episode starts out with the cast getting chased by peasants with pitchforks, ends with Carmilla disemboweling a witch, and Laura adorably wiping blood off Carmilla and wishing her “Merry Christmas” with a kiss on the cheek. It’s the perfect mixture of sweet and gory, just like Laura’s disposition and Carmilla’s past. 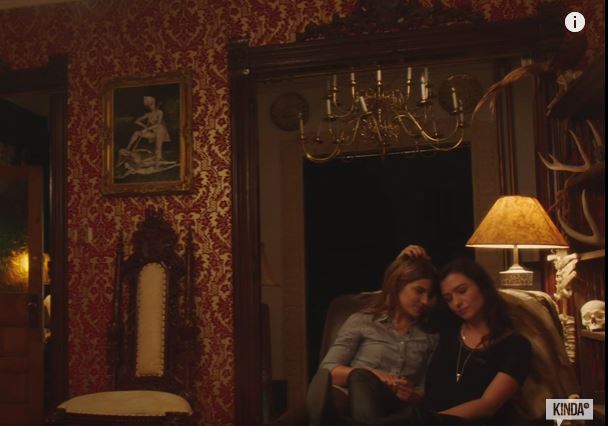 The first episode of Carmilla Season 2 is just non-stop lovin’. Laura can’t even record a video update of what she’s been up to without Carmilla cuddling up to her and wanting to smooch.

The flirting is really on point in this episode with Carmilla going all Xena and referring to herself as a “warrior goddess”, and Laura talking about not falling for “her 17th century version of game.” But, unfortunately, this isn’t a light, slice of life show, and there is a lot more than smooching in store for Laura when the members of Silas University’s newspaper are revealed to be dead. 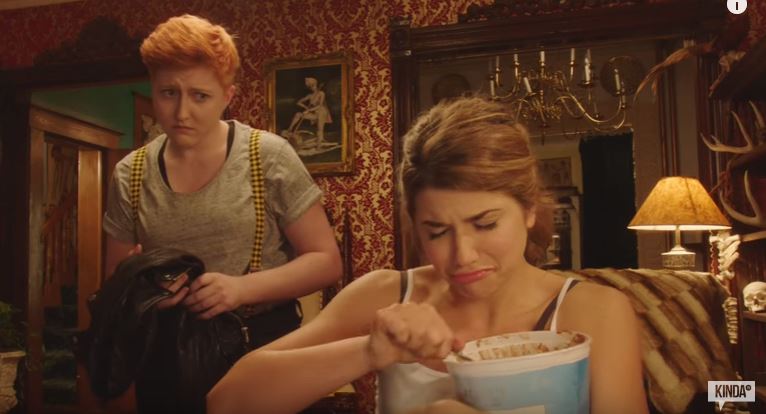 Thanks to Perry being possessed by the Dean for the entire season and the added complication of Carmilla’s adopted, murderous sister Maddie coming to town, Laura and her gang are really out of their depth in Season 2. This stress combined with Laura maybe loving the ideal of Carmilla as heroic vampire more than her reality leads to them calling it quits. Annnnd cue the breakup montage, featuring ice cream and novels about tragic relationships like Wuthering Heights. 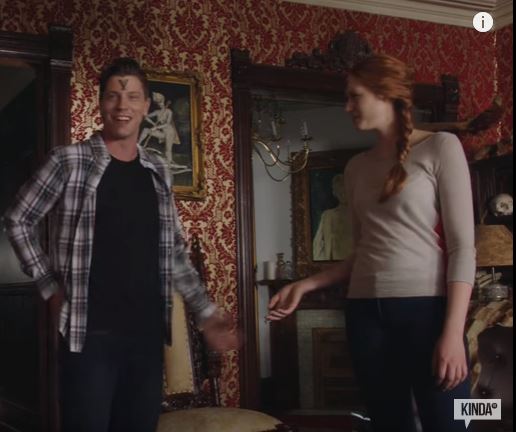 This technically isn’t a moment, but the adorableness in Carmilla doesn’t just consist of the relationship between Laura and Carmilla. One of the most underrated characters in the show is Kirsch, who begins as a stereotypical “bro” objectifying women and rating them on a 1 to 10 scale. But after one of his supposed friends turns out to be a vampire, Kirsch starts to change and grow close to Danny. She even saves him from being hunted and killed by a rival sorority. He also completely misunderstands the ending of Butch Cassidy and the Sundance Kid in one of Season 2’s funniest moments. 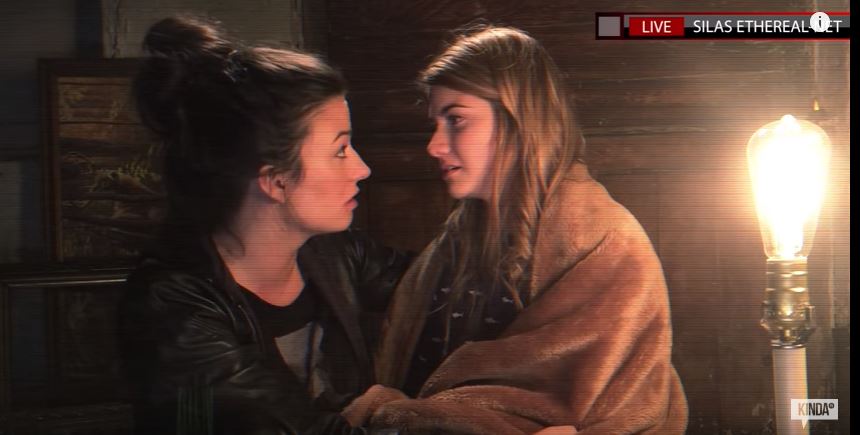 At the end of season 2, Laura feels a lot of guilt after she killed Baron Vordenberg. Luckily, Carmilla has been there and comforts her with various types of chocolate junk food from a vending machine in the library as well as some real talk about her continuing to try to do good. Laura and Carmilla aren’t technically “dating” at the end of the season. But they’re together, and that’s what matters. Even if they’re stuck in a creepy library, and two of their friends are possessed. 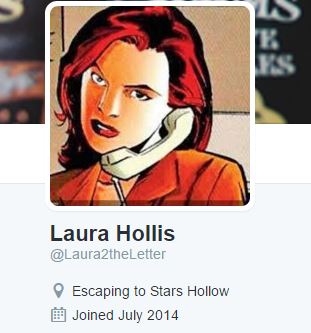 And if you need more Carmilla content besides Hollstein fics, a great place to go for more adorableness is Laura Hollis’ official Twitter account. It’s a perfect mix of talking about her feelings and live tweeting TV shows like Gilmore Girls and Agent Carter (RIP). Now that season 3 has begun, I can only imagine the feels soon to be found therein.

Have a favorite Carmilla moment that didn’t make this list? Let us know in the comments!