US House Votes To Decriminalize Marijuana, but It Will Die in Mitch McConnell’s Senate 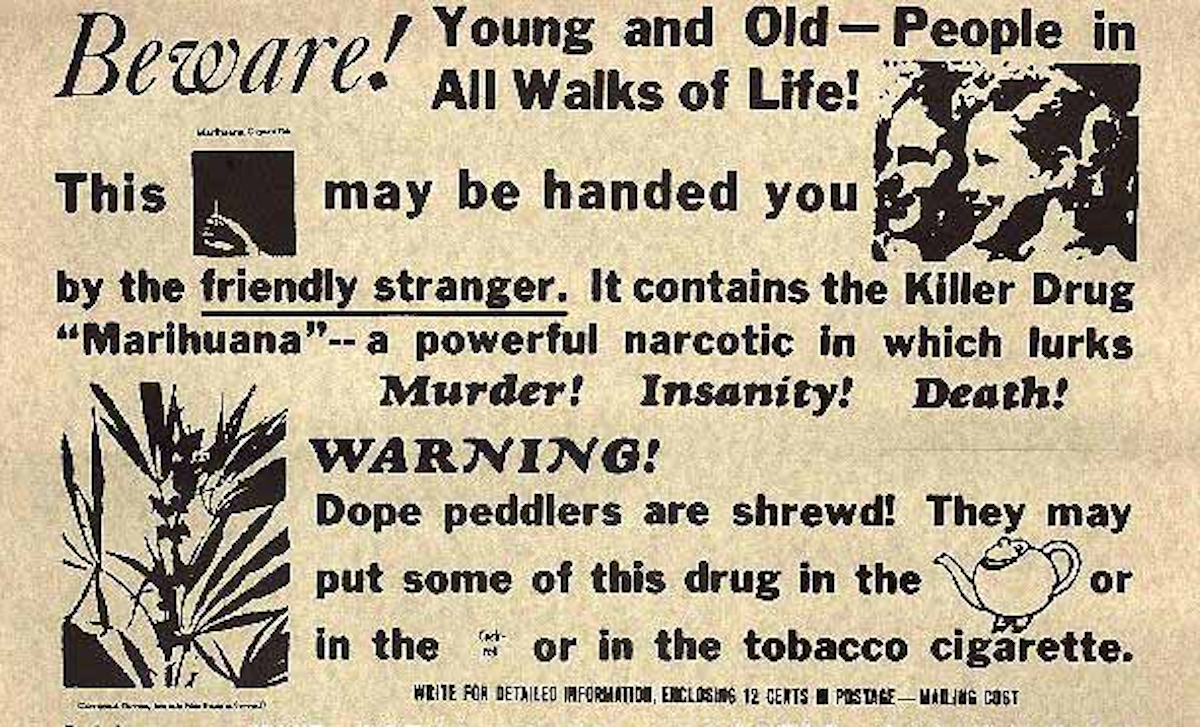 The US House of Representatives voted today to decriminalize marijuana at the federal level. This is a huge step, but unfortunately, the current momentum here is likely to die in the GOP-controlled Senate overseen by the Pale Man cosplayer Mitch McConnell.

Why does Mitch McConnell look like the Pale Man from Pans Labyrinth pic.twitter.com/n1runbiVcA

The House endorsed a landmark retreat in the nation’s decades-long war on drugs Friday, voting to remove marijuana from the federal schedule of controlled substances and provide for the regulation and taxation of legal cannabis sales.

The vote was 228-to-164 and marked the first time either chamber of Congress has voted on the issue of federally decriminalizing cannabis.

The vote indicates a potential sea-change in the federal approach to marijuana that matches with a massive shift in public opinion over the last decade. Both parties remain wary—as WaPo points out, the contentious measure was left for after the election—but the election also demonstrated just how much decriminalization and legalization has advanced in America, “with voters last month opting to liberalize marijuana laws in five states — including three that President Trump won handily.”

Fifteen states have now authorized some form of recreational cannabis legalization, while 36 states have approved medical marijuana programs, according to the National Conference of State Legislatures.

The history of marijuana’s criminalization in the United States is deeply racist, and just as racist and prejudicial is the application of laws and punishments that “govern” it. Criminalized marijuana has impacted communities of color at a wildly disproportionate level, and continues to be a shameful scourge in this nation.

If you’ve never studied the history of why marijuana, long considered an essential crop in America, became scrutinized and criminalized in the 1930s, here are some horrifically racist quotes from the horrifically racist anti-weed crusader Harry Anslinger, the founding commissioner of the Federal Bureau of Narcotics:

“Reefer makes darkies think they’re as good as white men. The primary reason to outlaw marijuana is its effect on the degenerate races.”

“I wish I could show you what a small marihuana cigarette can do to our degenerate Spanish-speaking residents. That’s why our problem is so great, the greatest percentage of our population is composed of Spanish-speaking persons, most of who are low mentally.”

“Their satanic music is driven by marijuana, and marijuana smoking by white women makes them want to seek sexual relations with Negroes, entertainers and others.”

Anslinger, for deeply racist and cravenly career-advancing reasons, was a primary driver of why marijuana came to be outlawed in the United States. As Natalie Papillion writes on Medium, “Despite having no basis in scientific fact, Anslinger’s state-sponsored propaganda campaign would generate enough public hysteria around ‘the devil’s lettuce’ that Congress would classify it—alongside heroin and LSD—as a ‘Schedule 1’ drug.” So, to summarize: fuck the federal prohibition of marijuana forever.

We’ve come a long way from the days of Harry Anslinger, but unfortunately, we’re still subject to the days of Mitch McConnell. Shocking no one, House Republicans and McConnell, the Senate Majority Leader, are against the House’s progressive decriminalization stance. WaPo:

Top Republicans — including House Minority Leader Kevin McCarthy (R-Calif.) and Senate Majority Leader Mitch McConnell (R-Ky.) — made derisive public comments about the bill this week, painting the measure as a frivolous diversion from the task of funding the federal government and delivering a new round of emergency coronavirus aid to Americans.

Mitch McConnell and the GOP Senate have been twiddling their thumbs and sitting on them, doing nothing to aid millions of struggling Americans since additional House coronavirus stimulus bills were passed in APRIL, but sure, Jan. This is just another reminder of how out-of-step the GOP is with the majority of Americans, and how they continue to back racist, regressive policies.

There’s a light at the end of this tunnel, however. Mitch McConnell is 78 years old, and even with the number of bargains he’s struck with the devil, he won’t be in power forever. The fact that the House voted in this fashion to advance marijuana decriminalization means that this is where we’re headed.

68% percent of Americans support marijuana legalization, according to Gallup’s most recent poll. It’s a century overdue, and the harm caused by the failed war of drugs, especially where cannabis is concerned, is irreparable. We can only do better. But no matter what Republicans try and do, there’s no going back from this historic leap forward.

Apropos of nothing, here’s how you can help with the upcoming Georgia runoff Senate elections.