It’s About Damn Time: House to Vote on Impeachment Inquiry Procedures on Thursday

It's all coming together ... 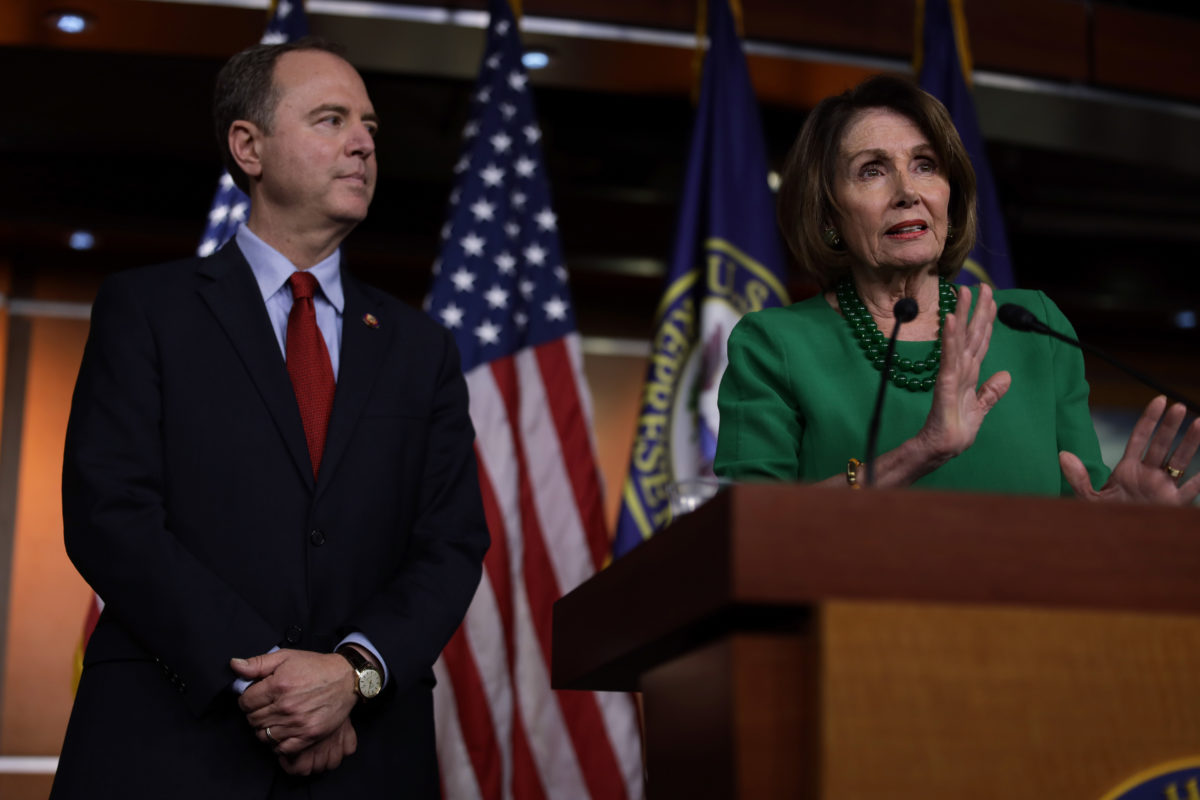 House Democrats announced today that the House will finally vote on Thursday to formalize procedures for the next phase of the impeachment inquiry against Trump, according to the Washington Post. This move is to “ensure transparency and provide a clear path forward” say House Democrats, “as the inquiry continues.”

Meanwhile, Chairman Adam Schiff has said that Charles Kupperman (the former national security adviser) had “no basis in law” when he skipped his deposition, furthering evidence that Trump was making efforts to obstruct Congress.

While the text of the resolution is not yet available, Committee Chairman Jim McGovern has said that the resolution will “ensure transparency and provide a clear path forward” as the investigation continues. “This is the right thing to do for the institution and the American people.”

Much like Cousin Greg torn between his terrifying grandfather, Ewan Roy, and his even more terrifying “fun uncle” Logan Roy (yeah that’s right I threw in a Succession reference), Kupperman filed a lawsuit on Friday, in an attempt to seek guidance from a federal judge about whether he should listen to the White House, which demanded he not attend, or to Congress. Since there hasn’t yet been a ruling, he declined to appear. Maybe he will also have a “Top Secret” folder on his desk just waiting to be shared with the world.

Kupperman is a key witness in the inquiry, having listened in on the July 25th call between Trump and Ukranian President Volodymyr Zelensky in which Trump pressed Zelensky to investigate Joe Biden and his son Hunter. This call was the igniting spark of the inquiry, which Trump and his allies have deemed a “hoaxus pocus” (yes really) on their hilariously terrible new merch.

18 (and counting) credible allegations of sexual assault were not enough to keep him from being elected or from starting impeachment proceedings immediately upon him taking office, but him going after the son of an equally old and pervy white man is? I guess we have to take what we can get? This is why I need the entire bottle of wine.