Start your Tuesday off right! 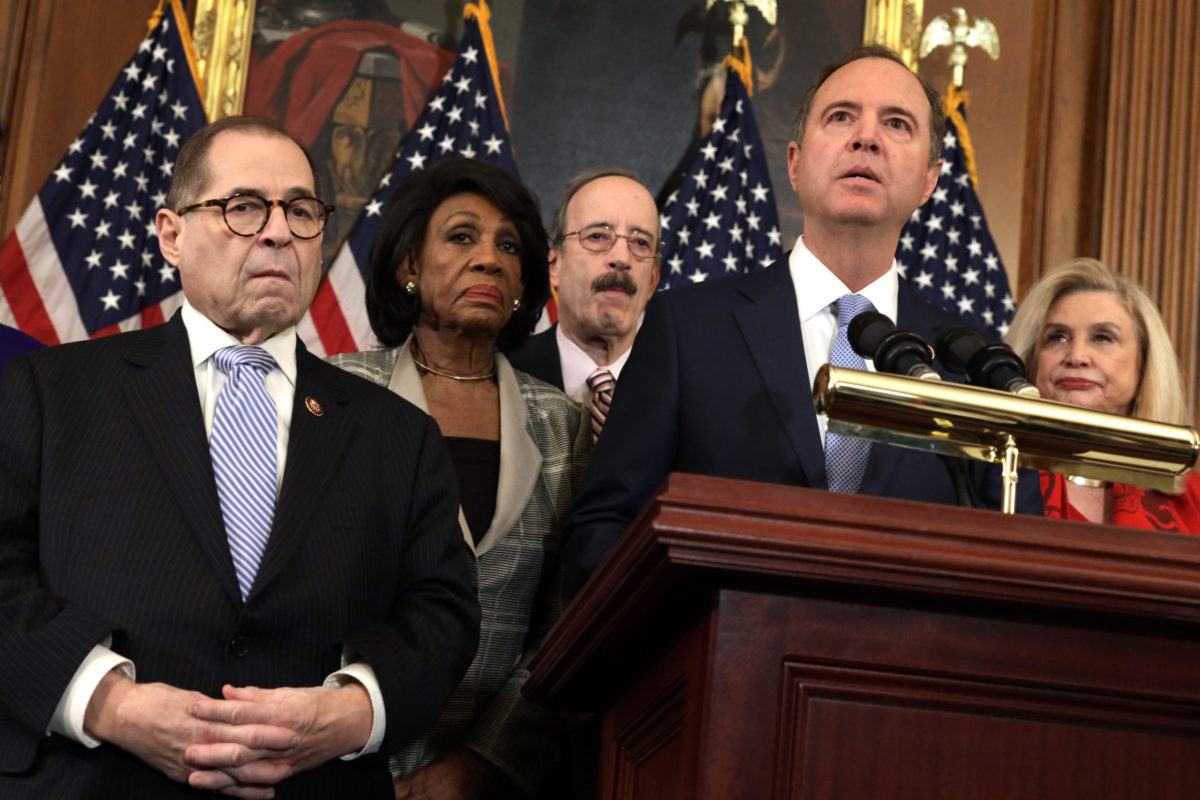 House Democrat leaders announced Tuesday morning that they will be bringing two articles of impeachment against President Trump. They are charging him with abuse of power and obstruction of Congress which will set in motion the third ever impeachment of a US president in our history. So you know what that means! Pop the champagne and crack open the orange juice because it is mimosa time!

“Our president holds the ultimate public trust. When he betrays that trust and puts himself before country, he endangers the Constitution,” Rep. Nadler says https://t.co/Fei99DCtx8 pic.twitter.com/E4HynZeW7S

The announcements come at the end of an intense investigation into Trump’s dealings with Ukraine, and are culminating in an historic moment – a vote to impeach with less than a year before the next election.

“Today, in service to our duty to the Constitution and to our country, the House Committee on the Judiciary is introducing two articles of impeachment, charging the President of the United States Donald J. Trump with committing high crimes and misdemeanors.”

The two articles of impeachment consist of:

There were rumors that a third article of impeachment relating to the Mueller report and the obstruction of justice it uncovered would also be handed down, but House Democrats decided to keep the articles of impeachment focused on Trump’s dealings with Ukraine. And while the Mueller report won’t result in its own article of impeachment, elements and episodes detailed in the report are expected to be incorporated into the charges as an example of Trump’s larger pattern of misconduct. One that began during the 2016 election and continues today.

The announcements today will now set the stage for a dramatic impeachment vote on the House floor next week. And if this week’s proceedings (from House GOP members shouting “objection” erroneously to Nadler’s firm-handed gavel use) are any indication, it is going to be the hottest of hot messes. So let us all put on our bibs and pull out the wet wipes because we are being served a steaming hot plate of impeachment ribs henny!

House Intelligence Chairman Adam Schiff is continuing to keep it spicy as well. During the announcement this morning, he said that the evidence against Trump was “overwhelming and uncontested,” and argued Democrats cannot wait for the judicial branch to rule on the witnesses and documents the Trump administration is blocking from Congress.

He continued his statement with:

“The argument why don’t you just wait amounts to this: why don’t you just let him cheat in one more election? Despite everything we have uncovered, the President’s misconduct continues to this day, unapologetically and right now.”

Schiff: “The president’s oath of office appears to mean very little to him but the articles put forward today will give us a chance to show that we will defend the Constitution and that our oath means something to us.” https://t.co/Fei99DCtx8 pic.twitter.com/cPxEX5M35S

Now before we get too hyped, the impeachment vote is likely to split largely along party lines, with a handful of potential Democratic defections. Namely a small number of centrist Democrats with constituencies in the heart of Trump country. Unsurprisingly, no Republicans appear likely to vote to impeach.

This is the fourth time articles of impeachment will be introduced against a US president. The House voted to impeach Presidents Andrew Johnson and Bill Clinton, who were both acquitted by the Senate, while President Richard Nixon resigned before impeachment articles went to the House floor. Sadly, I have a feeling Trump will continue the tradition set forth by Johnson and Clinton and get acquitted by the GOP controlled Senate. Which is also why our mimosas are going to be extremely necessary.