Hotel Artemis Review: A Collection of Talented Actors Doing a Lot of Nothing 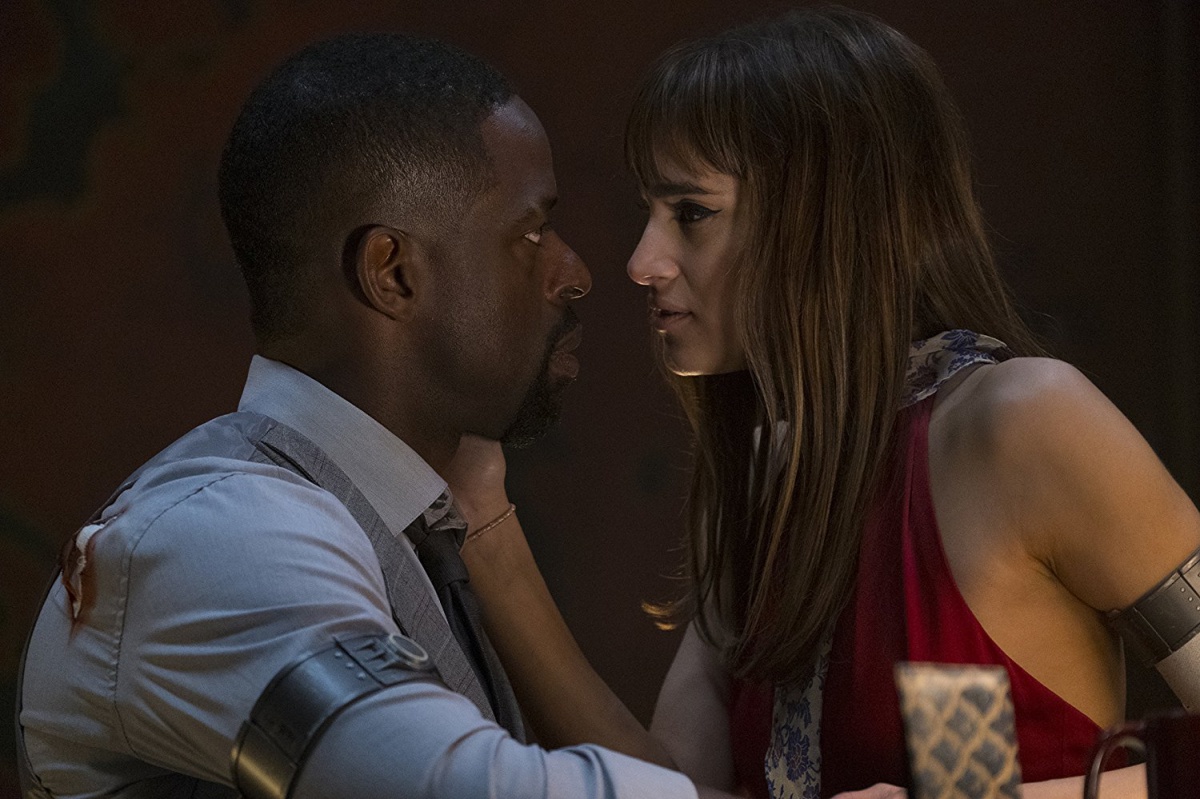 It’s really something when you can collect a group of talented actors, an intriguing premise, and a tight runtime, but end up with something so dull that it becomes unwatchable. Yet, Hotel Artemis manages to make an hour and thirty minutes seem like an eternity.

Set in 2028, L.A. is going through the worst riots the city has ever seen in response to the big evil corporation called Clearwater not providing clean water—that is the level of creativity that this movie will provide. Yet, instead of taking any time to develop the political underbelly or tension around this riot, it’s simply a plot device to boost conflict between the police and criminals.

Two of those criminals are brothers, nicknamed Waikiki and Honolulu (played by Sterling K. Brown and Brian Tyree Henry), who are injured by police during a heist and are forced to take refuge in the titular Hotel Artemis, a hospital for criminals, overseen by Jodi Foster’s character, Jean Thomas a.k.a. The Nurse. After the death of her son, The Nurse has become an agoraphobic alcoholic, who is sarcastic but loving, as shown by the tough love she shows her patients and her orderly, Everest, played by Dave Bautista.

The other “guests” in the hotel are Sofia Boutella’s Nice, an assassin and easily the best character in the movie, and Charlie Day’s Acapulco, who is a boring xenophobic, misogynistic, and elitist arms dealer who seems to be hamming it up while everyone else is playing the movie straight.

Despite the dystopian neo-crime thriller vibe the movie has in the trailer, it’s overall a quiet movie that wants to have emotional character beats, which would be fine if there was any time given to establishing these relationships.

Waikiki and Honolulu are brothers, but it seems like Honolulu is more of a tragic flaw in Waikiki’s character development than anything else. Nice and Waikiki are implied to have had a relationship prior to the events of the movie, but they only share one scene that delves into that relationship, yet we are expected to care about that during the climax.

Nice is easily the character we should have spent the most time with. The cool femme fatale is portrayed as highly capable, but we only get one scene that shows off both Nice’s deadliness and Sofia Boutella’s athleticism. If I didn’t already love Élodie Yung as Elektra, Boutella would be a shoe-in, maybe Typhoid Mary? Dave Bautista brings his impeccable comedic timing to Everest, but again, he doesn’t get enough to do.

Characters who add very little to the plot come and go, with Jenny Slate making an appearance about an hour in to provide some depth for The Nurse’s backstory, but it ends up meaning very little when the actual story concludes.

The final breath of air in a pretty dry film comes from Jeff Goldblum’s fantastic Jeff Goldblum-ness, and the fight scenes are engaging, but barely enough to keep you awake. I think the movie would have done better if it had leaned into its comedic elements, since all the actors are very good at nailing those bits, because there isn’t enough there on the dramatic side to really make you think. The elements that try to be deep fall flat, because they read more like inspirational quotes that might just as likely have come from a Tumblr meme as an actual person.

It sucks to be harsh on a movie like Hotel Artemis, because there’s so much lamenting about a lack of original ideas and creativity in Hollywood, so when you do get something that is original and not an adaptation, you want to see that really bring life to the cinema. Hotel Artemis doesn’t do that. It doesn’t take the time to play to its interesting cast and just leaves you wanting to check out early.

More Sofia Boutella in everything, please.