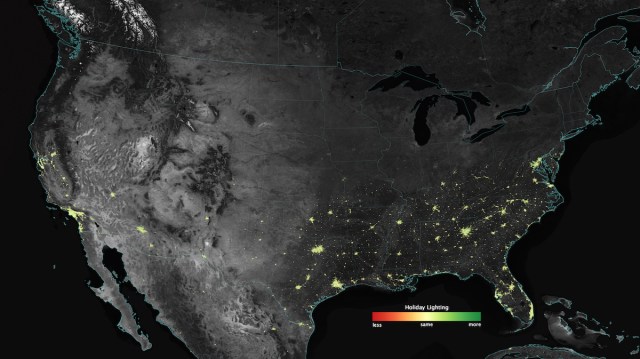 The Earth is always pretty when viewed from space, but NASA has some new data that shows that the holidays light up the Earth like, well, a Christmas tree.

From Thanksgiving through the new year, U.S. cities get about 20-30% brighter, while all those crazy light displays on big lawns in the suburbs increase nighttime light by 30-50%.

But Christmas isn’t the only holiday that sees the effect. In fact, the Islamic holy month of Ramadan causes an even bigger increase in nightly illumination during the summer, when Muslims fast during the day and become more active in evening hours. That time shift causes some cities in the Middle East to see as much as a 60-100% increase in brightness without even needing any 15-foot, blow-up Snoopy lawn ornaments in Santa hats. 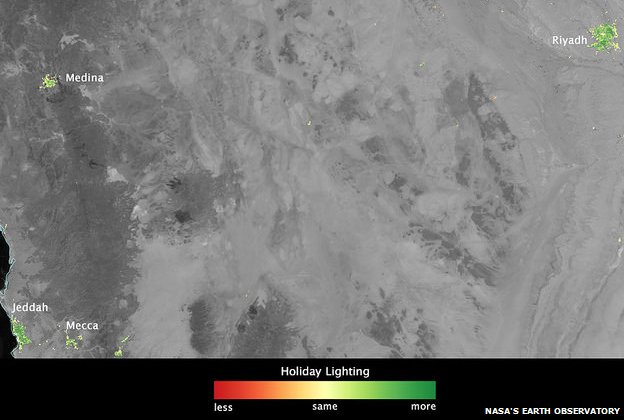 However, the increase in electrical demand is so great in some cities that it causes a decrease in brightness as vulnerable electrical grids go down. Eat your heart out, Clark Griswold.

(via BBC News, image via NASA)