Hocus Pocus 2 Has Put a Spell on Us With the Return of Bette Midler, Sarah Jessica Parker, and Kathy Najimy 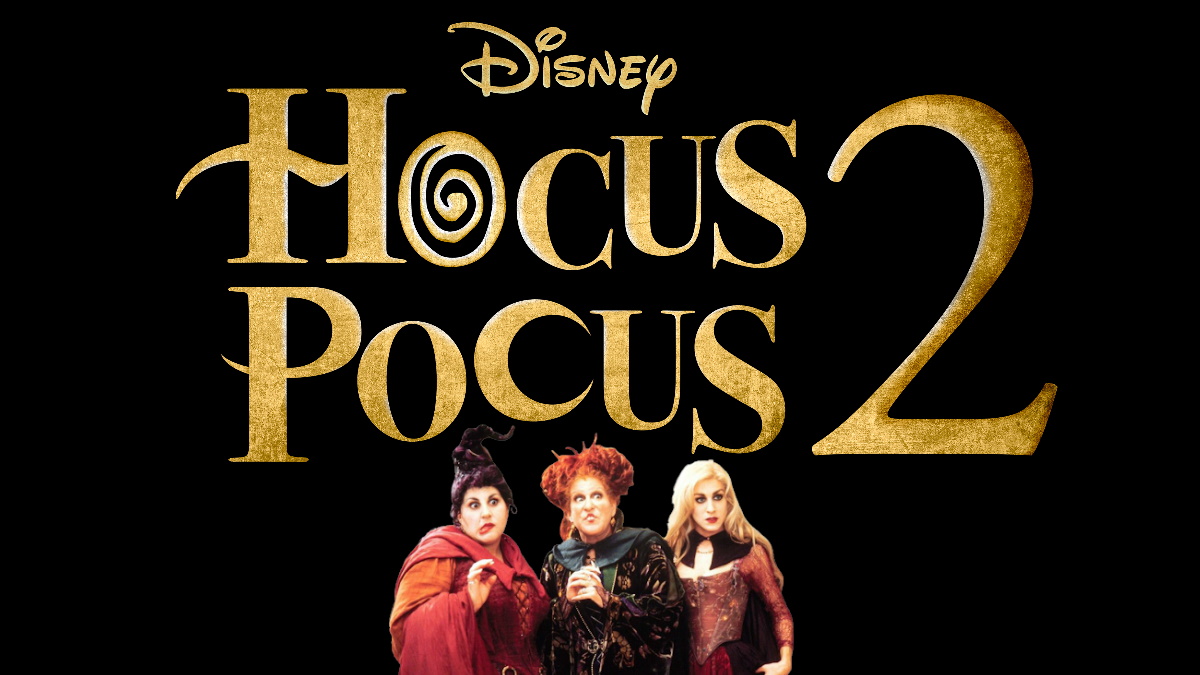 In 1993, a virgin lit a candle, but not just any candle, no, it was a candle that would set into motion the arrival of a trio of witches who would become a Halloween staple for Disney kids like me.

Hocus Pocus is one of those movies that puts a smile on my face whenever someone mentions it. I immediately think about my girl crush on Thackery Binx, coupled with my inner turmoil of liking the villainesses of the movie, the Sanderson sisters.

Some people think of Carrie Bradshaw when they talk about Sarah Jessica Parker.

I think of Sarah Sanderson jumping around and excitedly proclaiming that she’s gonna run amuck.

(OKAY, I probably had a girl crush on Sarah Sanderson, jeez, don’t call me out like this).

When the sequel was announced for Disney+ I honestly didn’t know what to think. The sisters are defeated at the end of the movie (boo, but also yay, I guess), so what could possibly be done for a sequel? Well, apparently, the three original actresses could be brought back to reprise their roles.

According to the press release, the story will be about three young women who accidentally bring the Sanderson sisters back to modern-day Salem. Of course, these women are going to have to figure out how to stop the sisters from singing haunting melodies like come, little children, I’ll take thee away, but let’s be real, I just wanna see Mary Sanderson discover the Roomba and wonder if she’s supposed to use it like a broom.

Originally, Adam Shankman (“Hairspray,” “The Wedding Planner”) was set to direct, but now it’ll be Anne Fletcher (“The Proposal,” “27 Dresses”) with Lynn Harris (“The Shallows”) serving as producer. Shankman, who is currently working on “Disenchanted,” will remain on the project as executive producer alongside Ralph Winter (“Adrift”) and David Kirschner (“Curse of Chucky”) with Steven Haft (“Tigerland”) serving as co-producer.

“As heartbroken as I am that I won’t be able to direct my friends Bette, Sarah Jessica, and Kathy in what is sure to be nothing short of a major event for Disney+ due to scheduling conflicts, I couldn’t be more pleased to be handing over the reins to Anne, who has brought so much laughter and joy into people’s lives with her previous work,” says executive producer Adam Shankman. “I am still grateful and proud to help shepherd this ingenious project as executive producer alongside producer Lynn Harris, whom I have loved and admired as a colleague and friend since she helped get me the job choreographing ‘Boogie Nights.’”

“Now more than ever, people need to laugh. We should be laughing every day, and there is so much fun to be had with these three unbelievable women playing delicious characters from such a beloved film,” says director Anne Fletcher. “I am so grateful to be able to play a part in bringing these witches back to life, and to be working with my friends at Disney again makes it all the more special. This is a movie for everyone, from the fans who grew up with the first film to the next generation of viewers, and I can’t wait to get started.”

I do agree that I could use a hearty laugh, and I think seeing Bette Midler, Sarah Jessica Parker, and Kathy Najimy walking the streets together and rediscovering our world could make for a fun movie experience. I’m especially curious because it’s not like they haven’t been here before, so instead of a drastic change from the late 1600s to the 1990s, they’ll just have to catch up on a couple of decades.

Still, a lot has happened since 1993, so I’m wondering what the three witchy sisters are gonna comment on.

How exactly would a Sanderson sister react to going viral?