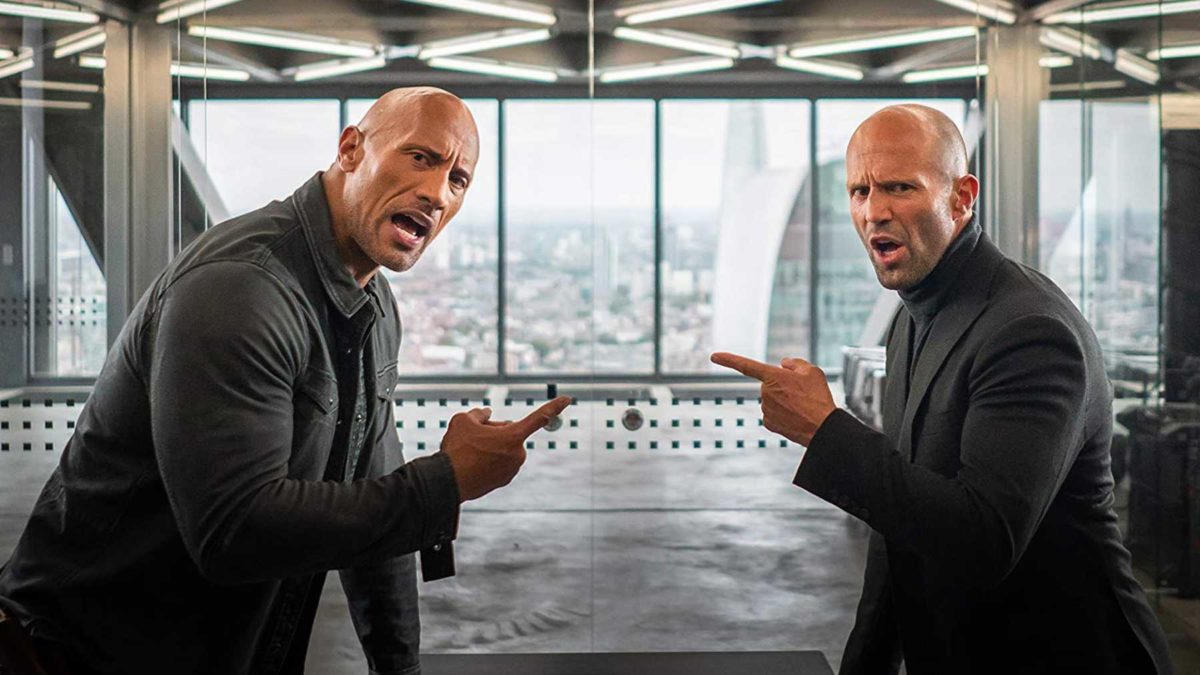 On paper, Fast & Furious Presents: Hobbs & Shaw has all the makings of a fun summer blockbuster. It’s a spin-off of a wildly entertaining franchise and it stars two of Hollywood’s most bankable action stars, Dwayne “The Rock” Johnson and Jason Statham. Plus, it’s directed by David Leitch, the man behind the delightful Atomic Blonde, Deadpool 2, and John Wick. This movie should be nothing short of a blast, and for the first 30 minutes, it is.

The film hews closely to the Fast & Furious formula that has proved so successful in its recent installments, with a plot involving international espionage, doomsday weaponry, and the fate of the world resting on two tough-talking bald guys. The recent installments in the F&F franchise have only grown more delightfully ludicrous, making its protagonists practically superhuman, so it’s hardly a surprise that Hobbs & Shaw goes full comic book with its villain Brixton (Idris Elba), a superpowered baddie who is so cybernetically enhanced he refers to himself as “black Superman”.

The film starts strong by leaning into a Mission: Impossible style caper led by Deckard Shaw’s sister Hattie (Mission: Impossible – Fallout‘s Vanessa Kirby) as a team of MI-6 agents secure a biological weapon only to be wiped out by Idris Elba and his team from Eteon, a shadowy terrorist organization/doomsday cult. Hattie injects herself with the weapon, code-named “Snowflake”, and escapes.

Called in to find her are the titular team-up of American ass-whooper and single dad Hobbs (Johnson) and suave British baddie Shaw (Statham). The film introduces our heroes with a split montage, showing them doing what they do best: delivering quips and beating the crap out of nameless baddies. Both actors have plenty of charm and charisma, making them a delight to watch.

The high energy duo meet up in London, where their insulting banter and back and forth is entertaining. But the real breakout star of the film is Kirby, who brings a terrific energy to the film. Kirby’s fight scenes are inventive and well-shot, and she’s more than capable of holding her own against the duo. the film starts out so strong with some lively and inventive action sequences, buoyed by some delightful comedic cameos I won’t spoil here.

But as the film slogs on, the set pieces get less exciting, the action more lugubrious, and the bickering less charming. Leitch, who has shown some dexterous skill with choreographed fight sequences, loses steam as the film goes on. The film begins to drag among the endless explosions and asides to wax poetic about the importance of family (a hallmark of the franchise).

Even potentially exciting sequences, like the Samoan battle with traditional weaponry, is dulled by quick editing and uninspired filmmaking. It’s especially disappointing because everyone involved has done better work and are more than capable of delivering a satisfyingly silly blockbuster. Also, the 2 hour 20 minute runtime does the film no favors in terms of pacing.

Still, there are fun moments to be had in the film, and worse ways to spend an afternoon at the movie theater. But be prepared for the film to quickly evaporate from your mind as you make your way to the parking lot.