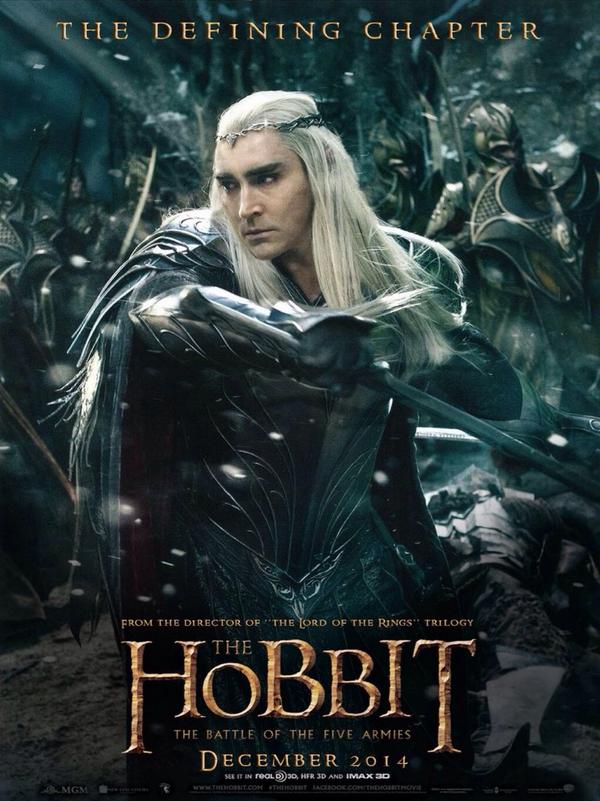 Earlier this week Warner Bros. revealed a beautiful panoramic tapestry for the upcoming final installment of the Hobbit trilogy, and now the first character poster of Lee Pace as the party-pooping Elven king Thranduil has been released. Are we (at least mildly) excited yet?

Lee PaceThe Hobbit: The Battle of the Five ArmiesWarner Bros.