So, This Was Going to Be Hitler’s Swank Los Angeles Bunker After He Won World War II (Oh, Well) 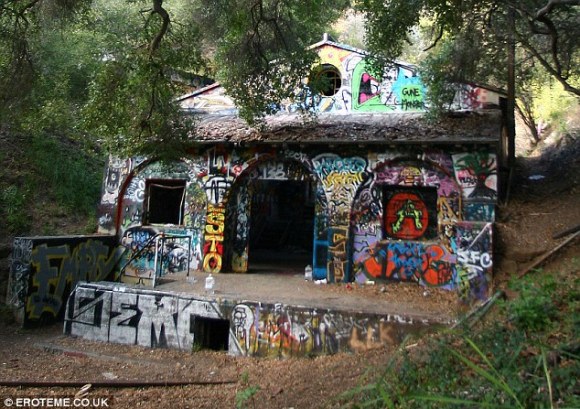 Way, way back in the 1930s, a group of plucky American Nazi sympathizers (and huge Hitler fanboys) imagined a world in which their beloved dictator took over the world and came across the pond to live in California. So they did what any other fan club did: They built Adolf Hitler his very own bunker in Hollywood. Wasn’t that awesome of them? Alas, as we know, Hitler did not win World War II, he was defeated and killed himself, and now this dilapidated Nazi bunker is just taking up space. Come on guys, haven’t you ever heard the term “fixer-upper”?

No, really — American Nazi sympathizers, who called themselves Silver Shirts (inspired by Germany’s Brown Shirts), had so much confidence in Hitler back in the ’30s that they built a bunch of buildings on a sprawling piece of land in Hollywood just for the dictator. Which would have gone over incredibly well in Hollywood, right? But despite the assumed victory of the Third Reich over the world, the Silver Shirts didn’t seem to think that even after winning the entire World War, Hitler and his biggest fans would be safe from, um, detractors:

Equipped with a diesel power plant, 375,000 gallon concrete water tank , giant meat locker, 22 bedrooms and even a bomb shelter, the heavily guarded estate was home to a community of Hollywood fascists who hoped to ride out the war there.

But it wasn’t only about keeping Herr Hitler and his American ilk safe from attack — there was also talk of some other amenities, like “five libraries, a swimming pool, several dining rooms and a gymnasium.” Awww, that sounds like such a nice place to spend a weekend, if you don’t mind spending it with Nazi sympathizers who believe Hitler is destined to rule the world! That’s not all, though: take a look at what was to be the vegetable garden: 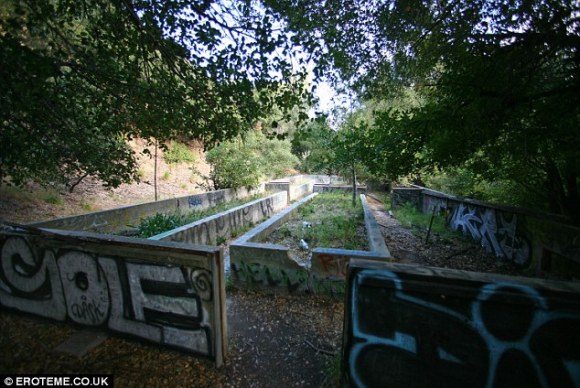 So, how did the Silver Shirts get all this property anyway? According to the Daily Mail, the land was previously owned by “mining heiress” “Jessie Murphy“, who was originally sold the land by cowboy Will Rogers. In 1933, Murphy started a correspondence with a German man, about whom she knew very little. Among the things she didn’t know about: the Nazi thing. Well, at least the “official” Nazi thing. It seems like Murphy just thought this nice German man was just your typical crackpot weirdo who wanted the land for the inevitable Nazi takeover. And once the Great Depression kicked in, who was Murphy to argue with someone who was feeling less than secure? (“Hahaha! Sure! You can totally build your bunker here! I have some scrap metal for your tinfoil hats too, if you want it!”) So Murphy sold the land to this Herr Scmhidt, and soon enough, World War II started and everyone in the area realized that holy crap, there were Nazis building a bunker in Hollywood.

The bunker was raided the day after Pearl Harbor was attacked, and the 50 Silver Shirts living there were taken into custody.

The good news is that as much as some would like to hold on to this bizarre piece of history, it’s still a former Nazi bunker, and it’s also falling apart and covered in graffiti. So the plan is to tear the whole thing down and create a picnic area which will feature this view of Hollywood: 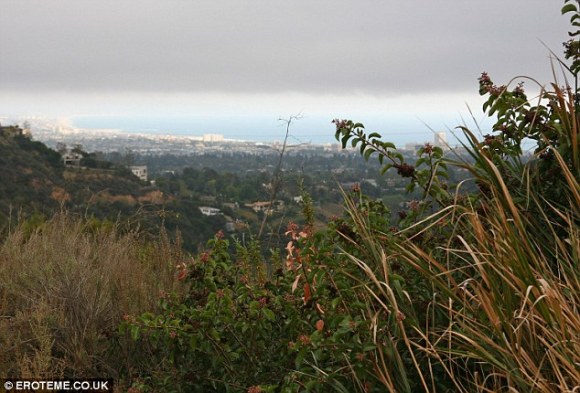 ETA: A tipster familiar with this story has provided a clarification on Jessie Murphy, who was not actually a real person, but an alias used by another couple to purchase the land:

“Jessie Murphy was a fictitious name used to purchase the land by Winona and Norman Stephens. Not sure how the mail got the mining widow idea. There was a mining tycoon named Frank Morrill Murphy who died in 1917, but his wife was named Ethel. If you google Winona and Norman Stephens, a number of older posts come up about the property. It’s relatively well known in L.A.”

Thanks for the information!

(all pics and story via The Daily Mail)