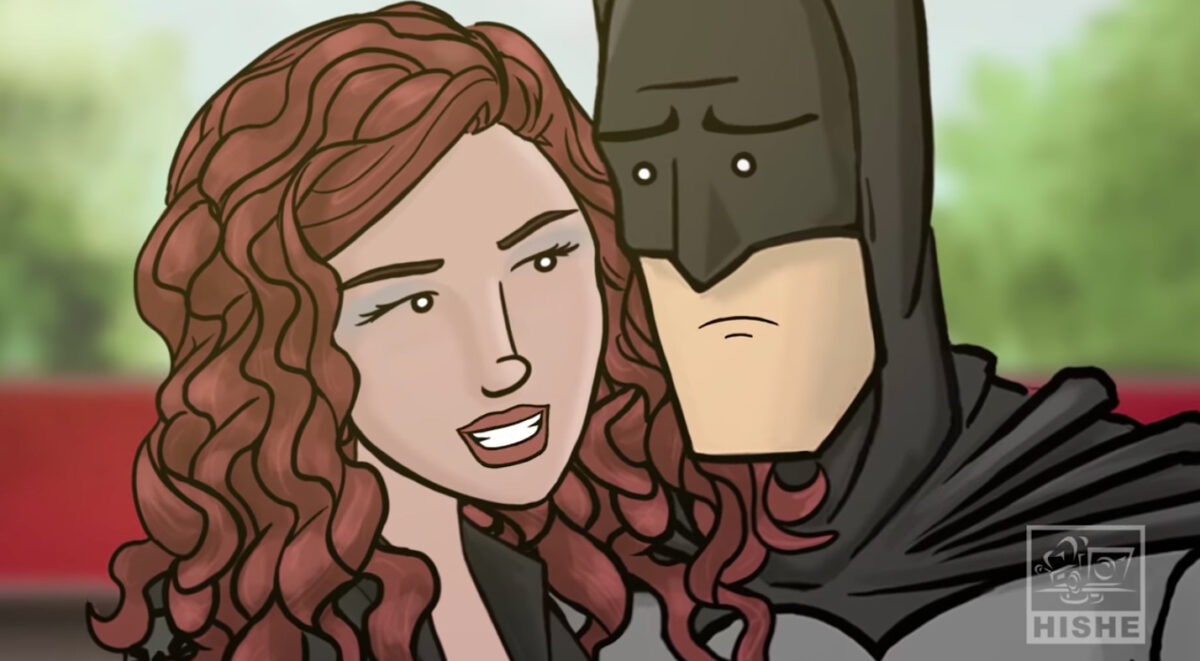 Back in 2010, the world was introduced to Natasha Romanoff (Scarlett Johansson) as she joined forces with Tony Stark (Robert Downey Jr.) and introduced the idea of the Avengers to fans of the Marvel Cinematic Universe. The problem? 10 years later and we’re still waiting for that Natasha Romanoff movie.

Sure, it is PARTLY to blame on the pandemic, because otherwise we would have had Black Widow already, but it is also … ten years later anyway.

In the new episode of How It Should Have Ended, we get a brief look at Iron Man 2 and how Nat could have stopped all of Ivan Vanko’s attacks because she was IN his computer room. It would have left us without the great Rhodey and Tony fight scene, but it does make the most sense.

Quickly though, the episode turns to the Superhero Cafe, where Superman and Batman are asking Tony and Nick Fury very legitimate questions about Natasha and the future of the MCU.

Honestly? Superman is right. People care, people are interested, and she deserved her time long before. “Sounds like a huge missed opportunity,” Superman says because Nick points out that the first female Avenger movie would go to Captain Marvel, and this is not a diss to Carol Danvers and her first foray into the MCU, but HE’S RIGHT.

It feels like a bit of a “oh, I see, unless they’re important to you and your storyline, you don’t care about the female heroes enough to give them their own movies” punch to the gut. Carol got her own movie because they needed Captain Marvel to take on Thanos. If they didn’t need her? We wouldn’t have even that.

But nearly every other Avenger got their time (with the exception of Clint), and it took Natasha 10 years and dying before she could even get hers. (And Bruce Banner had his chance, and now he’s getting another in She-Hulk, so he’s fine.) I’m glad that the Marvel Cinematic Universe is changing. I’m so excited to watch all these movies that are on the horizon and see where Disney+ takes some of my favorite heroes, but that doesn’t mean it doesn’t still suck that it took 10 years for Natasha Romanoff to get a movie, and now, it’s not going to get the time it deserves in theaters because of the pandemic (again, out of their control, but still).

Black Widow is a long time coming, and yeah, sure, maybe her time has passed, but I’m excited to finally see it, and I know that if this HISHE video had somehow come out back in 2010, I would have probably been upset but not surprised. Anyway, Nat could have easily stopped Vanko all on her own, and that is something we all know and need to recognize, so thanks, How It Should Have Ended!