Hillary Clinton’s Twitter Bio Will No Longer Lead With “Wife,” Thanks to Chimamanda Ngozi Adichie 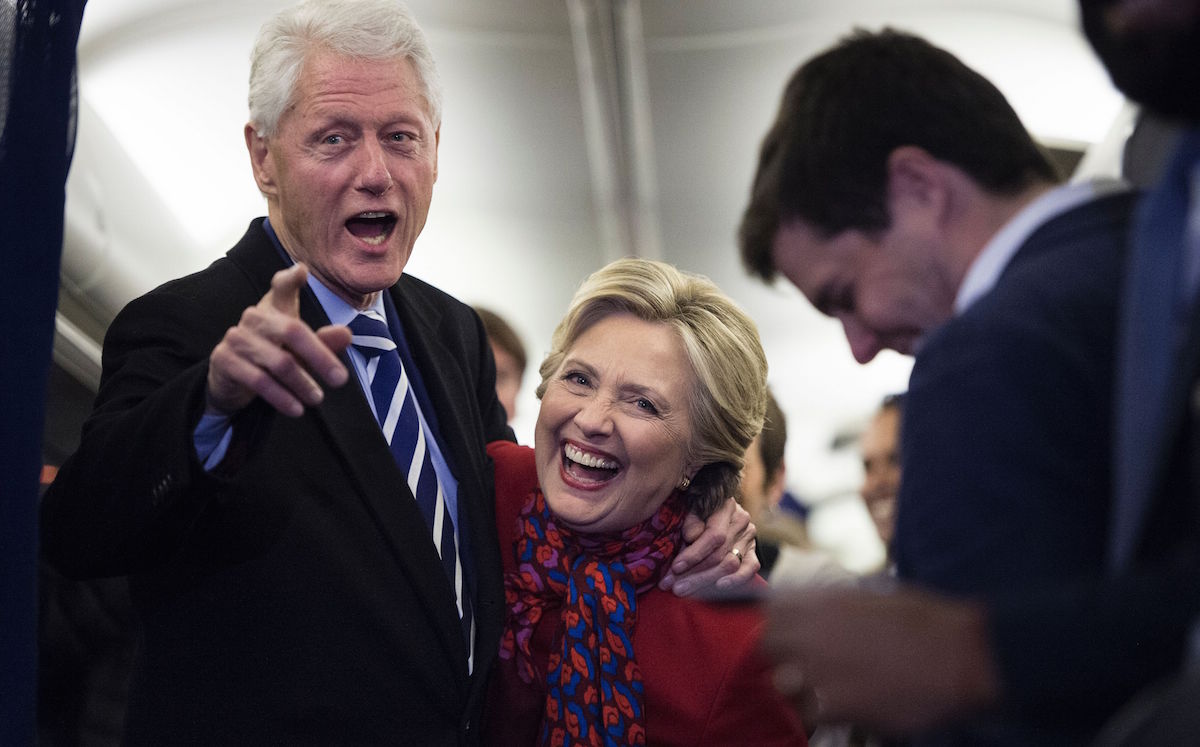 Hillary Clinton gave the Freedom to Write Lecture at the PEN America World Voices Festival in New York this weekend, and following her speech, she sat down for a conversation with Chimamanda Ngozi Adichie. The entire speech and the discussion that followed are really great and you can watch the whole program here. But there was an interesting moment towards the end when Adichie, who is a proud and outspoken Hillary fan, brings up Clinton’s Twitter bio, saying she is “guilty of being interested in [her] personal life.” And while she believes the Clintons have “a marvelous love story,” she found herself disappointed by the wording of Hillary’s brief bio.

That bio, as of the interview and also still at the time of this writing, reads, “Wife, mom, grandma, women+kids advocate, FLOTUS, Senator, SecState, hair icon, pantsuit aficionado, 2016 presidential candidate.” As Adichie noted, though, the first word on Bill Clinton’s Twitter bio is not “husband.”

A lot of people may dismiss this (and they are, on Twitter) as making too much out of a random word choice, or pointing out that it’s her own personal choice how she labels herself. And that last point, of course, is true. But it’s also naive to think that the wording of the bio wasn’t discussed with her campaign team and precisely planned. Adichie asks Clinton if she wrote it herself, or if it was someone else’s idea, maybe a staffer, for the 2016 campaign. (Though Clinton never answers that question.)

Because the order of those words may seem arbitrary, but for a woman like Clinton, there is no way in which they actually are. Earlier in this same conversation, Clinton talks about her experience living as a woman in politics, and the experiences she sees other women have in male-dominated fields. As someone who has an “innate reserve,” and who, as she once wrote, is “not the sort of person who routinely pours out her deepest feelings,” Clinton has had to play the likeability game on a totally different level than her male colleagues and opponents. The decision to list her personal accomplishments before her professional ones was obviously, absolutely planned. That doesn’t mean she’s exploiting her family life or doesn’t genuinely value it, but I’m glad Adichie asked Clinton to address the issue.

Clinton’s first reaction was to say that now that it’s been pointed out in this way, she’ll change the wording. (As of now, she hasn’t.) Her entire response is really thoughtful.

She says, (speaking about herself, but also feeling that others can relate), “There is always this internal conflict when you are very committed to your relationships, your family … and your own identity, in how you both feel about yourself and describe yourself.”

She shares a story about Barbara Bush, whose funeral she attended the day before. Bush gave a speech at Clinton’s alma mater Wellesley College in the early 1990s, in which she said (paraphrasing), “At the end of the day, it won’t matter if you got a raise, it won’t matter if you wrote a great book, if you are not also someone who values relationships.”

“I thought a lot about that,” Clinton says, “because it shouldn’t be either/or.”

If you are someone who is defining yourself by what you do and what you accomplish, and that is satisfying, then more power to you, that is how you should be thinking about your life and living it. If you are someone who primarily defines your life in relationship to others, then more power to you, and live that life the way Barbara Bush lived that life, and how proud she was to do it.

But I think most of us as women in today’s world end up in the middle, wanting to have relationships, wanting to invest in them, nurture them, but also pursuing our own interests.

Clinton brought up the incredible image of Sen. Tammy Duckworth bringing her newborn baby onto the Senate floor.

To me, that sort of summed it all up. She is both. She’s a mom, she’s a senator, she’s a combat veteran. She is somebody who is trying to integrate all of the various aspects of her life. And that’s what I’ve tried to do for a very long time and it’s not easy. But it is something that I’ve chosen to do, and I think is best for me, so I’m going to keep doing it.

Adichie has a suggestion for the new wording. She suggests the first thing listed be “Should’ve been damn good President.”