Hillary Clinton Nails Impression of Donald Trump, Sings “Lean on Me” for SNL 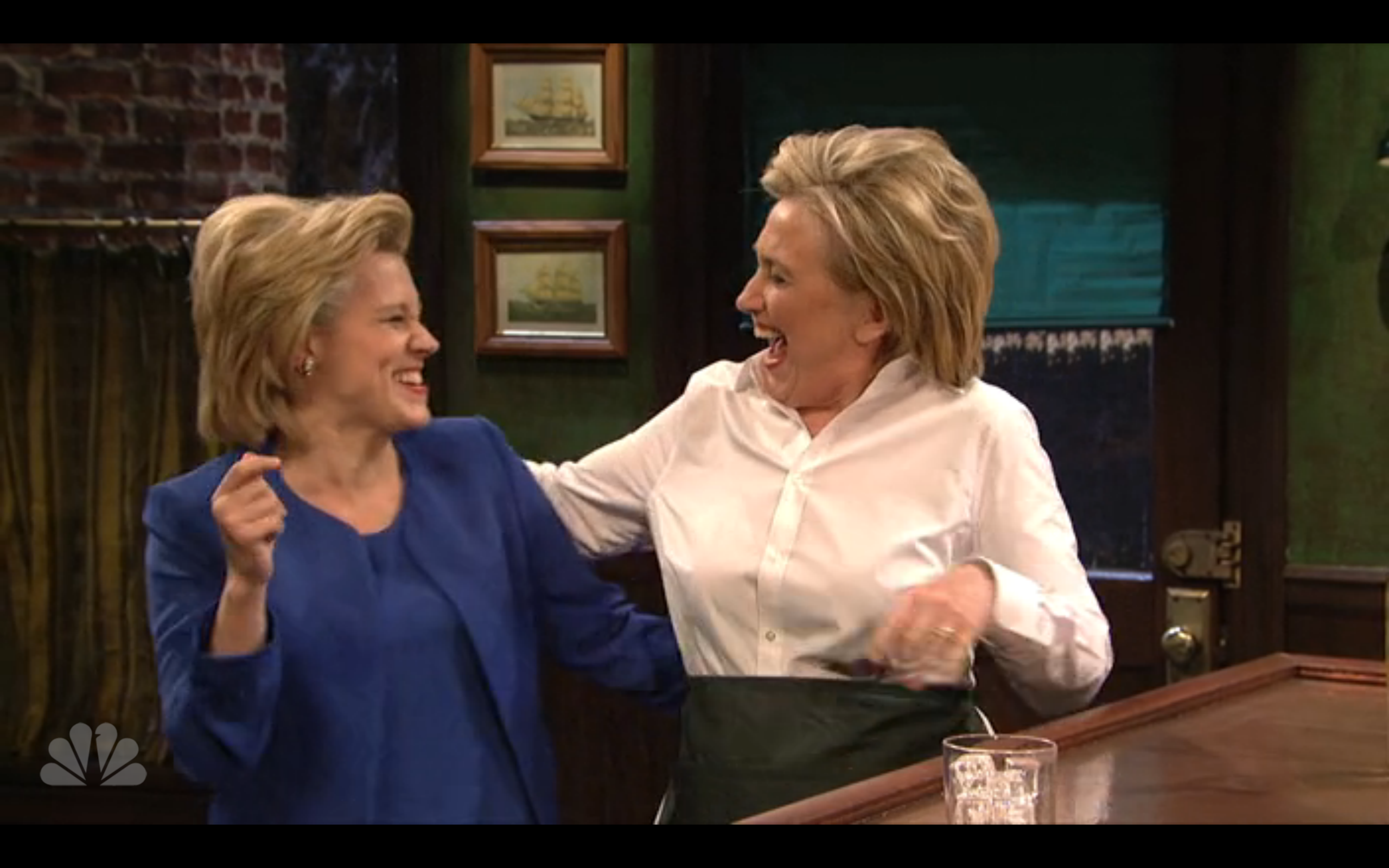 Saturday Night Live had its season opener last night, and this sketch featuring Kate McKinnon as Hillary Clinton and Hillary Clinton as… well, “Val,” (who was basically Hillary Clinton) was one of the highlights. It’s great because of one major reason: Clinton’s impression of Donald Trump is absolutely spot on.

Set in a bar with a drunk McKinnon as Clinton, the sketch takes on a strange Cinderella fairy godmother vibe with the two women riffing off of one another, with a few jokes made at Clinton’s expense, before “Val” disappears, leaving behind a sensible business shoe. Because it’s SNL, and you can’t have a Hillary without a Bill, you can probably guess who shows up to make a joke. Of course, things (somehow) get even weirder when McKinnon and Clinton break out into song.

Because of course they do.