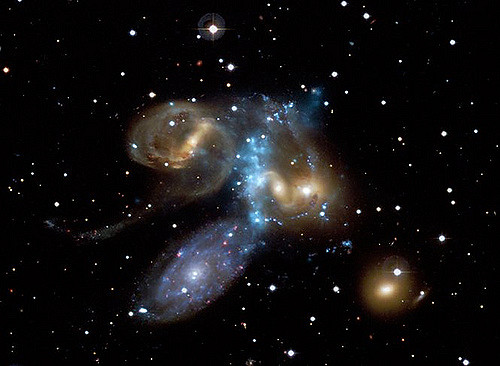 There sure are a lot of stars, planets, and whatnot out there in the Universe, and today, we know about a whole bunch more. Sitting just (relatively) on the other side of our own Milky Way galaxy, astronomers have discovered a bunch of galaxies we didn’t know about them before because we just plain couldn’t see them.

In a survey published today in The Astronomical Journal, scientists at The International Centre for Radio Astronomy Research mapped 883 galaxies on the other side of the Milky Way from the Earth, some 250 million light-years away. Of those, some were known to exist and some were theorized, but about a third of them are entirely new discoveries. That’s a whole lot of previously unknown space-real estate, as galaxies can have anywhere from a few thousand to a hundred trillion stars, which can can then each have their own planets like our Sun.

So … why didn’t we know these galaxies existed before?

You might not notice it looking up at the night sky (because light pollution is the worst), but our own solar system is actually inside this much larger thing: 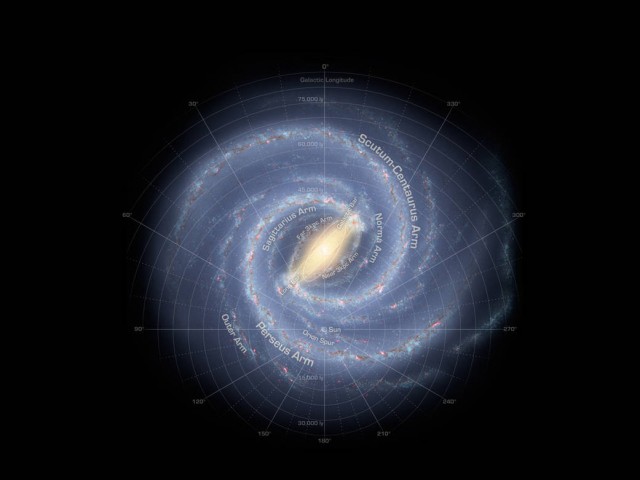 You can see the location of the Sun marked on the image above fairly far (about 27,000 light-years) from the center of the galaxy. So, when we look “up” or “down” out of the galaxy’s disk or away from its center, it’s easier to see distant objects in space. However, when we try to look across the middle, in the “Zone of Avoidance,” things get obscured. Here, see the plane of the galaxy in the night sky for yourself: 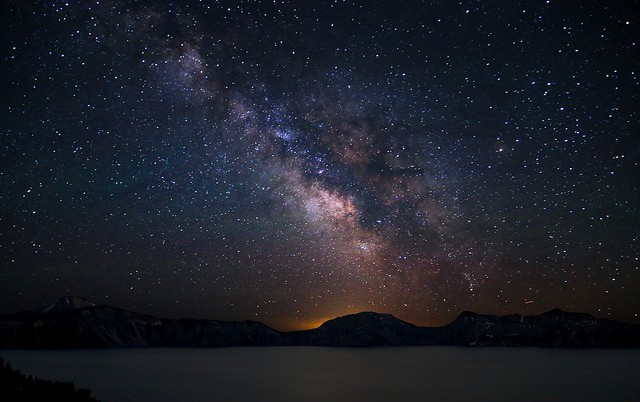 Looking into the Milky Way in the Earth’s sky. (via Joe Parks)

That can be a little hard to see past, but using a radio telescope and a specialized new receiver, the astronomers were able to get a better look—you know, in case you needed some perspective today on the vast unknowns of the Universe.