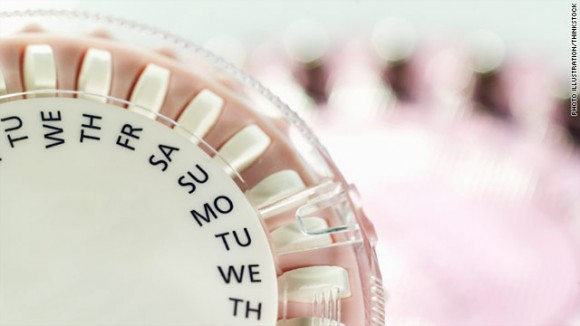 Today in “Congratulations, Government! You’ve finally done the really obviously right thing to do!”: According to CNN, the U.S. Department of Health and Human Services is requiring that, as of August 1st, 2012, all new health insurance plans are required to cover a number of women’s preventative services, including birth control. Someone finally realized that it’s cheaper to not have babies when you’re not financially prepared to do so. Good job, Government!

In addition to birth control, these guidelines will also enforce that health insurance providers cover things like voluntary sterilization, free screenings for conditions like HPV and gestational diabetes, breastfeeding support, and counseling on sexually transmitted diseases.

HHS Secretary Kathleen Sebelius spoke out on the decision, noting that the decision was “a part of the Affordable Care Act’s move to stop problems before they start,” and going on to say that:

These historic guidelines are based on science and existing literature and will help ensure women get the preventive health benefits they need.

And this is a really nice step in the right direction, especially for some of* the millions of women out there who simply cannot afford to keep up with the costs of birth control. As Frank Zappa once said, “Without deviation from the norm, progress is not possible.” Dr. Vanessa Cullins, vice president for medical affairs at Planned Parenthood Federation of America, said that “Covering birth control without co-pays is one of the most important steps we can take to prevent unintended pregnancy and keep women and children healthy.”

Turns out the government finally realized just how much more expensive it is to have a bunch of unintended children running around than to actually put the decision to have children firmly in the hands of the people who’ll be carrying them.

According to an analysis from the Guttmacher Institute, in 2006, of the 2 million publicly funded births, 51% resulted from unintended pregnancies, accounting for more than $11 billion in costs.

The report found that this is a disproportionate burden on programs such as Medicaid and the Children’s Health Insurance Program, given that only 38% of all U.S. births result from unintended pregnancies.

Obviously, this decision has been met with a heap of the usual backlash from certain sectors of the country:

… [G]roups like the Family Research Council claims the decision “undermines the conscience rights of many Americans” and Cardinal Daniel DiNardo, chairman of Committee on Pro-Life Activities with the United States Conference of Catholic Bishops says “pregnancy is not a disease, and fertility is not a pathological condition to be suppressed by any means technically possible.”They feel the decision forces people to participate who may have moral or religious convictions that oppose contraception use.

Luckily for those people, the Obama administration released an amendment with the decision that “allows religious institutions offering health insurance to their employees the choice of whether or not to cover contraception services.”

This is one of those rare times when the “luckily for them” doesn’t do too much to undermine the lucky for most of the rest of us, so I feel I must offer props for that.

*Keep in mind, though, that health insurance is still required, so those without it are, as usual, out of luck.