It's Tuesday, so here's Barbie sending girls the wrong message. 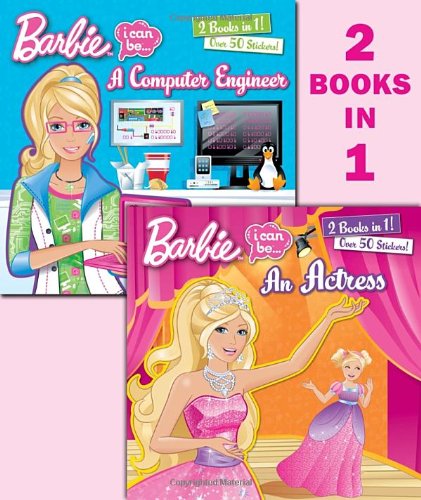 It’s Christmas morning! Or a night of Hanukkah! Or just a day you’re feeling generous, you excellent parent you! Your daughter tears into her gift, which is a Barbie book that you’ve assumed, based on the title Barbie: I Can Be a Computer Engineer, will be an empowering look at how Barbie can become a computer programmer no matter how many offensive shirts scientists wear. Surprise! You’ve been had, and your little one has learned that she should have a pillow fight while boys do all that hard computer work for her.

We understand. You didn’t do this on purpose. You thought you were doing a good thing.

Again, the title sounds like Barbie is getting her act together and using her influential powers for good. And apparently you’re not alone in your confusion, as the book has been out since July 2013 and has almost exclusively one-star reviews on Amazon for being sexist drivel.

According to the book’s lone 3-star reviewer—its best, most glowing review, mind you—it’s basically a bait and switch. Inside the book, Barbie is all about coming up with game ideas, but she needs her male friends to actually code her games and manages to ruin both her computer and Skipper’s with a computer virus.

Of course, her guy-friends have to fix those busted computers for her, too, because if you weren’t aware of the real reason for the gender gap in tech fields, boys have the biological advantage that their naughty bits double as magic computer-fixing wands. OK, I haven’t read the book, and I’m guessing about that last part, but I can’t think of another reason she shouldn’t be able to fix it on her own. So there we are.

Other reviews for the book, all of which are one-star, sum it up more succinctly than the above description of the plot. Here are just a few of the review titles: “Misleading. Barbie thinks Computer Engineering is for Boys,” “Sexist garbage,” just plain old “Garbage,” and my personal favorite “Get this book for your kids if you hate them.”

Let’s just make sure no one else accidentally buys this thing or anything like it. That’s the only way it’ll stop happening.