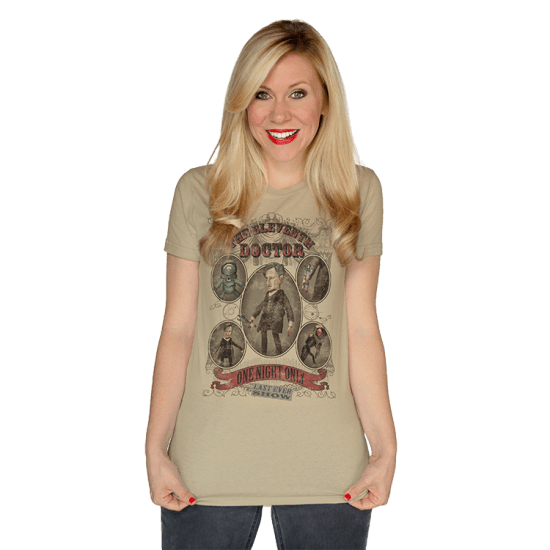 Nerd lady outfitters Her Universe debuted a bunch of new designs for the Doctor Who 50th anniversary so it’s no wonder they’d give us something else for the big Matt Smith farewell. And I gotta say, this was not what I was expecting, but I adore it. Hit the jump for a close-up of the design. Don’t worry, no spoilers! 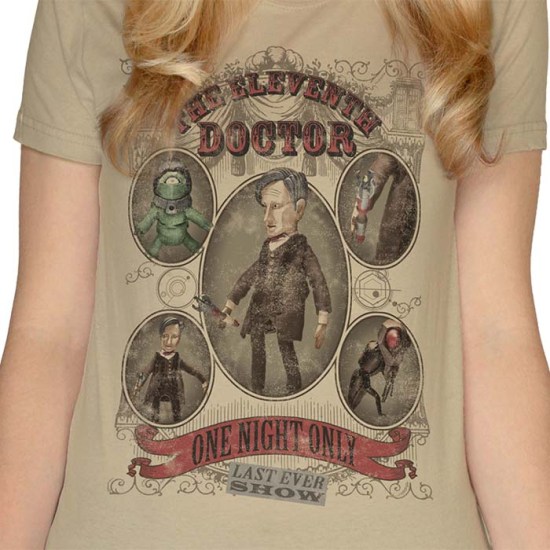