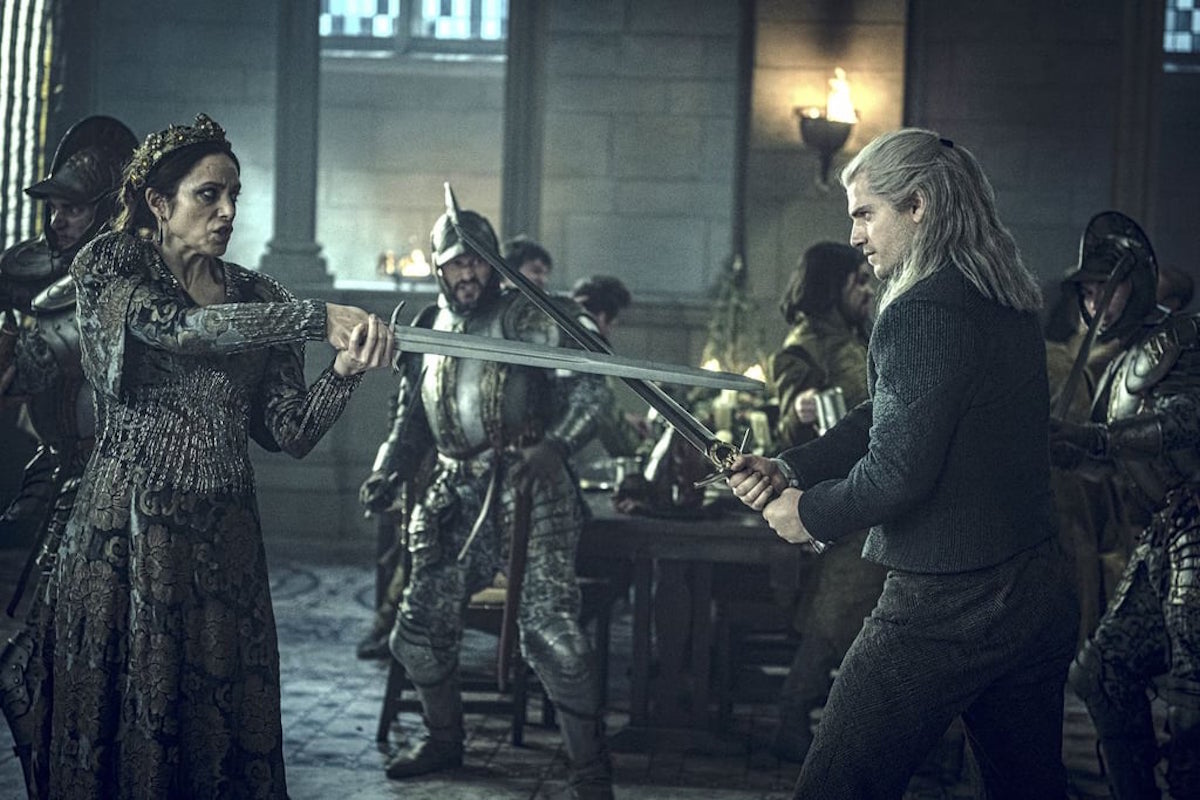 Netflix published a YouTube video in which Henry Cavill breaks down his fighting style as Geralt of Rivia in The Witcher. In the video, he talks about each of the different swords in the show, and how he needed them to be “modified to suit his needs.” Delicious. Anyway, Polygon spoke with Gregory Mele, who is the founder of Chicago’s Swordplay Guild, about how he thought Superman performed as a swinger of broadswords.

“It’s believable that he’s a fighter,” Mele told Polygon via email. He then went on to break down the kind of sword that our noble-ish protagonist uses.

“Geralt (in the show) is armed with a fairly short longsword, a fantasy equivalent to a form of the sword that might have existed around 1400 A.D.,” he explained. “Two-handed hilt on a blade no longer, or not much longer, than a one-handed sword, creating a weapon that is suited to use in one or two hands, which means you can also use in on horseback, or, if you must, with a shield. I think the blade is still a touch short, but as fantasy swords go, it’s reasonably realistic.”

Within his praise, there is one aspect, a certain kind of reverse grip, that Geralt sometimes uses, that Mele points out is not exactly accurate to the setting, even though it looks good onscreen.

“There IS some documentation for using a longsword in a reverse grip,” Mele said. “More often this was done on horseback, where the sword was drawn when the lance broke and then just thrust into someone (and forgotten) like a giant dagger. But there are a few techniques where the longsword is actually used in a reverse grip — found primarily in 15th century German sources.”

Mele did say that say that “it’s not a fight choreographer’s job to be historically accurate” and he was just weighing in because he was asked. Despite this little bit of professional historical input, he does admit that he did enjoy The Witcher.

“Overall the fights are fast and furious with some basic elements of solid fencing, some showy, less likely ones, a decided over-reliance and misuse of the reverse grip and some out and out stupidity,” Mele concluded. “I suspect 15-year-old Greg would have loved it! 40-something Greg … I can appreciate what they are trying to do — make Geralt’s fighting unusual and dynamic — and at least the fights are fast-paced and competent. Which is more than I can be said for Game of Thrones, which, for as slick as its battle scenes could be, managed to produce some of the worst dueling scenes I think I have ever seen.”

Ahh, I do love a little bit of Game of Thrones shade. But it does make me happy to see the amount of care, even if it was not historically perfect, that went into crafting the way the characters moved on The Witcher. There is a lot about the show that’s silly, but the show runners and creators loved this story and wanted to give it a lot of weight. It shows, and that’s why it has become one of Netflix’s biggest properties so quickly.

Now let’s get a video all about Yennifer and how they created the magic system, please.