Hellboy Is a Boring Box Office Bomb—Which Is a Shame 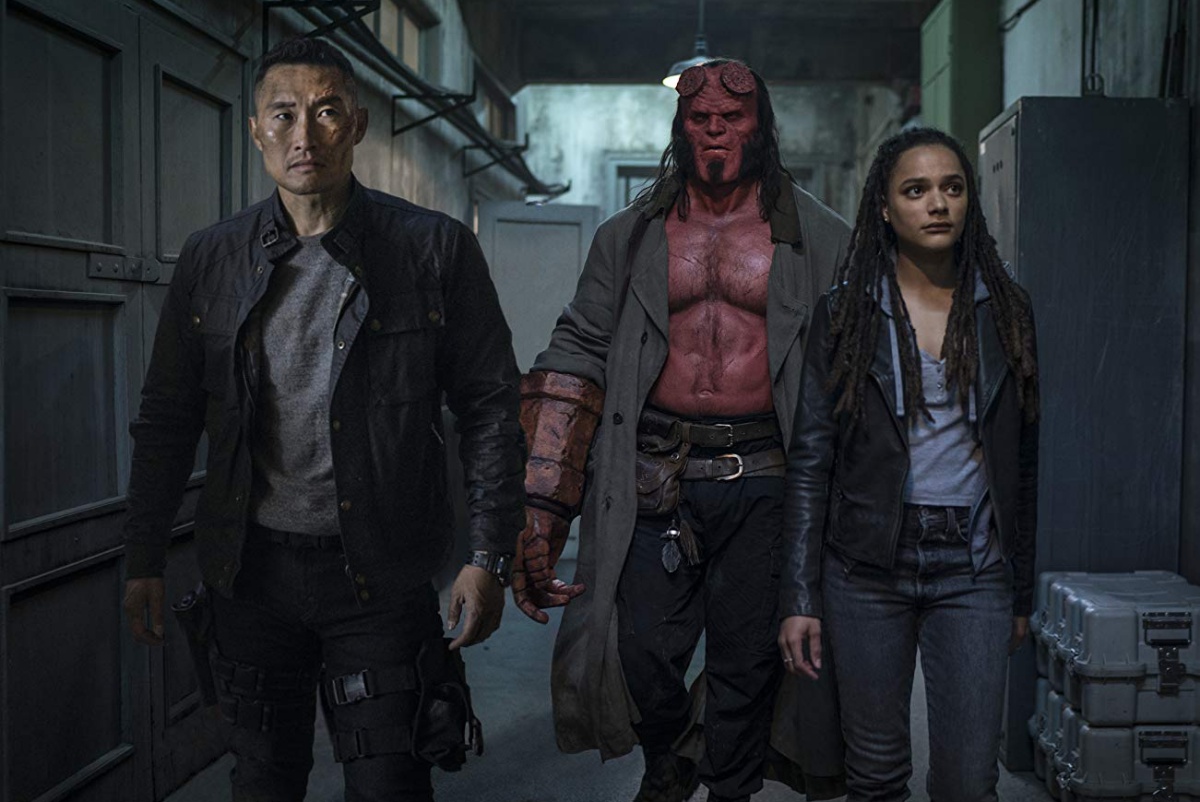 Deadline has reported that Neil Marshall’s Hellboy made only $12M in its opening weekend, making it the lowest Hellboy opening of the three released movies, and off 64% from the series’ previous opening high, Hellboy II’s $34.5M, from the summer of 2008. I took the time over the weekend to check out the movie for myself, because despite the negative reviews, I wanted to give the movie a fair shake.

Sadly, the movie is dull and poorly paced, with clunky dialogue, and it features some of the worst British accents I’ve ever seen in my natural life. It’s a damn shame for a franchise with such rich characters and a previous incarnation that felt original and fun. The only thing it does is take huge advantage of the hard R rating to show a lot of gore and Eldritch Abomination killing people, but this just feels like brief breaks in the tediousness. Some of the CGI doesn’t seem finished with makes it all seem even less interesting.

As Charles Pulliam-Moore from i09 put it, “the film’s much more focused on beating you over the head with a selection of greatest hits moments from the Hellboy comics, hoping that you’ll get so swept up in the blood and gore that you mistakenly think you’re having a good time.”

That this tactic fails is frustrating because the source material is great and David Harbour delivers a great take on the character. It really comes down to the writing not being up to par. It also sucks that Nimue, The Blood Witch (played with campy excellence by Milla Jovovich) doesn’t get to be as intimidating as the character should be and is rather just an evil seductress who wants to turn Hellboy into a force of evil. She is framed as someone who is standing up for monsters but is reduced to just being thirsty for Hellboy. Which, relatable, but this does not a character make. We get so few great on-screen female comic book villains that it always sucks extra hard when we do get one and they are reduced to being sexy plot devices rather than actual people.

One aspect that was interesting was the role of Ben Daimio, played by Daniel Dae Kim. As some of you may recall there was a big issue of white actor, Ed Skrein, being cast as Daimio despite the character being Japanese in the comics. Skerin walked away from the role (and his IMDB should be thankful for it tbh) and Kim ended up getting it.

The producers said initially that the reason they gave the role to Skrein was that: “…You know, the story takes place in the U.K. so we were creating Daimio as giving him an English background and we lost track of who he was in the comic books and we made a mistake.” Yeah, because Daimio in the comics is not English either so him being English is odd anyway, but the role that Daimio has is so small that the idea that they gave him an English background because of the location is just kind of comical.

For those who did see the film this weekend what did you think? At least Lobster Johnson was great.