The Reviews for HBO’s Watchmen Are In 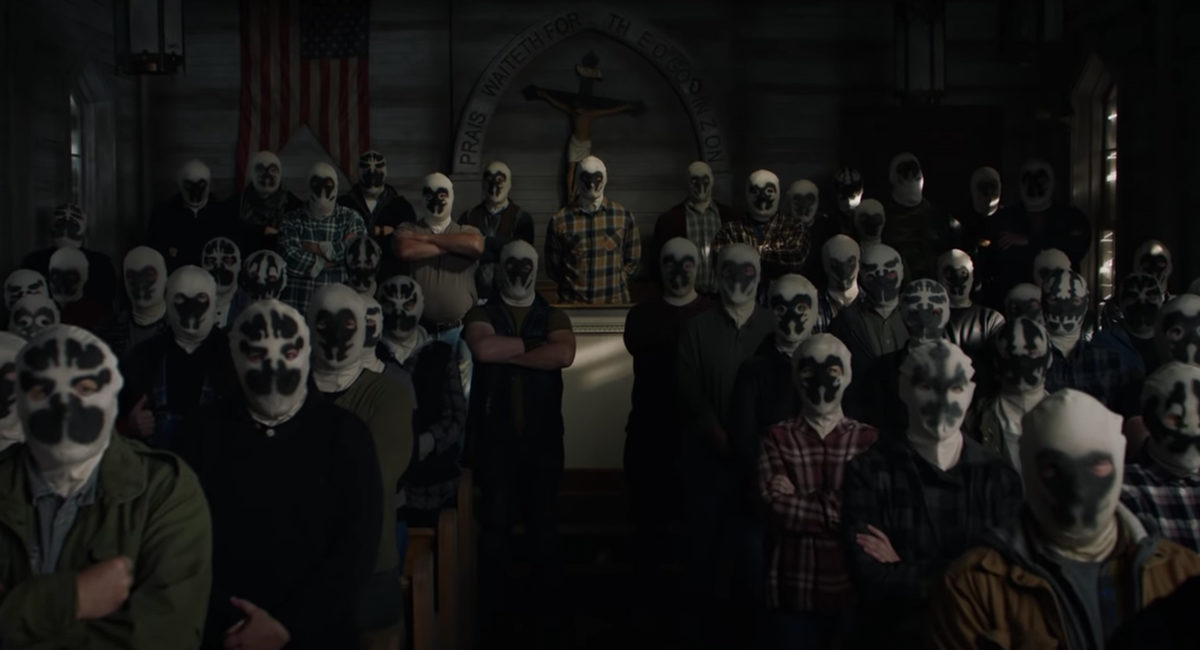 Tonight on HBO, there will be more to do than just stare at the blank TV wishing there was a new episode of Succession on—you’ll finally be able to watch Watchmen! The ambitious drama derived from Alan Moore and Dave Gibbons’ legendary graphic novel is created, developed, and written by Lost and The Leftovers producer Demon Lindelof. The show has been highly anticipated, and may prove highly controversial.

Watchmen is taking over the prestigious Sunday evening slot on HBO previously occupied by the aforementioned Succession as well as a little show called Game of Thrones. It premieres Sunday, October 20th, at 9pm ET.

Since it debuted at the TCAs in July, Watchmen has been building powerful buzz. It’s not an adaptation of the comic, but a “companion” and a sort of continuation of the world that comic built (we call that fanfic around these here parts, but that’s a whole other article). The comic was adapted into a Zack Snyder feature film in 2009 that had great ambitions but ended up rather clunky and preachy.

This new version looks to be far more grounded, in its way, and critics across the board are pretty in love with what looks to be a complex examination of race, violence, vigilantism, and America.

According to Emily VanDerWerff of Vox:

The intersection of race and power — and more specifically, how that power is so often handed to white people, while black people are only allowed it if they uphold the white status quo — weighs heavily on Watchmen’s mind from the first.

Watchmen is a big and bold series, unlike any other TV show I’ve ever seen, and just when you think it’s shown you all of its many faces, it reveals another one. It makes missteps here and there, but at its heart, it remains a story about examining the fraught state of the world today through the lens of superhero tropes, just as the original comic did.

Watchmen, like Lindelof’s most famous work, Lost, will shift between different character points of view and flashback throughout the series, much as the original comic did as well. But it also has real-life grounding, as it opens with the true history of the Tulsa Race Massacre where hundred of black Tulsans were killed and thousands of buildings destroyed in 1921.

This history and the threat of white supremacist violence will loom over Watchmen, as it is set in that city. Cops wear masks to protect themselves from white supremacists (who have donned their own version of the Rorschach mask worn by that hero), and work with masked vigilantes like Sister Night, played by Regina King. According to Sonia Saraiya of Vanity Fair:

…the stain of white supremacy confronts the characters at every turn, from the underground, plotting Rorshachs to KKK uniforms squirreled away in closets. Antiblack racism has an entirely incidental role to the comic books’ story; the TV series drags it out of subtext to make it central to the Watchmen story.

Over at io9, Charles Pulliam-Moore writes in his headline that “HBO’s Watchmen Wants to Dig into the Heart of American Racism…by Making You Like Cops,” which is a troubling theme.

King is captivating as Abar. But her performance can only do so much to distract you from the fact the Watchmen (at least in its first episode) frames white terrorists and cops as being diametrically-opposed groups that have no ideological overlap. Because this is a show that’s meant to explore aspects of American society, that framing just doesn’t work, or rather it doesn’t work if you’re actually trying to think your way through the multitude of things Watchmen is attempting to comment on.

Pulliam-Moore concludes that the show may end up “doing an excellent job of unpacking all of these things with the kind of care, grace, and honesty that the story (and audiences) deserve, but also, it may not.”

With this caveat in mind, the critical consensus on Watchmen at the moment is almost uniformly positive … but so was the consensus on Joker before a more diverse crowd of critics and audiences got to see it. On Rotten Tomatoes, Watchmen has a positivity rating of 93% with forty-four critics weighing in; it will be interesting to see whether that rating shifts over time.

Watchmen is certainly a show I’ll be checking out, but I hope the conversation widens significantly. We’ll be watching the Watchmen. Will you?