HBO Max’s Infinity Train Ends (Maybe?) With the Power of Friendship at the Center of a Train to Nowhere 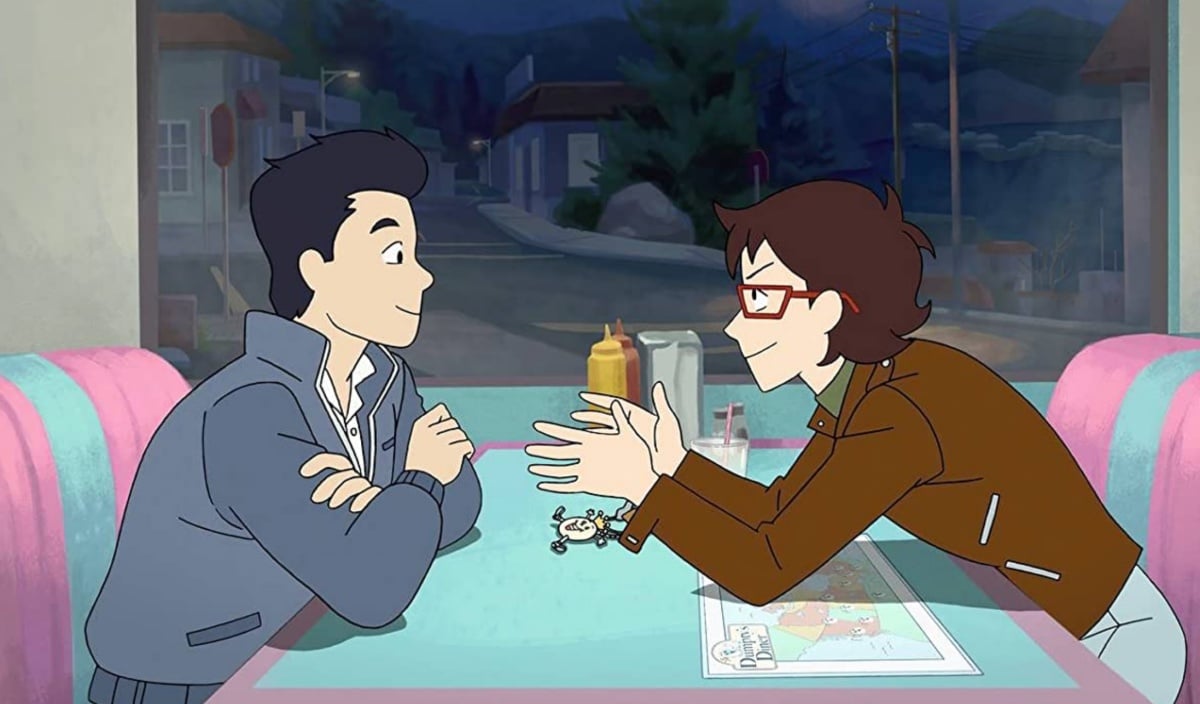 HBO Max’s Infinity Train’s Book Four, Duet, was released over the weekend, and I consumed it happily and with vigor. Each season of Infinity Train brings it in a different way, and after the deeply dark and complex Book Three, I was wondering what the following season would bring.

The glory of Ryan and Min-Gi.

Created by Owen Dennis, the series is set on an endless train where passengers must complete challenges while navigating and resolving their psychological trauma and emotional issues. As they do that, their “numbers” go down, and they can eventually leave the train.

It’s a lot. Each season has focused on a new passenger and their journey, and in Book 4, we get Duet and the story of Min-Gi Park and Ryan Akagi, two best friends who had dreams of being in a rock band together.

After Min-Gi has a panic attack and runs off stage during a performance, the two friends go on different paths until eventually Ryan’s rash behavior and Min-Gi’s fear reconnect when Ryan gets them tickets to NYC. Ryan steals Min’s keys to get him to run away with him, and they end up on the train together with the same number.

I love this season so much, and the layers to it are just compelling. We have these two friends who are grappling with their dreams being deferred because of familial issues. Min is the only child and pressured into doing the respectable, safe thing for his family. Meanwhile, Ryan is one of many and used to be ignored and had to strike out on his own until everything falls apart.

As they both enter the train with the number 202, they have to navigate their friendship, insecurities, and what it means to succeed together.

Which brings us to something: queerbaiting.

Okay. I get it. We do not have many canonical mlm relationships, especially with men of color, so having that be canon would be super important to a lot of people looking for that representation. But other than the relationship between Amelia and her deceased husband, romance has never been at the forefront of this series.

This entire season is about Ryan and Min’s friendship, about their finding each other, taking care of each other, and realizing that the only way they will be happy and thriving is each other. That is a better romance than most. Hell, it’s a better relationship than most of the non-canon mlm couples that are more antagonistic than kind.

Nothing about the ending makes me think that these two lads can’t end up together and love each other. The foundation is there, and it is solid. But Infinity Train has never been about only highlighting “relationships.” It is about the relationships that bond us to our humanity, that push us to grow and change—the bonds that help us grow.

We are too used to romances being the only relationships that matter, regardless of sexual orientation. I absolutely ship Ryan and Min. Otp, endgame, etc., but I also think calling it queerbaiting is a misuse of the term—not out malice, but because of a desire for more rep.

Due to being seen as too adult and dark for children, this is probably the last season of Infinity Train, which is a shame because this was a beautiful and powerful series. I’d love to see Dennis and his team get a chance to continue on for four more books in another format like graphic novels, but even so, it ended so perfectly that I’m just super glad to have watched it.