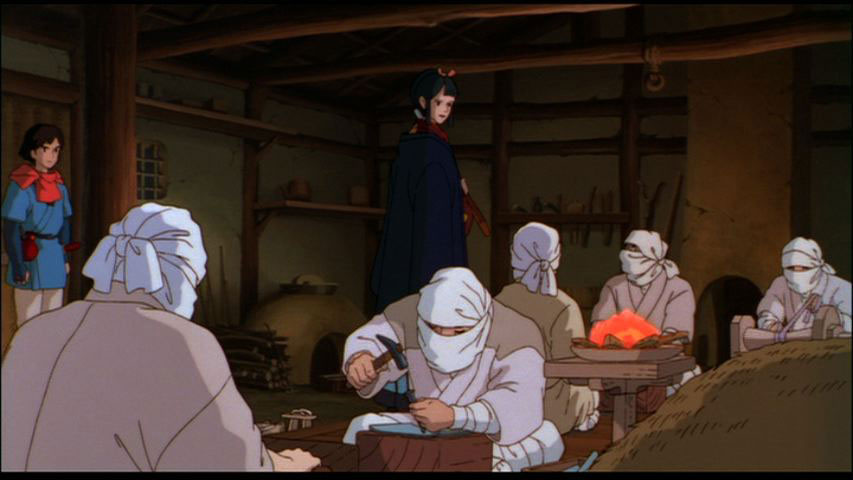 Hayao Miyzaki recently attended the International Leprosy/Hansen’s Disease History Symposium in Tokyo, where he spoke about his depiction of leprosy patients in Princess Mononoke. In the movie, Lady Eboshi is giving Ashitaka a tour of Iron Town, and reveals that she takes in victims of leprosy and gives them work.

In his speech, Miyazaki discusses a “shocking” visit to a sanitarium that was the basis for this scene, stating “I wanted to portray people who were living with what was said to be an incurable disease caused by bad karma.” He also talks about his visit to the National Hansen’s Disease Sanatorium Tama Zenshoen in Tokyo’s Higashi-Murayama, which he describes as “a place where deep suffering has accumulated.”

The history of leprosy as a social stigma is centuries old. In Japan specifically, leprosy patients were forcibly hospitalized in faraway sanatoria and discrimination would even extend to the patient’s family members. Some cultural notions of leprosy go as far as to blame the victims themselves, citing the disease as a form of divine punishment. There are many themes in Mononoke, but diseases/curses and isolation are big ones. We see many character afflicted with bodily “corruptions” from the leprosy patients, to Ashitaka’s arm (infected by a boar infected by a bullet), the ex-prostitutes Eboshi also takes in, and the forest, which is almost its own character. However, Miyazaki shows various figures who might be banished, isolated, and outcast from the main world (which I’d argue is represented by the feudal lord who attack the forest and Iron Town) as individuals who can experience grief, joy, and, ultimately, empathy for one another.

(via The Asahi Shimbun)