Don't worry; we might have a few thousand years. Or not. 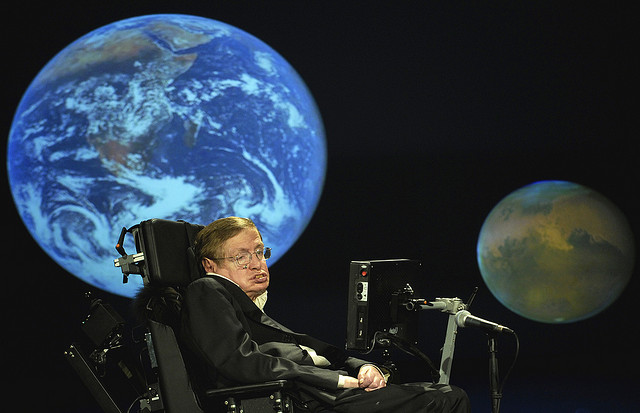 Hey there, humanity. What’s in the news today? Oh, only that one of our most famously brilliant minds thinks we’re in very real danger of being wiped out in the near (relatively speaking) future, and we currently have absolutely no backup plan if and when that happens. No big deal.

But wait, it gets worse—or if not exactly worse, it gets a bit more disappointing. Hawking’s top three possibilities for reasons we’ll be wiped from existence somewhere in the next thousand to ten thousand are all at our own hands: nuclear war, climate change, and genetically-engineered disease. At the 2016 BBC Reith lecture in England, Hawking explained that all our scientific advances have created “new ways things can go wrong” before they’ve been able to to create an equally suitable safety net.

To survive, Hawking believes we’ll need colonies in space, but he’s concerned that we don’t seem to be as close to that as we are to disaster:

Although the chance of a disaster to planet Earth in a given year may be quite low, it adds up over time, and becomes a near certainty in the next thousand or ten thousand years. By that time we should have spread out into space, and to other stars, so a disaster on Earth would not mean the end of the human race. However, we will not establish self-sustaining colonies in space for at least the next hundred years, so we have to be very careful in this period.

Hawking has also previously warned about the dangers of AI, but apparently survey says it doesn’t crack the top three Potential Humanity-Enders, the most depressing Family Fued category ever. Maybe Hawking thinks we’re just not smart enough yet that AI is as real a danger as the others? However, the warning isn’t so much a proclamation of doom as it is advice on how to make sure this doesn’t happen. He added, “We are not going to stop making progress, or reverse it, so we have to recognise the dangers and control them. I’m an optimist, and I believe we can.”

His solution? Science. Everyone needs to learn more science.

You heard the man, humanity. Let’s get those space colonies going. Someone has to keep Matt Damon company up there besides his pootatoes.

(via LiveScience, featured image via NASA HQ Photo on Flickr)