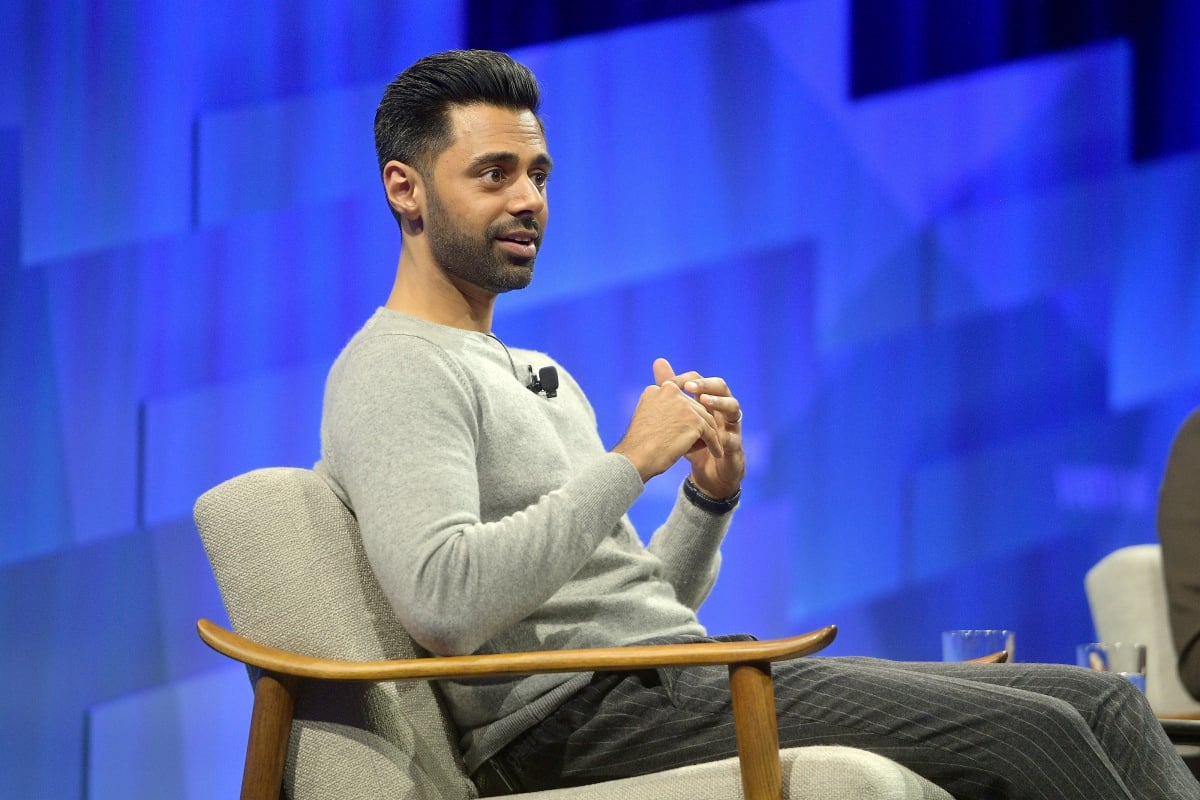 Hasan Minhaj’s show, Patriot Act with Hasan Minhaj, may have been canceled by Netflix, but that doesn’t mean he has stopped spitting truth.

In an interview, Vanity Fair brought up a podcast episode with Minhaj and actor Dax Shepard, where he was rated a 9 out of 10 by Shepard in the looks department—a rating he says was too high. (We disagree, king.) Then, the host asked how Minhaj would rate Shepard, and he gave him a 6.5/7. When the host said that was harsh, Minhaj went full mask-off and explained his rationale.

“Dax is part of a thing in show business of ‘approachable white dudes'” Minhaj explained—a whole list of “schlubby” white dudes who have made it into show business and into sex symbol level, whereas, for men of color and especially Asian men, you have to be “Daniel Dae Kim ripped” or you are stuck in the IT zone. Sadly, this is part of Hollwood’s ever-existing problem with not knowing how to handle MOC.

As someone who would push Chris Evans out of the way to get to Seth Rogen, I feel confident enough to say that Hasan Minhaj is not wrong about the way average-looking white dudes in Hollywood get treated. Charming as they may be, that type has been elevated in romantic comedies, but men of color, unless they are 9s and 10s, or paired with another woman of color, are relegated to the sidelines.

Now, before this conversation descends into fatphobia, let us make one thing clear: The statement that Minhaj is making doesn’t have anything to do with anyone being less attractive because of their size. After all, Shepard isn’t a large man, and even if he were, the argument here isn’t that broadening societal beauty standards is bad—quite the opposite. There’s nothing wrong with not fitting the usual Hollywood ideal in any way, and it’s good to do away with strict, harmful beauty standards—but only if everyone is freed from those standards, not just white men.

One of the things I actually enjoyed about Rebel Wilson’s 2019 romcom Isn’t It Romantic was that it featured two body types that aren’t frequently highlighted in a romantic comedy. We create this very sharp dynamic in media, with “beautiful people” on one side and everyone else being out of their league, but even when we attempt to deconstruct that, we still end up playing straight into those dynamics, which almost always center around white people. That is an unhelpful paradigm.

Put Hasan Minhaj and Michelle Buteau in a romantic comedy together as the leads and let them be hot and funny together, you cowards.