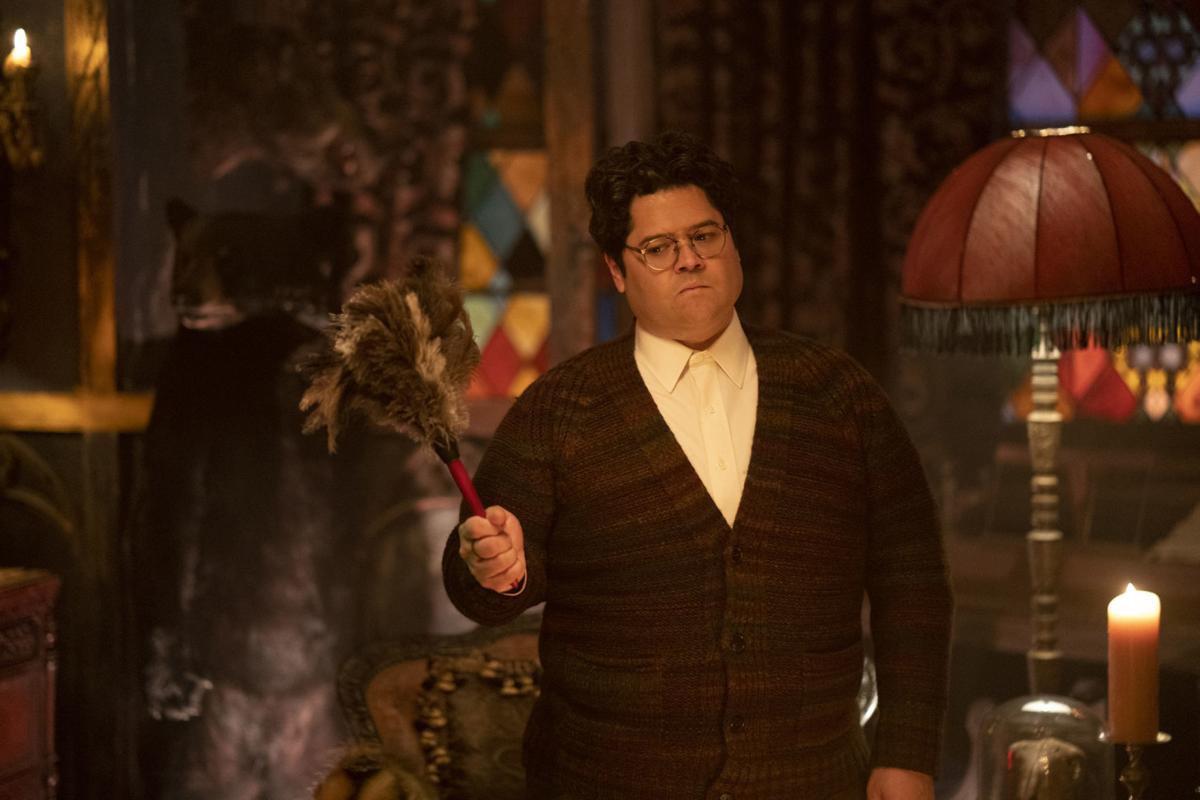 Harvey Guillén became our favorite Van Helsing relative during the first two seasons of What We Do in the Shadows as Guillermo. The human servant to the vampires of Staten Island, Guillermo is honestly one of the funniest characters on the show which is impressive given how funny the series is overall. Based on the film of the same name starring Taika Waititi, Jemaine Clement, and more, the show gave us new comedic actors to love, including Guillén.

It wasn’t the first thing fans know him from, though. He has an impressive roster including The Magicians and Zoey’s Extraordinary Playlist, but now he’s taking on the live talk-show scene! A new RushTix Original series, Your Late Night Show Tonight, presents a late night show with a different host for each episode, and we got to talk with Guillén in preparation for his installment of the show!

THE MARY SUE: So, you have had quite the couple of years with going from playing Guillermo into now you’re in Werewolves Within, and you’re doing this live show. So I want to know what is challenging about going into a live talk show versus approaching characters?

HARVEY GUILLÉN: I guess the difference would be that, you know, with scripted, it’s that the character’s already in front of you to jump off and kind of mold and create off of the lines that already given and presented by the writer. And doing a live comedy show, you know, you can write and do sketches and you have a team of writers and everyone brainstorms, and we’ve been working on this for almost a month now and we meet every week. It’s just things change, you know, because it’s on a whim but the characters being developed as you’re writing the actual latest version of the script, as opposed to when you are on set, it’s like you get that last minute to create the character. It’s like, okay, well don’t have forever. That’s the choice you made.

THE MARY SUE: Is it more daunting to do the live show or is it more you cause you get to kind of be there throughout the whole process?

HARVEY GUILLÉN: I mean, I do like that the audience aspect, I grew up doing theater, so there’s nothing to compare that live audience, instant rapport, when a joke is funny and it lands and you hear the audience and you have to wait for laughter to died down, as opposed to when you do film or television and you know it’s funny and the only laughter meter that I have on set is always like the boom guy or the crew. If they can’t hold it back and then they have to cover their faces cause they’re laughing. I’m like “Okay” but even then you could still be wrong because it ends up in the editing room and they can edit that part. And that joke never makes it.

THE MARY SUE:Yeah. And it is very fun. Like I’m very excited to see your live show because I was a big fan of the movie What We Do in the Shadows. So I instantly was like, oh, I’m going to watch this show and love it. And Guillermo is easily the best character. And so like, with that kind of fame now and where people talk about Guillermo all the time with that show, are you excited to show them this aspect of you? Because you said you did theater and doing a live thing is very different.

HARVEY GUILLÉN: Yeah. I’m excited for people to see something that I love to do. I love doing TV and film. Absolutely love it, but it’s also nice to put on different hats throughout the year because people can really get used to seeing you in one character or in one role or one movie or one performance and people can forget that it’s a performer behind the costume, doing all kinds of different stuff. So it’s always nice to find fans who liked you for a specific reason and the different demographic. So it’s always funny to come across a fan who was like, oh, I loved you on The Magicians. Oh, okay. So you love that world. Like that’s the demo. And it’s like, yeah, I love it. And I didn’t know you were on that. What is it? The Shadow show. Oh yeah. You have to watch that so it’s kind of funny and cross promote a certain character from the separate demographics and genre show. It’s nice to introduce you to a different one.

THE MARY SUE:And so, okay. So this is a late night live talk show that you’re doing. And so I wanted to know what can you tell us since this is a completely new thing? Like what do you guys have planned?

HARVEY GUILLÉN: Well, we have a huge show planned and we’re going to have people popping in, really familiar people. And it’s just going to be, um, I mean, I’m talking about, you know, people who are friends of mine who are going to stop by ranging from people I’ve worked with, people who have been in my life, you know, throughout my whole career who have been supporters of me, like we have Leonard Maltin who is, you know, a world-renown film critic, who I know personally through his daughter, Jessie and he’s going to pop in and like we’re celebrating pride. So it’s going to be a huge show revolving around that. And we’re going to have some Broadway stars pop in. We’re going to have some major drag queens pop in and we’re gonna have some major actors, like it’s going to be great, but it’s also going to incorporate a lot of sketch scenes that I get to do with the writers and the other actors on the crew. So I’m really excited for it, it’s going to be an hour full of fun.

You can catch Your Late Night Show Tonight With Harvey Guillen streaming live on June 18th at 7 PM PST!