Harry Potter and the Struggle to Diversify the Wizarding World 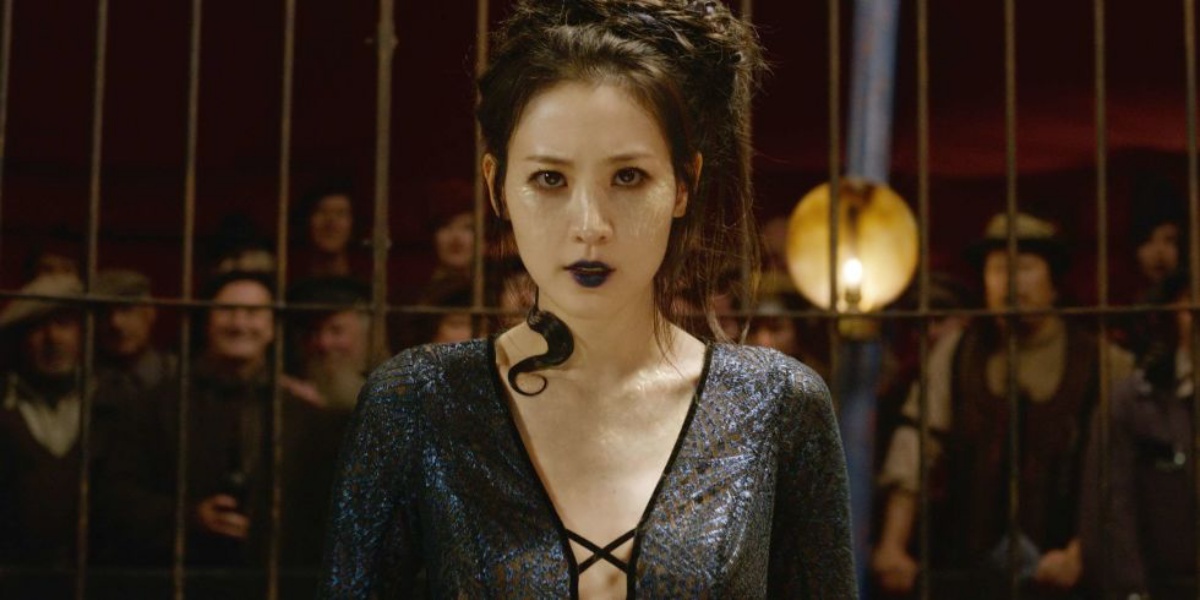 When fans of color, and just people who care about representation in general, talk about what it means to have onscreen representation, the issues that come up are (a) how to make it “organic” and (b) the idea that “people are never satisfied.”

In the wake of Fantastic Beasts: The Crimes of Grindelwald, those conversations have come up again, pertaining to Nagini and Leta Lestrange, who function as J.K. Rowling’s attempt to sort of prove that the Harry Potter franchise was always diverse, even though the receipts clearly show it was not.

When people say they want “organic diversity,” if I’m being charitable, it means the want diversity in characters that are not there to “make a point.” In the extreme, it can mean they simply see no place for brown, disabled, and LGBTQIA+ people in historical fantasy and period dramas, even though there is no real historical basis for that statement. Also, it’s fiction.

When it comes to Harry Potter, a modern franchise set in the ’90s, written in the ’90s and early 2000s, there’s no reason a Wizarding school like Hogwarts, which houses students from throughout the United Kingdom of Great Britain and Northern Ireland, as well as the Republic of Ireland, wouldn’t have a population that reflected the diversity of Great Britain in that era.

In fact, it does have some Black and Asian characters, but they are few and far between, not to mention the fact that race and racial issues are told through the metaphors of magical blood purity, and that creatures like goblins and House Elves are stand-ins for issues of oppression in the real world that any of the Muggle-born or half-blood characters would already know about.

Knowing all of that and being critical of that didn’t stop fans of color, myself included, from engaging with Harry Potter. We focused our attention on creating great fan art, fanfiction, and of course, discussing the characters of color that do exist, like Blaise Zambini, Cho Chang, and Angelina Weasley (née Johnson), and making sure they got the respect and nuance they deserved.

Rowling’s insistence on trying to make Hogwarts retroactively more diverse, and saying things like “Lupin’s lycanthropy is a metaphor for HIV,” just seems agonizing because we, as fans, have long dealt with the lack of developed characters from marginalized groups in the series. We were working on that through our own fan works.

It’s disingenuous for Rowling to act as though saying Hermione could have been any race is valid, considering the official illustrations we have of the characters, which show her as white. She can support the art and diverse casing without acting as though she actually had this in mind. She didn’t.

That inability to accept that fact is why we have ended up with the three punches that were her mishandling of Navajo history (and long-running absence of all the non-Western magical schools), the Nagini reveal, and the backstory of Leta Lestrange. Rowling didn’t want to accept it when Native scholars and fans told her, “You messed up because you don’t have any real knowledge of these cultures.”

With Nagini, the argument was “just wait until you see the movie.” Then, we saw the movie, and Nagini did nothing. Finally, Rowling has a French wizard kidnap a Senegalese woman and rape her as the backstory for one of the few black female characters she has in a series that, up until this point, has wholeheartedly ignored real-world racism.

The reason none of this comes off as “organic” is because Rowling wants her series to mean things that she’s not prepared to handle, which would be easily remedied if she just … asked for help.

“You will never be satisfied”:

While I love to be compared to Eliza from Hamilton, the truth is that I am often satisfied when shows do their very best to improve as they go along. The Flash has, after so many seasons, finally given Iris West the storylines (and stylists) she deserves, actually using her journalism in multiple episodes.

Wynonna Earp has been adding more POC despite having lost Dolls. Titans may have not had good promo, but there’s no denying that Starfire has been one of the major pluses in that series since the beginning. Hell, I’m watching Mad Men for the first time, and I enjoy how everything is being handled on that show, although I wish Dawn could have gotten a bit more of a storyline.

Criticism, especially fan criticism, isn’t there to say we will never be happy. It’s to say we expect better because we care about this product.

It doesn’t bring me joy or pleasure to talk smack about Harry Potter; I’ve invested several years of my life to that franchise, and a lot of money. J.K. Rowling was one of the first authors who inspired me to write, and I will always love her for that.

But it doesn’t mean that her oversights and subsequent attempts to course-correct are not misguided. I would be fully satisfied if J.K. Rowling would just allow her fans to do what they had been doing: making the series their own.

The expansion of Star Wars may be frustrating to some, but the reality is that it has allowed characters of color to take center stage in ways that are unprecedented, and even if you don’t love it, that is the future. Leta, Nagini, and a cameo don’t make up for the whiteness of the current main cast, so really, if J.K. Rowling wanted to make a new, diverse cast of characters, she could have started with Newt Scamander.