Also: get off his plane. 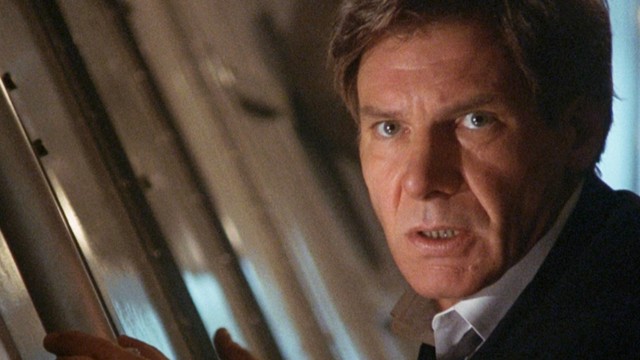 During a recent interview with an Australian TV show, actor Harrison Ford was informed that Republican presidential nominee Donald Trump was a big fan–especially of “the way [he] stood up for America” as the President of the United States in 1997’s Air Force One.

For Ford, however, it seems the love isn’t exactly mutual–and he couldn’t resist taking a moment to address Trump directly, just to clarify one thing. You can check out the brief clip from the interview in the tweet below:

Harrison Ford on his super fan Donald Trump from that fantastic interview with @AngelaBishop! #studio10 https://t.co/mSNZaQSAFO

In all seriousness, though–should we make sure that Trump doesn’t think that being president is like Air Force One, or Independence Day, or White House Down, or any other movie where someone plays the president in a fictional time of crisis? Because someone may have to sit him down for a real conversation if that’s the case.