The Happytime Murders is a One Joke Movie | The Mary Sue

Review: The Happytime Murders is a One Joke Movie with Not Much Else Going On 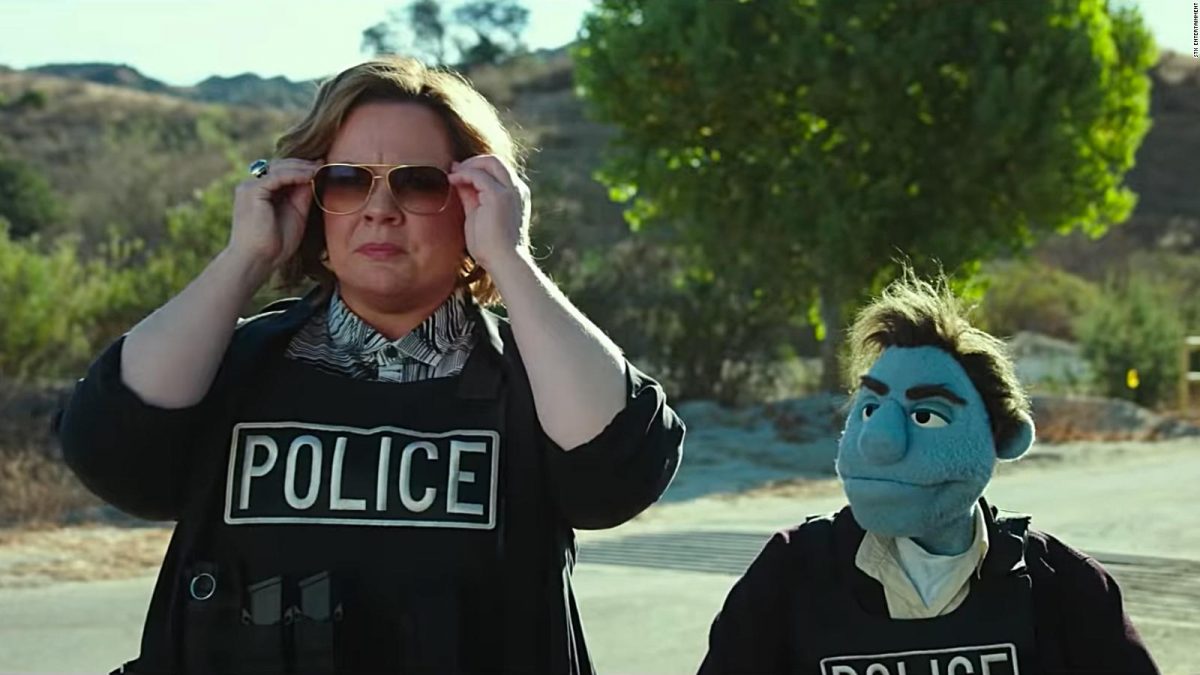 How can a movie filled with so much talent be so bad? That’s the question that kept going through my head as I watched The Happytime Murders. The film is an exercise in wasted potential, squandering a fun premise and a talented cast in what could have been a legitimately entertaining movie. All the pieces are there, but The Happytime Murders doesn’t have a clue what to do with them.

The film takes place in a world occupied by humans and puppets, where puppets are treated like second class citizens in the most hamfisted racial allegory since Bright. Hardboiled puppet private eye Phil Phillips (Bill Barretta), a disgraced former cop, must team up with his estranged ex-partner Detective Connie Edwards (Melissa McCarthy) to find the killer who is picking off the former stars of a 1980’s television series The Happytime Gang. The film is directed by Brian Henson, son of Muppets creator Jim Henson, and is the first film made under the Henson Alternative banner.

Puppets behaving badly is not a new or fresh conceit. The concept was executed brilliantly in the Tony-winning musical Avenue Q and was played for outrageous laughs in Team America: World Police. Yet The Happytime Murders hinges its entire premise on foul-mouthed Muppets drinking, snorting sugar (their drug of choice), and having kinky sex. It’s a joke that quickly wears out its welcome, as the film repeatedly goes back to the crass well with diminishing returns.

The talented cast tries their best with the mediocre script, and nobody curses up a storm better than Melissa McCarthy, but there’s only so much they can do with the material they’re given. Elizabeth Banks shows up as a washed up Happytime Gang member and former flame of Phil’s. The only actor who truly makes an impression is Maya Rudolph as Bubbles, Phil’s lovelorn Gal Friday. Rudolph continues to be the best part of the projects she’s in, and deserves something more worthy of her talents.

Ultimately the film fails because it is more concerned with puppet shock value than with building actual characters and relationships between the people and the puppets. Phil Phillips, the lead of the film, is a cliched film noir private eye, a character that has been spoofed countless times. He’s Who Framed Roger Rabbit‘s Eddie Valiant without the charm or pathos.

And ultimately, that lack of heart and warmth is what drags down The Happytime Murders. The filmmakers would rather show puppets re-enacting the Basic Instinct leg cross (yes, there’s full-frontal puppet nudity in this movie) and jizzing silly string for a full minute instead of actually crafting a worthwhile storyline. While this may be entertaining enough for a sketch or a YouTube video, it’s hardly enough to hang a movie on. If you want to watch puppets behaving badly, you’re better off watching a rerun of Crank Yankers.