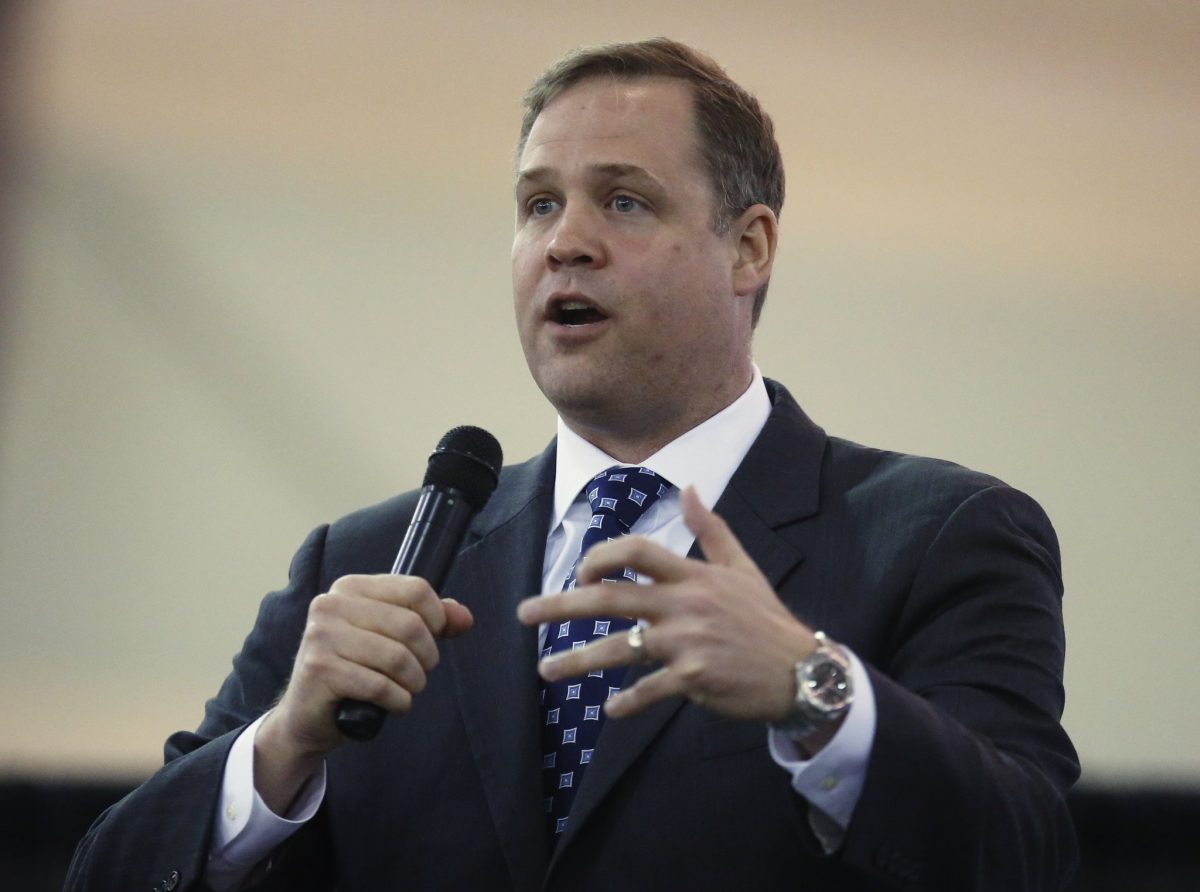 The Senate narrowly confirmed Rep. Jim Bridenstine (R-Okla.), a former Navy pilot with zero scientific credentials, to lead NASA in the Trump administration’s continuing war on science/rational thought/good ideas. Bridenstine will be the first elected official to hold the job, taking over the job from Charles F. Bolden Jr. who resigned immediately following Trump’s inauguration. Bolden Jr., a former astronaut and retired Marine Corps Major General nominated to the post by President Barack Obama, was the first African American to head the agency. Since his resignation, associate administrator Robert M. Lightfoot has been serving in his stead for the past 467 days, marking the longest time period that NASA has been without a leader ever.

Bridenstine, who was nominated last September, was confirmed by a narrow 50-49 vote, after Sen. Marco Rubio (R-Fla.) reversed his original position. Wait, are you telling me Marco Rubio took a stand only to immediately folded under party pressure? Color me shocked. Sen. Jeff Flake (R-Ariz.) also changed his vote after pressure from Senate Majority Leader/Turtle Disguised as Human Mitch McConnell.

Bridenstine is yet another in a long line of troubling Trump administration picks. He has no formal background in science or engineering, and has stated repeatedly that he does not believe humans are to blame for climate change. In a 2013 speech, Bridenstine declared that “the people of Oklahoma are ready to accept” an apology from then-President Barack Obama for what Bridenstine called a “gross misallocation” of funds for climate change research instead of weather forecasting. Yeah, keep waiting on that apology, buddy.

But don’t worry, Bridenstine’s not only wrong on science and the environment; he’s wrong on social issues too! The representative has a history of opposing equal rights for same sex couples as well as gay marriage. He also called the Obama-era protections for transgender children’s right to use the restroom of their choice “lawless federal bullying.” The Trump administration has since rolled back those guidelines.

But all hope isn’t lost yet. Keep your head up and check out this opinion piece by Nathaniel Stinnett, executive director of the Environmental Voter Project, a non-partisan non-profit that uses data analytics and behavioral science to get environmentalists to vote. In 2018, celebrate Earth Day on November 6th by hitting the polls and voting for politicians who believe in saving the environment.

(via The Huffington Post and The Washington Blade, image: Sue Orgrocki, Associated Press)