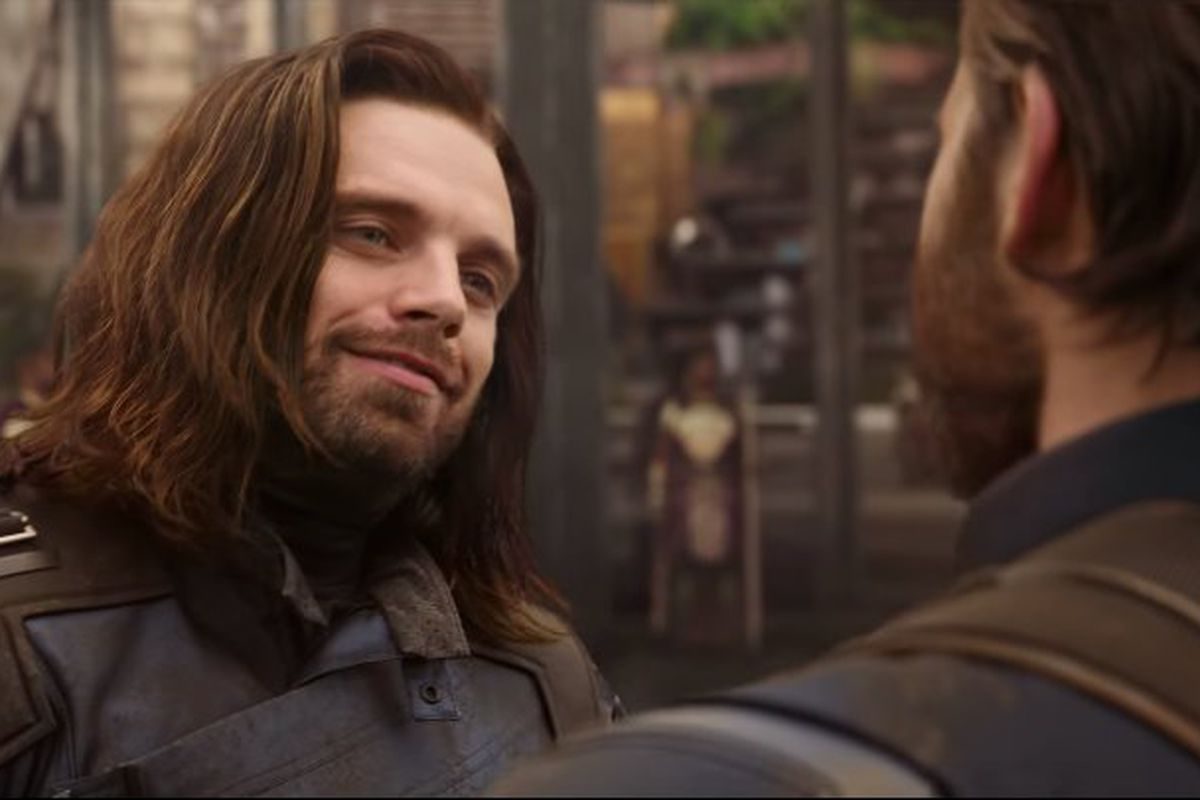 James Buchanan “Bucky” Barnes is a character that, if you’re not a stan, you may have to stop and think about. Meaning you might need someone to prompt, “Captain America’s best friend, you know the one with the metal arm?” This is a shame, because Bucky is a fascinating figure throughout both Marvel Comics and MCU canon. He hasn’t been given a lot of dialogue in the movies to date, but that is bound to change with Falcon and The Winter Soldier. And today, we’re getting to celebrate our favorite boy from Indiana/Brooklyn/Bucharest (kind of).

While Steve Rogers is our favorite Cancer, with his birthday on the Fourth of July, Bucky Barnes is a little less on the nose. The Pisces got to celebrate his 107th birthday today, and he still has a bold MCU and comic future ahead of him, all but guaranteeing many more birthdays. Bucky has been around for the last 80 years since his first appearance as Captain America’s teenage sidekick in Captain America #1 in 1941. The Marvel Cinematic Universe version of James Buchanan Barnes is a bit different, however.

In the Captain America movies, he’s a good boy from Brooklyn (allegedly, I’m still convinced that we’re going to find out he has the Indiana roots of the comic Bucky Barnes when Falcon and the Winter Soldier comes out) and he’s also not a teenager when we first meet him. The MCU’s Winter Soldier storyline also diverges from the Ed Brubaker comic run, though it is hugely influenced by Brubaker’s resurrection of Bucky, which broke a long-standing unwritten Marvel rule that Cap’s sidekick had to stay dead. On this, the day of celebration for our favorite White Wolf, we get to celebrate whatever version of Bucky Barnes we love most.

Is this in costume? Is Sebastian Stan just so committed to the bit that he’s wearing a glove to be Bucky Barnes? I have so many questions about this birthday video. But it’s lovely to see an actor care enough about the character that they’re bringing to life something like this and sharing it with fans.

Superheroes mean a lot to many of us, filling our days with joy and distraction, both of which we need at the moment. Fans are often dedicated enough that we remember things like character birthdays, celebrating with posts on social media. To see an actor celebrate that character’s birthday too? A delight! What a day to be a fan of Bucky Barnes.

Happy birthday, James. Being a fan of Bucky Barnes and watching him have less than an hour of screen time in the entirety of the Marvel Cinematic Universe hasn’t been easy, but Falcon and the Winter Soldier is about to give us all the content we’ve been waiting for, and what a way to celebrate your 107th birthday.