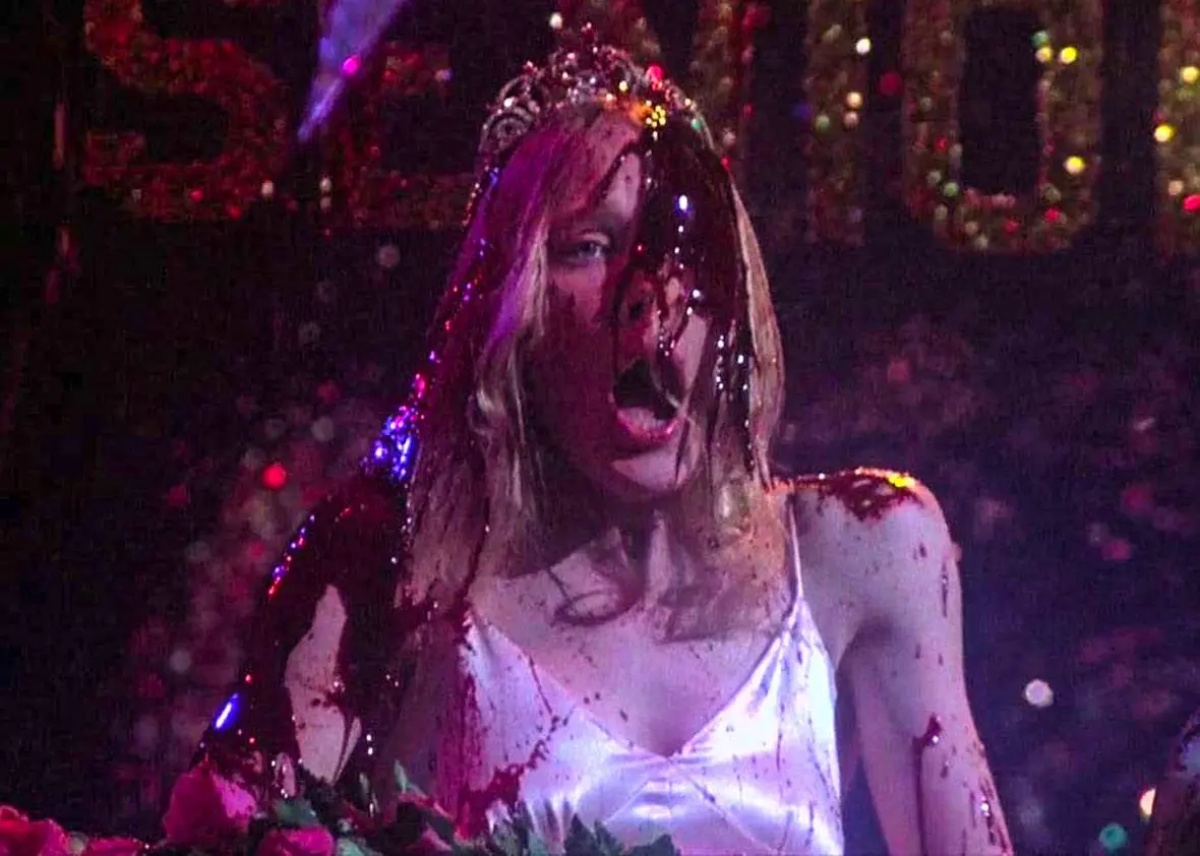 A fat, friendless, bullied, high-school girl from an abusive household, who uses her newly discovered telekinetic powers to exact revenge on those who torment her. The story has been adapted several times, including a 1976 feature film, a 1988 Broadway musical, a 1999 feature film sequel, a 2002 television film, and a 2013 feature film. Carrie made King a household name. How?

Well, it helped that right after the book came out, the Brian De Palma film adaptation followed a quick two years later. I saw the film before I read the book, but I think the combination of the two prepared me for not only just King as a writer, but as someone who crafted experiences that left you emotionally devastated—not just because of the horror of the moment, but that it made you question your own moral feelings.

Carrie White is a murderer, but she is also a sad lonely girl who, pushed to the edge, acts out in a way that can only cause more pain. While the ’76 adaptation certainly makes Carrie an even more pathetic figure, the book paints this as a young girl who never had a chance. The abuse that her mother, Margaret White, lashed onto her just worked to turn a young girl dark.

I remember reading the novel and loving how different it was from King’s other work. It’s an epistolary horror novel, so you are getting information from several sources, all telling you, leading you down this path where you know something is gonna happen but you’re helpless to stop it. My favorite thing about Carrie, and most King novels, is knowing the conclusion to the story, but still very much wishing you could stop it.

A part of me always wishes that the rope would break when Chris Hargensen pulls it. I always wish that Sue was able to stop everything that happened. Instead, I have read and watched Carrie White be splattered covered in pig’s blood and destroy her small Maine town.

King has always credited his wife, Tabitha King, for really helping him to craft the novel and fleshing out some of the aspects of the female characters. The result is a novel that is a strong foundation for a long, successful career in horror. So, happy publication day to Carrie, a very Aries novel.