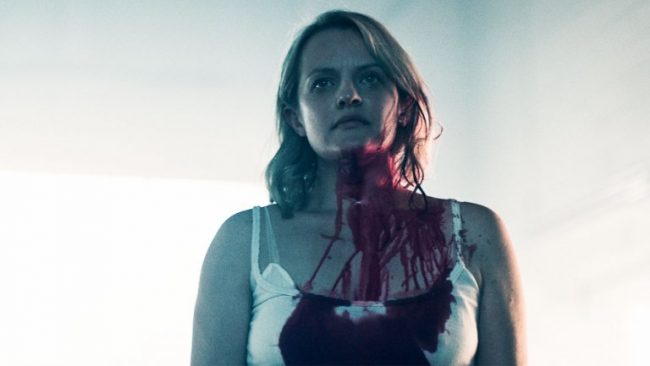 I was already excited for Season 2 of Hulu’s The Handmaid’s Tale after a breathtaking Season 1. However, after seeing these newly released first images, I’m even more giddy. Strap in, folks. We’re going back to Gilead.

Hulu released three new images from the upcoming second season of their hit show, based on the novel by Margaret Atwood. However, one of the most exciting things about this season is that it’s moving beyond that novel! The show ended where the original novel does, with June/Offred (Elizabeth Moss) being put in the back of a black van that may either be taking her to safety, or betraying her.

Season 2 of the show will resolve that, and with Atwood herself a consulting producer on the show, I’m sure it’s gonna be goood. 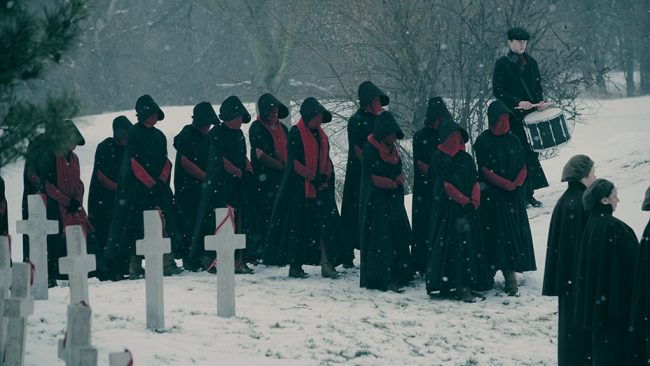 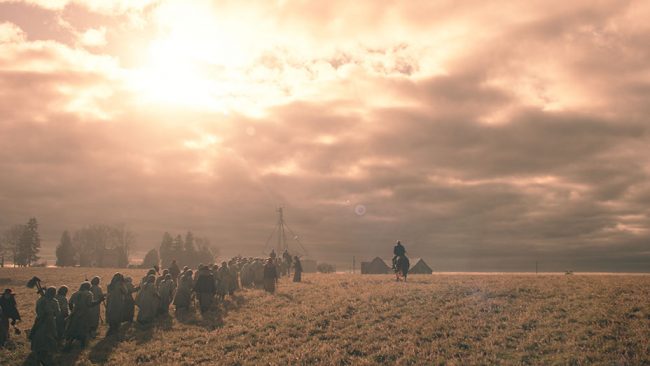 In a statement, Hulu says that Season 2 of The Handmaid’s Tale “will be shaped by Offred’s pregnancy, and her ongoing fight to free her future child from the dystopian horrors of Gilead. “Gilead is within you” is a favorite saying of Aunt Lydia (Ann Dowd). In season two, Offred and all the characters will fight against — or succumb to — this dark truth.”

Looking at the images above, I’m reminded of one of the reasons I love the show so much. The way it’s shots are composed, the use of color and light…it’s so distinct, and beautiful, and harrowing at the same time. I certainly need to know what that top photo of bloody June/Offred is about! Did the van take her somewhere nefarious from whence she had to escape brutally? Is that from a flashback? Or is she straight-up kicking some Gilead ass?

Honestly, I don’t even have a preference as to which of those it is. Just give me more Handmaid’s Tale, Hulu! The show is set to return in April, but a premiere date has yet to be set.

(via The Hollywood Reporter, image: Take Five/Hulu)
Want more stories like this? Become a subscriber and support the site!