Don't forget: this is part of a well balanced bounty hunter breakfast. 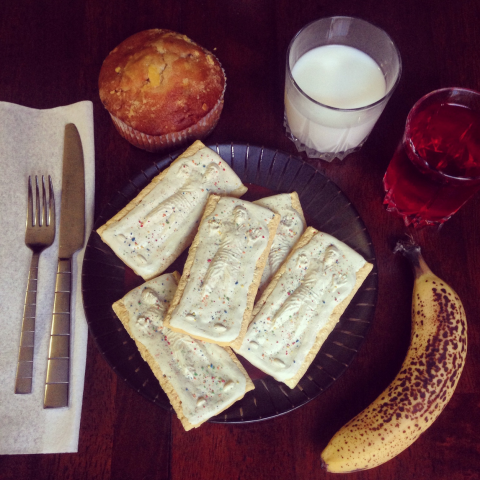 If you’ve ever looked at Han Solo frozen in carbonite and thought to yourself: man, I bet that’d look really cool on a Pop-Tart, then you should probably talk to someone about that because I care about you and I’m worried. But Falcon Toys actually has what you need, because they released a (sadly now sold out) run of vinyl (read: inedible) toys featuring Han Solo trapped in Pop-Tart-onite.

The only side effect from this hibernation is the massive sugar rush he’ll get when he’s unfrozen.