Just when you thought Hadfield couldn't be any more awesome... 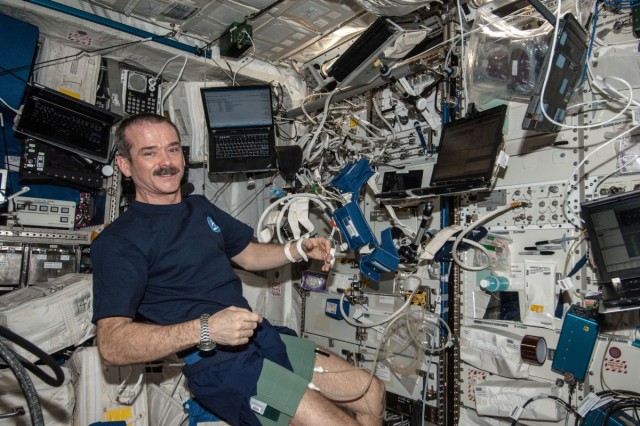 Internet hero and all-around inspiring dude Chris Hadfield has already commanded the International Space Station, written a book, and captured the imaginations of people world-wide. Naturally, the next item on his to-do list was to become a professional ballerina – and the National Ballet is giving him his chance.

Canada’s internationally-renowned, Toronto-based ballet corps The National Ballet puts on a month-long showing of Christmas favorite “The Nutcracker” every holiday season, and traditionally uses celebrities for cameos as Cannon Dolls during each performance. Hadfield will be one of these Russian Petrouchka dolls, tasked with shooting a cannon into the audience during the first act, during the company’s biggest Nutcracker performance of the season – the Christmas Eve showing.

The National says it’s the first time in its 63-year-history that an astronaut has appeared on-stage as a Cannon Doll. If you’re in the Toronto area and a Hadfield fan, you can go ahead and check for tickets right here!

(via The Globe & Mail, image via NASA)