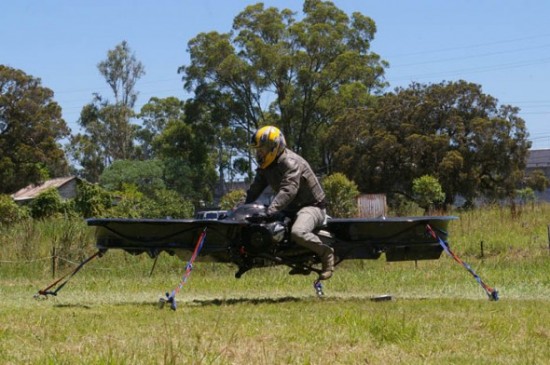 Chris Malloy built a hoverbike that he claims could theoretically reach speeds of 173 mph and a height of more than 10,000 feet, due to its high thrust-to-weight ratio. Right now? It only hovers about three feet off the ground while tethered to the ground. Malloy worked two years to achieve this feat, which may seem like quite a long time only to get the hover part of the hoverbike working, but Malloy did this himself in his garage.

The hoverbike only seats one pilot, on a Kevlar-reinforced carbon fiber foam core frame, which sits between two horizontal spinning propellors that are made from Tasmanian Oak with a carbon fiber leading edge. The hoverbike is controlled by the handlebars, with the left handlebar grip making the hoverbike go up or backwards, the right handlebar grip increasing thrust, and turning the handlebars controls turning the hoverbike — similar to a regular motorbike. Malloy is planning to cover the propellors to avoid potential injury and also plans to include a computer-override to help pilots avoid toppling the bike. 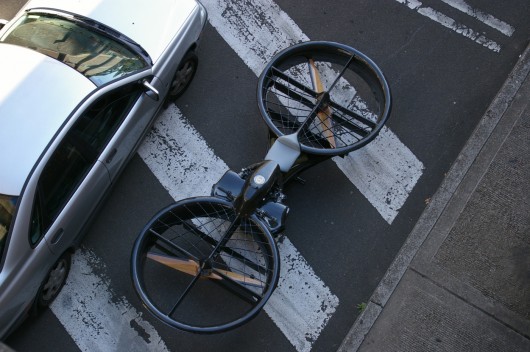 Malloy says he envisions the hoverbike being more of a workhorse, including military uses and search and rescue missions, but we all know we’re just going to drive them to work and park them on the roof.