Welcome to the fruit snack revolution, I guess? 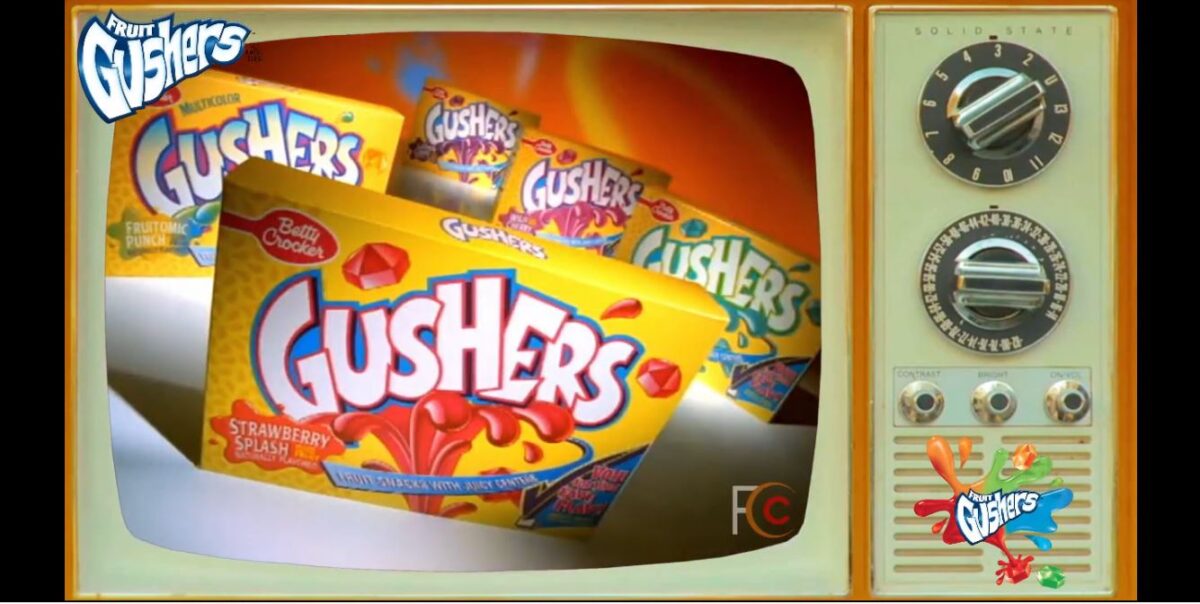 As thousand of people across the country continue to protest police brutality and demand justice, companies are joining the fight. Some like Bad Robot, Disney, and LEGO are donating millions of dollars to various non-profits and charities. Others are working to establish new programs to help fight for racial equality and justice.

But while these donations are appreciated, they’re not entirely from the goodness of people’s hearts. These statements of support are playing on popular opinion, in the hopes of boosting the image and brand of each company. We’ve seen it in the increased corporatization of LGBTQ+ Pride, among other politically themed marketing moments.

By now, we’re used to these cynical marketing ploys, but sometimes a company comes along and offers an opinion that literally no one was asking for. Case in point: beloved 90s fruit snack Gushers, which tweeted this statement:

Gushers wouldn’t be Gushers without the Black community and your voices. We’re working with @fruitbythefoot on creating space to amplify that. We see you. We stand with you. pic.twitter.com/7y1DgUYitN

Oh snap, now Fruit by the Foot is getting involved!

Teaming up with @gushers. We are listening & committed for the long term. Stay tuned. https://t.co/qYH3nkAnfN

What is it exactly that Gushers and Fruit by the Foot are planning? Free snacks for protesters? A river of corn syrup to entrap the police? Look, I get it. Social media managers gotta eat. But this is WILD. People are not looking to Gushers to change the world.

The tone deaf tweets garnered some hilarious responses from Twitter. Here are some of our favorites:

I never had any doubts that Gushers was working to create a more just an equitable world but I’m still glad to see this.

Thank you to Gushers for tweeting "Gushers wouldn't be Gushers without the Black community" in the dead of night last night 💪😤Please give all black people (who want them) free gushers 🙏 Thank you again https://t.co/1kLciB6Cqz

I stand with Gushers. https://t.co/U43viN2sKY

When I decide to go to the store, I'm definitely going to think:

"You know what, Gushers supports Black issues and tweeted about black causes. I'm definitely going to select them over those horrible White Supremacist Haribo Bears."

You know, I wasn’t really looking to Gushers for moral leadership right now, but goddamn did they deliver anyway.

My childhood snack choices have been affirmed. Gushers, lead the way. https://t.co/LJurjJlpXs

Thank you Gushers. Out of respect, I will not gush one single Gusher today https://t.co/qr7mDXsny7

I’ve been waiting for this one thank you https://t.co/5TTmdTfkq4

Either make an all Black gusher with the inside tasting like sweet potato pie or this rings hollow. https://t.co/XC1VFt0JMX

Gushers walked in selma once. Gushers did back up vocals for a local production of the Wiz. Gushers screamed get it bitch as Angela Davis successfully defended herself against the American Government. Gushers grandfather was J Edgar Hoover whoops oh shit!

Gushers, welcome to the resistance I guess? Sigh.

With the sound off, this looks like the tower of opponents Tucker must face in Mortal Kombat https://t.co/cmCMBv3l0r

I have no idea who did this, but if you know, find them and tag them. One of the best things I’ve seen on this app this week

What did you see out there today, Mary Suevians?