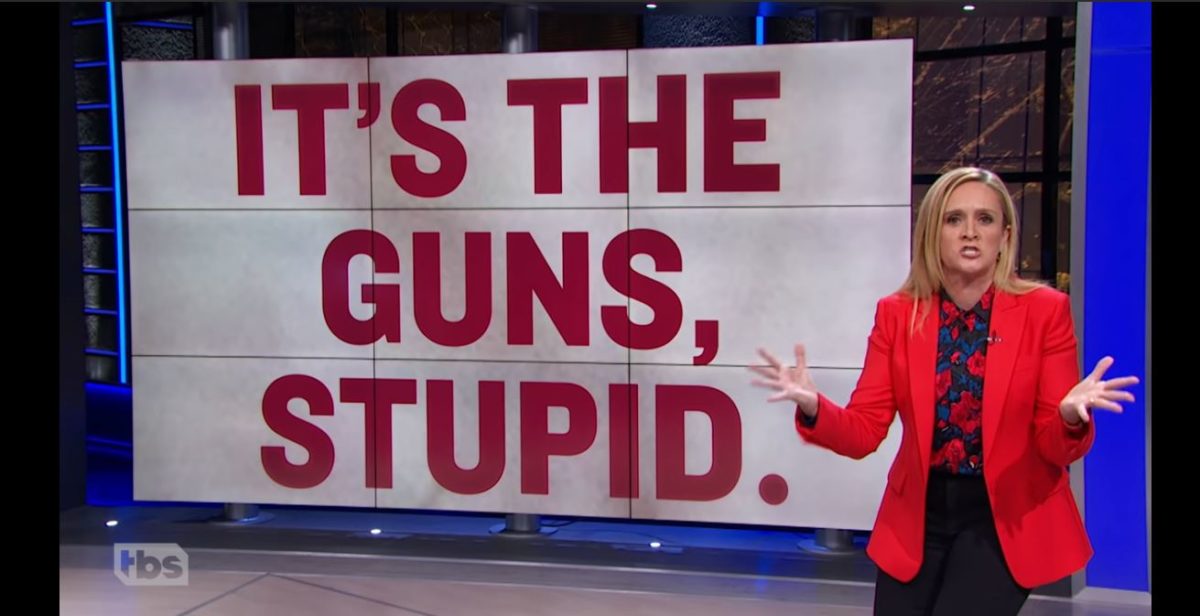 Colorado, in all its infinite confusion, has made another baffling move: The state’s Republicans have nominated a gun-loving, education defunding, GOP candidate for the U.S. House of Representatives race this November.

Boebert beat a Trump-backed congressman because she said that he wasn’t sufficiently pro-Donald Trump. I guess that’s all we need from Congress now? Are you for or against the president? (This sounds more and more like fascism with each passing day.)

Boebert is so pro-gun that she literally owns a gun-themed restaurant, where the staff carries guns. Do you know where I’d never feel safe? A GUN-THEMED RESTAURANT. Second, she just wants the United States to be extremely conservative and thinks those who disagree are “left-wing lunatics,” and something tells me that she’s the kind of person who will scream about her opinions and call mine “un-American,” even though the point of America is that we can both have those opinions.

All jokes aside, Boebert truly terrifies me. Not only does she position her love for guns as supporting the second amendment (which was written long before semi-automatic weapons existed so if you want to own a musket or whatever guns the Founding Fathers had, have at it. The guns we have now? Not what Washington and his crew had in mind.)

She’s also praised “QAnon” conspiracy theories. Speaking with conspiracy theorist/apparent Trump 2020 campaign member Ann Vandersteel, Boebert talked about how she hoped the theory was real because it meant that America was getting “stronger” and better: “Everything that I’ve heard of Q, I hope that this is real because it only means that America is getting stronger and better, and people are returning to conservative values.”

The QAnon theory is basically that Donald Trump is a hero (lol) battling the forces of the “Deep State” to reveal the heinous crimes of mainstream (typically left-wing) political figures like Hillary Clinton. It’s just as baffling and weird as it sounds, and so, I can’t wait for yet a sitting U.S. representative believing this. In November, she’ll face off against Democrat Diane Mitsch Bush, who lost to her primary opponent, incumbent Scott Tipton, in the last election.

She’s not the first congressional candidate to make it to the November election who believes the QAnon theory, either.

UPDATE: Here’s the now 9 QAnon-supporting congressional candidates who have now made it to November by state:

But then, if I had these tools backing me, I’d start to question A LOT about myself …

Congrats to America First Patriot @laurenboebert on the big win!

Lauren Boebert won because Republicans want a fighter, not a seat filler.

I see all the Russiagate truthers are mad at @LaurenBoebert

For context, Russiagate began with a claim that the President hired Moscow hookers to pee on a bed in his hotel room

It should go without saying that this is not how the Russia investigation started, but thanks to the ubiquitousness of this conservative lie, I’ll say it again right now.

Is all this terrifying? Absolutely! The last thing anyone needs is a woman who owns a gun restaurant trying to abolish the Department of Education, but all the rules of America have been thrown into the Atlantic ocean at this point.

(via The Associated Press, image: TBS)