This Is Highly Illogical, Says Grumpy Cat In Spock Ears 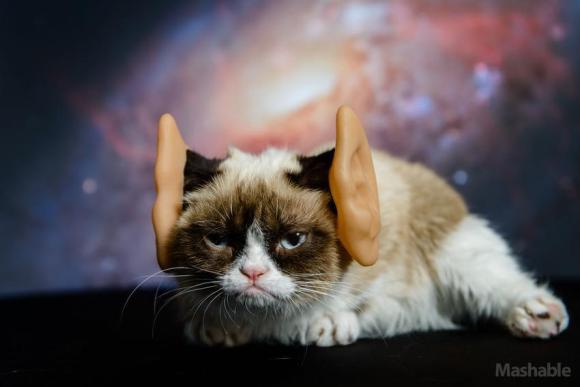 Grumpy Spock? Spocky Cat? This can only make the poor thing grumpier. Part of a larger photo series Mashable posted of the meme-famous Grumpy Cat in costume.