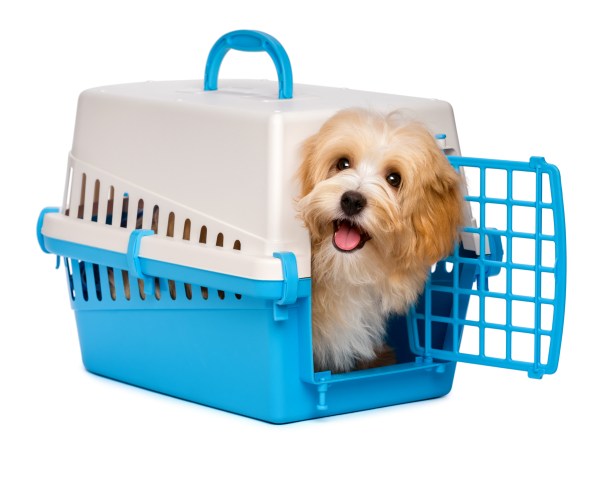 After publishing an initial blog post yesterday afternoon addressing the controversy surrounding this year’s Hugo Awards ballot, A Song of Ice and Fire author George R.R. Martin went on last night to engage with sci-fi and fantasy fans on both sides of the debate and to share several pieces of writing about the fiasco that he’s calling ‘puppy-gate.’

In his second post last night, Martin addressed the personal meaning that the Hugos and Worldcon hold for him, and explained the Awards’ historically narrow margins of victory and how the small voting pool (at least relative to comparable awards/cons) allowed the self-proclaimed “Sad Puppies” to saturate this year’s slate. (Martin doesn’t discuss Gamergater and renowned racist Vox Day’s group the Rabid Puppies, saying “Vox Day is another matter, and one I will speak to separately.”)

If the Sad Puppies wanted to start their own award… for Best Conservative SF, or Best Space Opera, or Best Military SF, or Best Old-Fashioned SF the Way It Used to Be… whatever it is they are actually looking for… hey, I don’t think anyone would have any objections to that. I certainly wouldn’t. More power to them.

But that’s not what they are doing here, it seems to me. Instead they seem to want to take the Hugos and turn them into their own awards. Hey, anyone is welcome to join worldcon, to become part of worldcon fandom… but judging by the comments on the Torgesen and Correia sites, a lot of the Puppies seem to actively hate worldcon and the people who attend it, and want nothing to do with us.

In a later post, Martin also spoke about the established practice of writers campaigning for the Hugo Awards, and what that might mean for the future of the organization in light of this year’s ballot (bolding ours):

The Sad Puppies did not invent Hugo campaigning, by any means. But they escalated it, just as that magazine/publisher partnership did way back when. They turned it up to eleven. Their slate was more effective that anyone could ever have dreamed, so effective that they drowned out pretty much all the other voices. They ran the best organized, most focused, and most effective awards campaign in the history of our genre, and showed everyone else how it’s done.

The lesson will be learned. The Sad Puppies have already announced that they intend to do it again next year. Which means that other factions in fandom will have to do it as well. Just as happened with the “let me tell you about my eligible works,” the rest of the field is going to need to field slates of their own in self-defense.

I don’t look forward to that. It cheapens the Hugos. Will future winners actually be the best books or stories? Or only the books and stories that ran the best campaigns?

I don’t see how. And that makes me sadder than all those puppies put together.

In a post headed by the Greyjoy icon, the author also addressed what he sees as inflammatory comments on either side of the controversy:

[..] I am against punching and kicking. Up, down, or sideways. No punching here, please.

We can disagree with each other without attacking each other. And no, I am not going to listen to you if you’re screaming at me and calling me offensive names. You shouldn’t either, no matter who you are. None of us should have to put up with that shit.

It really pisses me off, reading some of the threads and comments on both sides of Puppygate, that every time someone calls for a more reasoned discourse and an end to all the name-calling, we hear a chorus of, “they started it” and “no, THEY started it” and “they called me X so I will call them Y” and “don’t you dare silence me, I will say anything I like, I’m the one who speaks truth to power.” I don’t care who started it. I just want it to stop.

It’s worth pointing out that I think it’s much easier to maintain a civil tone in the face of Puppy rhetoric when you’re not part of the demographics that this year’s ballot was designed to target; although Martin is obviously both personally and professionally impacted by the Hugos, as a white cis straight man he’s not someone Vox Day or author Brad R. Torgerson are tired of seeing in sci-fi.

Judging from a comment he made on that same post, it seems Martin understands that distinction as well:

I don’t doubt that the Sad Puppies feel slighted. (Well, some of them. Others just enjoy the idea of fucking with the ‘SJWs’).

Problem is, a lot of other groups feel slighted too. Minorities, women, and so on.

Conservatives love to dismiss the complaints of such groups and accuse them of playing the victim card… yet here we have the Puppies, loudly declaring, “no, no, we’re the REAL victims.”

Considering Martin’s massive influence in the genre writing community, his belief that the Hugos are broken (at least as we know them) might have a big impact on the Awards and Worldcon moving forward. What do you think, gang? Is there a way to ‘fix’ the Hugos? (Although Martin is dubious about this tactic, some some voters are considering protesting this year’s ballot by showing support for “Noah Ward.” Slate suggests saying that name to yourself out loud, slowly.)

In the meantime, here are some more actual puppies and their gates. I bet we could all use them.