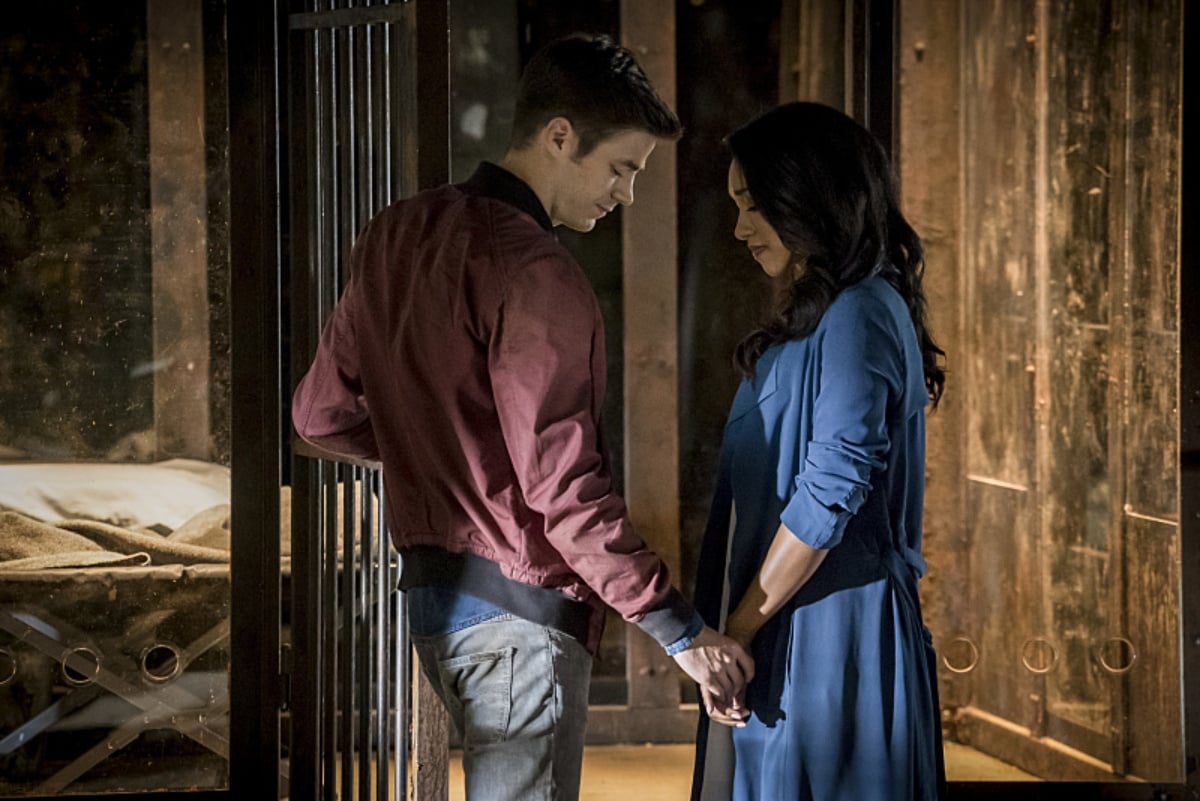 Ever since Candice Patton was announced to be playing Iris West (now West-Allen) in the CW show The Flash, the backlash reamined stayed constant. Despitebeing in its sixth season, and despite the fact that Barry and Iris are married and clearly defined as endgame on the show, there are still “How Iris West-Allen is the Worst Part of The Flash” videos. Grant Guston, who plays Barry Allen/The Flash, took to Instagram to defend his costar and onscreen wife in his stories, which were captured on Twitter.

“our iris is an african american actress. she is black. she is beautiful & she is our iris & she always is gonna be. always has been, always will be. she is barry’s endgame & candice patton plays her & she will continue to play her & i have her back & will have her back” PERIODT! pic.twitter.com/DpisJIzcIa

I have thoughts about Gustin making this statement now, at six seasons in, but at the end of the day, I’m glad that Gustin publicly defended Patton, because the fact that we are this long into the series and people are still mad about her being Iris is mentally exhausting. It’s exhausting for me, just as a Black fan who has to see all this crap on a regular basis, so I can’t imagine what it’s like for Patton and all the other Black and non-white actors and actresses that get grief for just being in comic adaptations as Black actors playing what had been white characters.

Because that’s all it is. I’m not going to say the writing for Iris is perfect; the storyline has let her down multiple times (y’all need to get Black female writers in there, Flash writing team), but they have done that with Caitlin, Cisco, the various Wellses, and even Barry, at times. Yet, their characters are allowed to exist and are treated like they belong—not Iris. Even Joe West, who is also a race-bent character, is someone that fans love and support, even when he’s underwritten and wrong about things, but Barry Allen could speak to any other female character for two seconds, and some “fans” will say he has more chemistry with them than Iris.

You don’t like Iris? You don’t like WestAllen? Fine, whatever. That doesn’t erase the toxic racism that the character has endured for years and that shows up every time a Black person gets one of these roles. It’s harmful. It’s harmful because, for those people slinging those comments, their “criticism” of the casting isn’t based on talent, writing, or anything like that. It’s based on the fact that you feel like a Black person playing a white character is a downgrade. yo the point where some of y’all don’t want Idris Elba to play James Bond, but any white man will do.

Candice Patton is Iris West-Allen, but she’s also a person who is just trying to do her job so she can give her dog the lifestyle she deserves.

(via Just Jared, image: The CW)