Be honest, you've already thought of something you would search for. 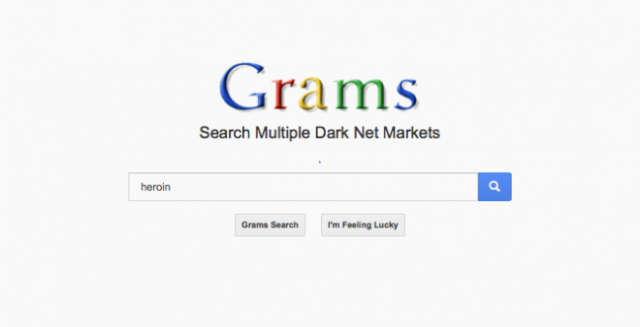 Google is great and all, but Grams, a Google look-alike search engine that offers a listing of reliable sources for illicit materials, is the most comprehensive way to find all things illegal. Drugs, weapons, Vampire Blood (probably), it’s all there. Or, you know, that’s what my friend told me.

For the most part, Grams, which launched last week but is still in beta, is almost as intuitive as its omnipresent inspiration—providing you use Tor as a search engine. From there, users can head to grams7enufi7jmdl.onion and search for whatever their twisted little heart desires, from heroin to stolen credit card numbers. Obviously, that sort of freedom is dangerous, but I’m not here to debate the merits of Grams, you guys; I’m just reporting the facts! Which, as I said, I heard from a friend. Don’t worry about it, you don’t know him.

The website is the work of a single developer who just goes by Gramsadmin. In an Interview with Wired, he explained:

I noticed on the forums and reddit people were constantly asking ‘where to get product X?’ and ‘which market had product X?’ or ‘who had the best product X and was reliable and not a scam?’ I wanted to make it easy for people to find things they wanted on the darknet and figure out who was a trustworthy vendor.

The engine already has the archetypal Google font and frontpage as well as an “I’m Feeling Lucky?” option, but in a post, Gramsadmin announced he’ll continue to tailor Grams to look even more like a bizarro Google—provided it doesn’t get shut down first, of course.

I am working on the algorithm so it is a lot like Google’s it will have a scoring system based how long the listing has been up, how many transactions, how many good reviews. That way you will see the best listing first.Within the next two weeks Grams will have a system similar to Google AdWords where vendors can buy keywords and their listings will go to the top of the search results when those keywords are searched for.  They will be bordered with an advertisement disclaimer so users know those are paid results.

Sites in the search listing include Agora, BlackBank, Cloud-Nine, Evolution, NiceGuy, Pandora, The Pirate Market and SilkRoad2. Those are probably all useful if you’re looking for some intense contraband shit, but Grandsadmin, what secret password does this homesick Canadian girl have to know to find a Kinder Surprise? I need me some sweet sweet chocolate egg.

(Wired via Gizmodo, image via Grams)