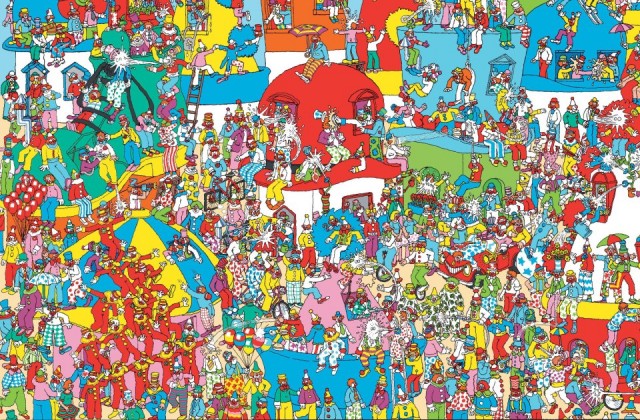 First brought to life by British illustrator Martin Handford, Waldo (who’s known as “Wally” in the UK) is an international icon who’s best known for being impossible to find—unless, of course, you’re a smartass like Randal S. Olsen who spends his time trapped in a snow storm pouring over all Handford’s Where’s Waldo books and cracking the code within them. You know, Randy, most people just watch Netflix.

Olsen, a fourth-year Computer Science graduate research assistant at Michigan State University, wanted to see if he could expand upon the “foolproof strategy” for finding Waldo that Slate put out in November 2013, in which writer Ben Blatt charted all the locations of every Waldo in the “seven primary books”—68 locations in all. Blatt proposed that Waldo was most likely to be found between “one of two 1.5-inch tall bands, one starting three inches from the bottom of the page and another one starting seven inches from the bottom, stretching across the spread.” 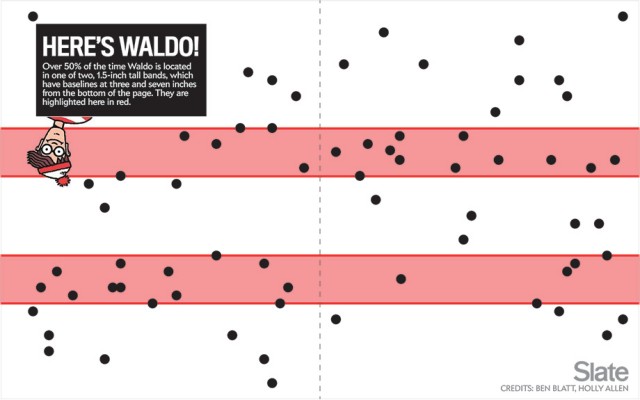 But that wasn’t precise enough for Olsen, who performed kernal density estimation to discover even more fundamental Waldo truths. From his blog:

You know that feeling when someone finally explains gravity to you as a child and all of a sudden the universe makes just a little more sense o you than it did before? My Waldo-obsessed inner child is feeling that right now like you wouldn’t believe.

With this data in hand, Olsen constructed a genetic algorithm to determine the most optimal search pattern—the best way to go about looking for Waldo, the numbers say, is to start at the bottom lefthand corner and work your way up and around: 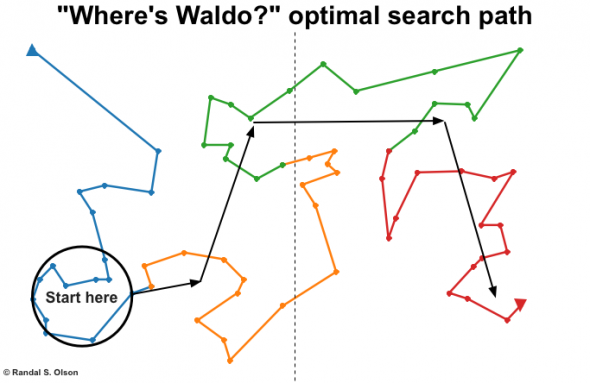 Unfortunately Olsen wasn’t able to put his theory to the test, having no Where’s Waldo books on hand at the time. We’re sure, however, that the Internet will soon vindicate his courageous investigation. You can check out the rest of his process at his blog—maybe he’ll start working on an attack plan to find Odlaw next. He’s the real one to watch out for, man.