Calgary Zoo Has Kitchen Raided by Gorillas for Second Time

Also one of them got a knife one time. Get it together, Calgary Zoo. 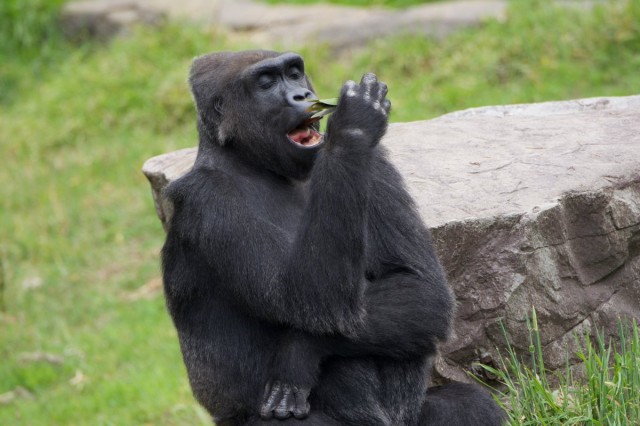 There are six western lowland gorillas housed at the zoo, and their enclosure is attached to the kitchen where zookeepers prepare food for the animals each day. That seems like possibly not the best place for that go? Although zookeepers aren’t sure how the gorillas got into the kitchen, how long they were in the kitchen, or even how other zoo employees managed to get them out. (Very. Carefully.)

None of the animals were harmed in their adventure, and at no point was the public in danger according to Trish Exton-Parder, the spokeswoman from the zoo who also said that gorillas shouldn’t be in the kitchen.

There was a similar incident back in March of this year when someone left a door unlatched. The gorillas took the opportunity to invade the kitchen, and rough up the keeper who left the door unlocked. That person was fired, which may be for the best since they also left a knife in the gorilla enclosure in 2009. We’re no zookeepers, but gorillas probably aren’t supposed to have knives.

That story made headlines back in 2009. There’s even video:

Yeah… gorillas are definitely not supposed to have knives.

The gorilla section of the zoo is currently closed to the public while it is repaired from serious flood damage from earlier this year, but considering all the gorilla escapes and knives, that might be for the best.

(via The Globe and Mail, image via Wade Tregaskis)