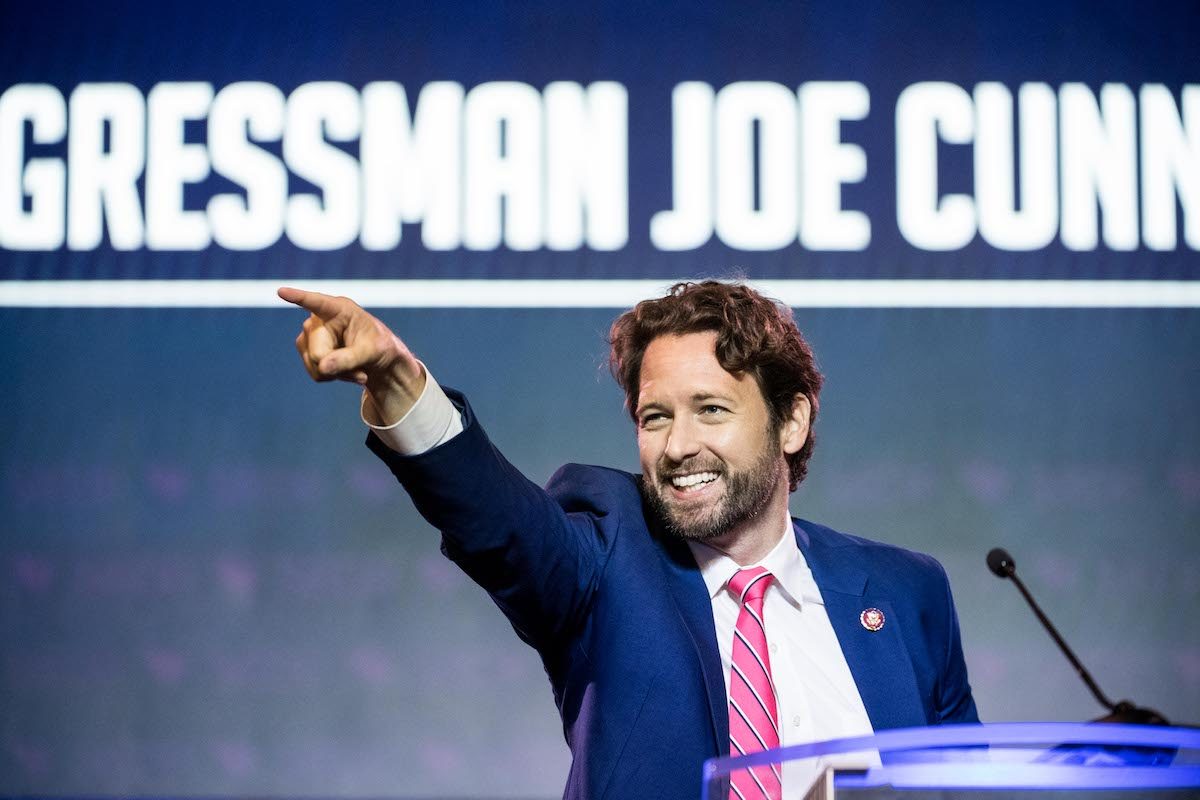 South Carolina Congressman Joe Cunningham has fired back at a Republican fundraising committee that thought it was a fine idea to mock his and his wife’s decision to attend couples counseling.

The National Republican Congressional Committee (NRCC) tweeted a screengrab of an Instagram story from Cunningham’s wife, Amanda. She had posted a tweet from Beto O’Rourke in which he calls for the impeachment of this “lawless president.” She captioned the post, “Beto getting bolder and I like it.”

Her husband is one of only (as of this writing—this number has been dropping rapidly over the last few days) 12 remaining House Democrats who are not on board with impeachment. That apparently prompted the NRCC to take a jab at the Cunninghams’ marriage.

Looks like Mrs. Cunningham likes a man who supports baseless impeachment…wonder if this will come up in @RepCunningham‘s
marriage counseling? https://t.co/vohwHpDi5Q #SC01 pic.twitter.com/SN2ppw1th4

In the past, Amanda Cunningham has been very open on her Instagram account about their decision to go to couples counseling.

We go to couple’s therapy. Not because we’re weak, but to keep us strong. Not because there’s something wrong, but to be sure things stay right. Mental health, open discussion, therapy – it shouldn’t be taboo. Everything takes work, and a healthy marriage deserves that work. Having someone navigate the complexities of a relationship, to decipher through what we’re saying and uncover the depth of meaning in those words, it aids in and magnifies our connection. I’m a proponent of talk therapy just as I am of yoga, organic foods and meditation. We have to keep healthy our whole selves, not just parts.

“We go to couple’s therapy. Not because we’re weak, but to keep us strong. Not because there’s something wrong, but to be sure things stay right,” she wrote in that post from this past July. “Mental health, open discussion, therapy – it shouldn’t be taboo. Everything takes work, and a healthy marriage deserves that work.”

So why does the NRCC think therapy is a thing deserving of mockery? Well, it could be because they’re a**holes. It could also be because, in another post earlier this month, Amanda criticized her and her husband’s health insurance for not covering either their couples counseling or her individual therapy.

“It’s just mind-blowing to me that these basic, well-known needs, that mental health is health care, are still being denied. That we’re still fighting for these absolutely basic things,” she said in the video, according to the Post and Courier.

“So I’m reaching out to my congressman—yes, also my husband—but saying, like, hey, what can we do about this? Like, let’s go to the House floor, let’s write a bill, let’s, I don’t know what you do, but let’s do it because this is ridiculous. This affects us, our family. It affects everyone else who’s seeking mental health and needs support doing so,” she continued. “I’m just flabbergasted.”

At the time, the NRCC sent out an email blast criticizing the video. “Joe Cunningham hasn’t said a word about it,” they wrote. “Does this mean he believes taxpayers should pay for his marriage counseling and his wife’s therapy sessions, too?”

Anyone with a shred of common sense and empathy can see that Amanda Cunningham’s self-described “rant” was about more than just her own therapy. She was calling attention to the fact that too many health insurance companies still don’t value mental health as something worth covering, and that’s shameful.

But instead of empathizing with those who want to invest in their own mental health, these people choose to mock them. Joe Cunningham hit back on Twitter, saying the NRCC “just hit rock bottom.”

“I respect my wife and all women, y’all should give it a try,” he wrote.

Amanda is my rock – and the @NRCC just hit rock bottom. I respect my wife and all women, y’all should give it a try.

Let’s show them there’s a price for living in the gutter.

He wasn’t the only one. Mother Jones’ editor in chief Clara Jeffrey wrote, “Does a 13 yo run this account?”

The NRCC’s deputy comms director responded from his personal account, writing, “35 yo actually.” I don’t think he realizes what a self-burn it is to admit to being 35 and still mocking people for going to therapy.

A former Republican strategist wrote, “What is wrong with you people?” NRCC’s communications director responded from his account: “It’s not our fault that @RepCunningham’s wife publicly complains about having to pay for her marriage counseling, John. Take it up with her.”

It’s not their fault, but it is the fault of the corrupt health care system they work to support. And since they were the ones who decided to make this a personal attack, I think we’re all perfectly reasonable in taking it up with them.