Google Wallet Rolls Out Without Red Carpet | The Mary Sue 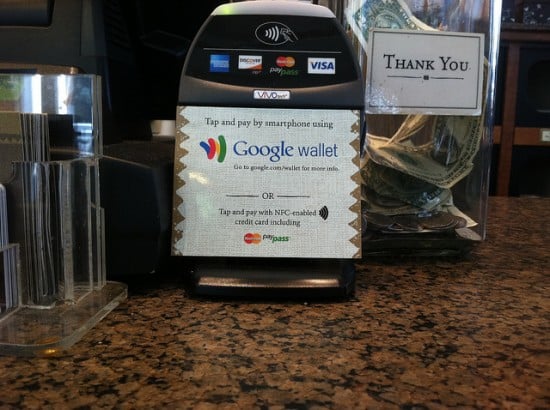 With no fanfare, Google Wallet launched today insofar that Google Wallet modules have been spotted out in the wild. Yesterday, TechCrunch reported on an email to Google Wallet partners that out-and-out said the launch would be today. Now, despite the fact that the official website still says “Coming Soon,” a module was spotted at Peet’s Coffee Shop in San Francisco.

While Google Wallet is nothing to sneeze at, it sort of makes sense that it would roll out without the red carpet for a couple of reasons. The only currently compatable phone is the Nexus S 4G, which is only available with Sprint, and only in the U.S. Also, merchants need to have the Google Wallet module in order to take payments. and MasterCard is the only credit card partner for the moment. Suffice it to say not many of us are really able to use Google Wallet right out of the gate.

All that being said, there are compatibility improvements in the works. One can only assume that the next batch of Android phones after the service launch will support the feature. There is also talk of NFC stickers that can be used to literally slap the functionality on older phones, but we won’t be hearing anything more on that front until the Google Wallet launch is more widely acknowledged by the world at large and Google themselves. For the time being, keep your eyes open and see if you spot any Google Wallet enabled businesses by you.