Up Is Down, Black Is White: Google Starts Work on Car Service While Uber Has Plans For Self-Driving Cars 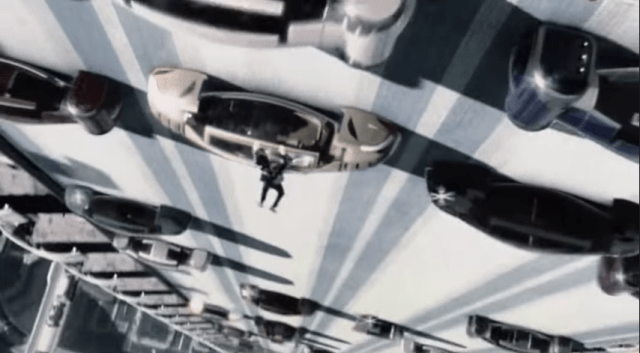 Meanwhile, I still want nothing to do with Uber or self-driving vehicles of any kind.

Bloomberg reports Google is trying to become a direct competitor of Uber, the app-based taxi service, even though their Google Ventures previously invested millions in the service:

Google is preparing to offer its own ride-hailing service, most likely in conjunction with its long-in-development driverless car project. [David Drummond, Google’s chief legal officer] has informed Uber’s board of this possibility, according to a person close to the Uber board, and Uber executives have seen screenshots of what appears to be a Google ride-sharing app that is currently being used by Google employees. This person, who requested not to be named because the talks are private, said the Uber board is now weighing whether to ask Drummond to resign his position as an Uber board member.

Well, yeah. That is kind of a shitty move, Google. However, not to be outdone, the same report mentions Uber’s newly announced plan to create self-driving cars (something Google has been developing for a while now). Uber wrote:

Uber and Carnegie Mellon University (CMU) are announcing today a strategic partnership that includes the creation of the Uber Advanced Technologies Center in Pittsburgh, near the CMU campus. The center will focus on the development of key long-term technologies that advance Uber’s mission of bringing safe, reliable transportation to everyone, everywhere.

The partnership will provide a forum for Uber technology leaders to work closely with CMU faculty, staff, and students — both on campus and at the National Robotics Engineering Center (NREC) — to do research and development, primarily in the areas of mapping and vehicle safety and autonomy technology.

Now my first thought here was, “wow, that’s going to be a lot of drivers out of a job,” but consider this from Bloomberg:

Google is a deep-pocketed, technically sophisticated competitor, and Uber’s dependence on the search giant goes far beyond capital. Uber’s smartphone applications for drivers and riders are based on Google Maps, which gives Google a fire hose of data about transportation patterns within cities. Uber would be crippled if it lost access to the industry-leading mapping application, and alternatives— such as AOL’s MapQuest, Apple Maps, and a host of regional players—are widely seen as inferior.

Right. Because Google rules our lives. Hrm. I for one welcome our self-driving Google taxi overlords?