Google Is Not Playing Around With Its Olympic Games Doodle 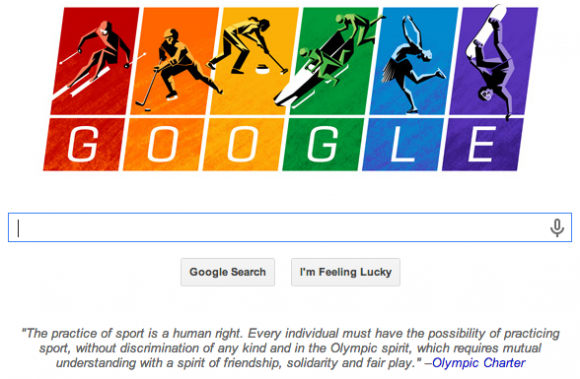 Google’s letting everybody know where they stand on the Sochi Olympics, with a rainbow Winter Olympics doodle that links, not to Olympic coverage, but to a search for the Olympic Charter itself. The Charter’s statement on equality in sports also appears below the search bar.