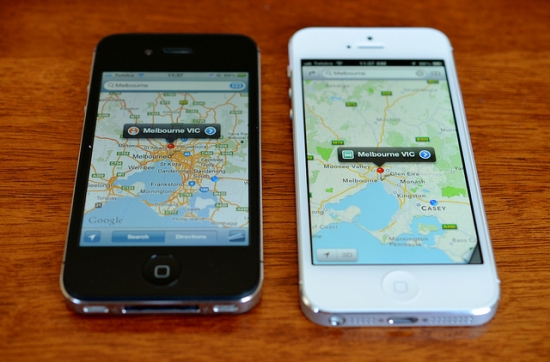 It took long enough, but Google Maps is finally back on the iPhone. Most people celebrated its return, but the Independent Centre for Privacy Protection in Schleswig-Holstein, Germany is saying a feature of the revived app violates European data protection laws. That may be true, but we’re just glad we can confidently look up where Schleswig-Holstein is on the iPhone again.

When users first use Google Maps they are prompted to give Google permission to collect what they say is anonymous location data and store it on the device. The issue the Independent Centre for Privacy Protection has with this is that it automatically selects the box to give Google these permissions instead of requiring users to highlight the box themselves.

A spokeswoman for the group, Marit Hansen, also says the app’s use of the word “anonymous” is deceptive. She said that “All available information points to having linkable identifiers per user.” This, Hansen says, qualifies the data being stored as personal instead of anonymous, and that would violate EU privacy laws.

Basically, according to EU laws, for a company to process personal data the users need to actively give their consent, not just be given the ability to opt-out. If the data Google is collecting is truly anonymous then the law does not apply, as it only pertains to personal information. Google can also easily fix the problem by making a change so the box is not initially checked automatically, since having to uncheck it is considered opting-out, while having to select it manually is considered giving consent.

It’s a small distinction for sure, but one it seems German privacy advocates feel very strongly about. Google offered this page outlining the anonymity of the data they collect as their defense. They explain that no personal data is collected, but they also link to pages that tell users how to opt-out of using their My Location service.

(via Computer World, image via smjb)