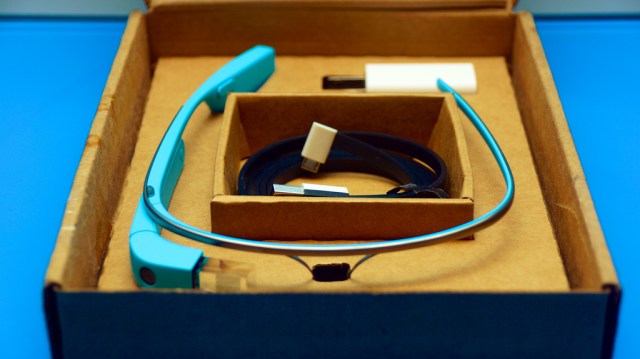 Still unnerved by the idea of people wearing Google Glass everywhere? If you live in Texas, Colorado, Michigan, Missouri, Virginia, or in New York City, there’s now a place you can go to get away from all that wearable tech: the Alamo Drafthouse.

Chief Executive Tim League made the company policy official yesterday in the typical way that companies now announce chances in policy — by tweeting about it:

The chain of upscale movie theaters is widely known for their sit-down restaurant atmosphere and their incredible commitment to theatergoing etiquette, particularly their strict “no talking or texting” policy. So piracy concerns aside, it makes sense for them to be a little more stringently anti-technology than other theaters. After all, you don’t want somebody interrupting the movie you’re watching with “Okay Glass, search for what other movies that one actress was in because I can NOT remember her name.”

But what about people who use Google Glass as their regular prescription glasses, like the guy who wore a pair to a movie theater back in January and got escorted off the premises by Homeland Security on suspicions of piracy? Yeah, you might want to consider bringing yourself a backup luddite pair just in case. The Alamo has kicked people out for way less: