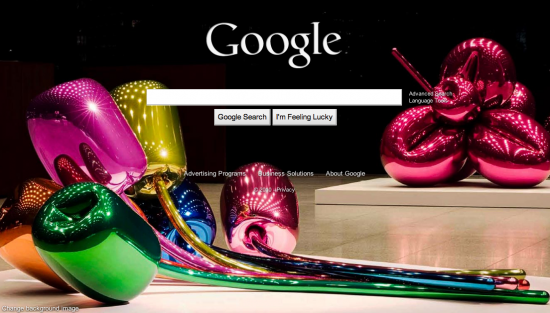 Last week, Google allowed users to set custom backgrounds on the Google frontpage for the first time, in a move that was more-or-less well-received, though many saw in it a hint of Bing imitation. But while people may enjoy choice, they tend not to like forced defaults: Today, Google is putting backgrounds on its homepage by default for 24 hours, and user response has largely been negative. A quick Twitter Sentiment analysis (using what is unfortunately a rather small sample size) reveals that of the people who have Tweeted about today’s Google background experiment, 86% have conveyed negative sentiments versus only 14% who have conveyed positive sentiments. Let’s just hope this doesn’t lead to any tech support calls.

But customers aren’t the only ones who’ve not exactly cozied up to Google’s background experiment: several Microsoft personnel have zinged Google for its Bing-like background choices with various degrees of wit and annoyance. 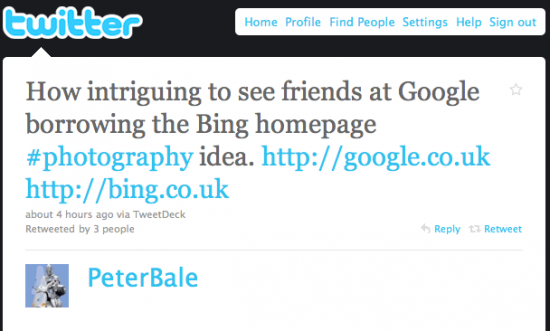 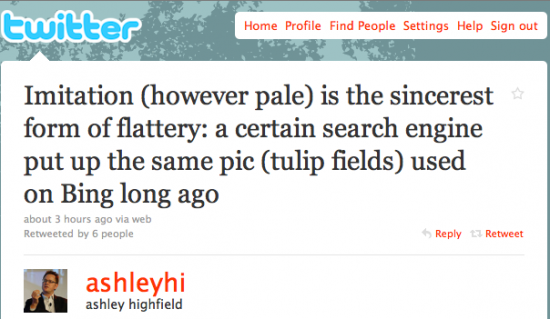 If the Google homepage backgrounds don’t suit your fancy, you can change it back to white by clicking “change background image” in the lower left corner of the homepage, selecting “editor’s picks,” going to the bottom, and picking white. But then, why are you on Google’s homepage in the first place? Save yourself the headache by Google searching directly from your browser bar; it’s built into Safari and Chrome, and you can install it here for IE and Firefox if you don’t have it already.